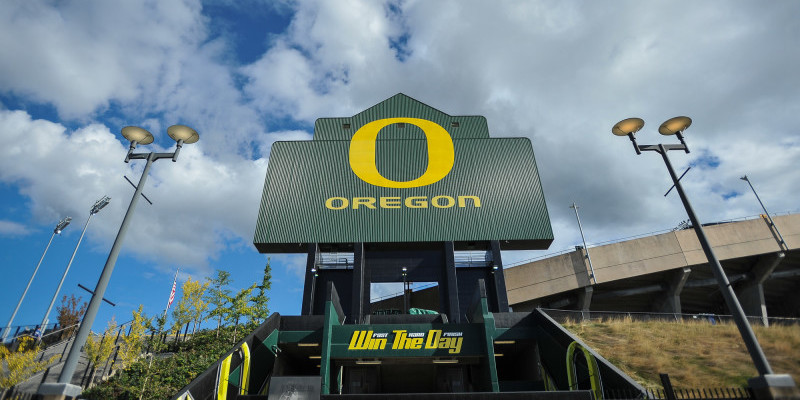 As most fans know, the Ducks have had a plethora of players transfer to the University of Oregon this off-season. Among those transfers, two that stand out are Ty Griffin and Vernon Adams, Jr.

There has been a lot of buzz around Adams, due to his amazing 2014 season with the Eastern Washington Eagles, where he had a total of 3,483 passing yards and 282 rushing yards.  Throughout his short career with the Eagles, Adams has compiled 10,438 total passing yards and 1,232 rushing yards.  Adams is considered one of the favorites to take on the starting quarterback position this fall for the Ducks.

Where does Ty Griffin come in to play in all of this though? Well, if he proves himself throughout spring practice and the spring game, he and his brother Taj Griffin could become the first brotherly duo in the backfield of the Ducks’ offense.

Taj is ranked as a 5-star running back and is planning on starting his career with the Ducks sometime during the 2015 season, even after struggling with an ACL tear he acquired in highschool, as reported by oregonlive.com.

However, the Ducks will remain focused on utilizing their current starting running backs Byron Marshall, Royce Freeman and Thomas Tyner for the time being to start the season. Oregon will also remained focused on quarterbacks Jeff Lockie, and Vernon Adams as well for the beginning stages of 2015.

Ducks fans should remain hopeful with the chance that option-running quarterback Ty and  dazzling 5-star recruit Taj will get a chance to run a drive or two together during their careers. The best chance of seeing this will most likely be in the spring game; if not, expect to see this dazzling duo later in the season if the Ducks have one of their famed blowouts against an opponent.

Stay tuned as we follow the Griffin duo throughout their careers with the Ducks.