Many people around Oregon are excited about 3rd year coach Dana Altman. Hopeful that he will be able to take the Ducks to the next level. This got me thinking about the contrast between Dana Altman and Ernie Kent, so I am going to compare the two coaches based on their first three years in the program. 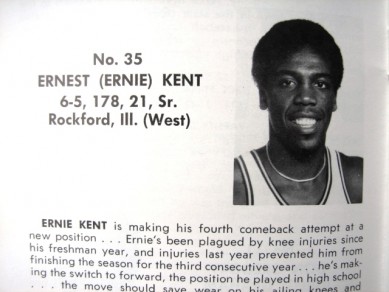 Ernie Kent: Kent started his basketball career as a player for Oregon during the 1973-77 seasons under coach Dick Harter. Nicknamed “Million Moves”, Kent was a member of the Kamikaze Kids known for their intense play and aggressive defense. Knee injuries would eventually end his collegiate career.

When Kent graduated from Oregon, he took a coaching job in Saudi Arabia to get his feet wet. After a short stint overseas, came back to the US to be an assistant coach for Colorado State, and then Stanford. He received his first head coaching job St. Mary’s. Coach Kent ended his six year tenure at St. Mary’s with a record of 90-80. In 1997 he received an offer to take over coaching the Oregon Ducks in replacement of head coach Jerry Green.

Dana Altman: Altman played basketball for Southeast Community College in Nebraska, where he earned a degree in business management. He started his head coaching career in 1989 at Marshall, where he coached the team one year to a 15-13 record before accepting a job at Kansas State. In his four year tenure at K-State, Altman finished with a record of 68-54.

In 1994, Altman was offered the head coaching job at Creighton, where he would eventually spend 16 years as head coach. He was very successful at Creighton, leading his team to 11 straight 20+ win seasons. His teams made 7 NCAA Tournament appearances, and another 5 appearances in the NIT Tournament. He ended his career at Creighton with a record of 327-176 to accept the position of head coach for the Oregon Ducks. Coach Dana Altman calls a play from the sidelines

Kent: In the first year under Kent, the Ducks seemed to struggle to find their identity. Oregon ended the season with a 13-14 record, and a conference record of 8-10. The Ducks tied for 5th place in the PAC-10 under first year coach Kent.

Altman: After a rash of player transfers in his first year as head coach of the Ducks, Altman’s squad was projected to finish in the bottom of the conference. Surprising many, the Ducks finished with a 21-18 record, going 7-11 in PAC-12 play. They tied for 7th in the conference and would go on to win the CBI tournament.

Kent: Coach Kent was able to turn the team around in his second year at Oregon. He ended the season with a solid record of 19-13, but again finished 8-10 in conference play. Oregon tied for 5th in the conference, but thanks to a better record received a bid to play in the NIT tournament.

Altman: Dana Altman took another step in the right direction in his second year at Oregon. The Ducks finished the season with a record of 24-10, and was 13-5 in conference play. They tied for 2nd in the conference, and many expected a trip to the big dance. Instead, Oregon received a bid to play in the NIT tournament, eventually losing in the quarter-finals.

Kent: The Ducks made a huge leap in Kent’s 3rd year at head coach. Oregon finished with a record of 22-8, going 13-5 in conference play. Thanks to a much better season, Oregon received a bid to play in the NCAA Tournament for the first time in 5 years. They would end up losing in the first round.

Altman: Coach Altman has yet to finish his 3rd season for the Oregon Ducks. His team is out to a fast start with an 11-2 record, with conference play starting this Sunday. If Altman can keep his team playing at their current level, they are projected to end as a top 3 team in the PAC-12. With a good season, Oregon hopes to play in the NCAA Tournament for the first time in 5 years — very similar to Kent’s 3rd year. Kent: Ernie Kent preferred the run and gun tactic. He put an emphasis on recruiting players with speed and excellent range behind the arc. Because of this, most teams under Kent were considered small, but could shoot the lights out. A good example was 5’7″ Tajuan Porter who broke the freshman PAC-10 record for 3-pointers made.

Altman: Dana Altman operates his team at fast pace much like Kent. The main difference is the focus on recruiting bigger players, an emphasis on defense, and winning the battle on the boards. Coach Altman has done an excellent job of locating junior college players and developing them into Division 1 talent.

Ernie Kent was a great coach for Oregon and was able to take them to the next level. Based on the first few seasons under Altman, this trend looks to continue as Oregon wants to re-establish itself among the top teams in the nation. Only time will tell if Altman can continue on the path to the top, but all indications are pointing in the right direction. Tune in this season to see where Altman will take the Ducks.