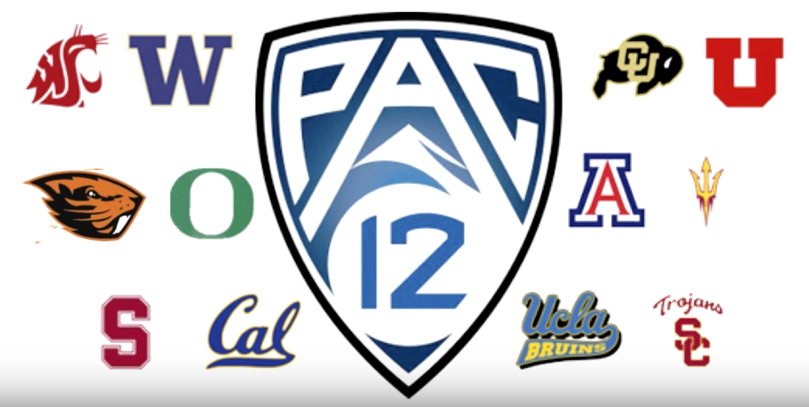 Fall is both football season and back-to-school time, so let’s grade head coaches in the Pac-12. They need most of the following for success: Bum Phillips at the Houston Oilers

The late great Bum Phillips said it best about top football coaches: “He can take his’n and beat yourn and take yourn and beat his’n.” The best coaches adapt and mold players into cohesive units, finding ways to win.

Jim Mora, UCLA: does less with more. A ton of talent as usual. Good personality, but seems light on confidence, often out-coached. Constant staff turmoil with too much “SoCal cool.” Another underperforming season and the hook is likely. Grade: D

Todd Graham, ASU: disjointed, confused, directionless program. Lousy defense (we know that movie). Game management in serious question. Distant from fans, media. They could be better, but lack cohesion and discipline. The heat is on and the “devil” may have his due. Grade: D

Gary Anderson, OSU: Third-year floundering continues. Program searching for identity. Star power and innovation questionable. Must progress soon or mediocrity will continue. Players are buying in, but to what? Is he unable to recruit talent? Do we smell a rat(rodent), here? Grade: C-

Rich Rodriguez, Arizona: Last year an aberration? This guy is innovative, clever and charismatic. Turnaround is possible. Installed an effective run game to dethrone a Duck stranglehold on rushing in conference. A young team with upside. However, lay another egg this season, and watch out for that screen door! Grade: C Justin Wilcox, California: Jury is out on this HC. First-timers get a pass. The season will demonstrate his team motivation and personality. Defense: Toughness in his DNA. Resources and school interest a problem. Has an attack mentality, and creative. Assembled a good staff to build upon. We’ll see, but great start. Grade: Incomplete?

Willie Taggart, Oregon: What he’s done in nine months is amazing. Has skill and traits to succeed, with high energy and passion. X’s and O’s are a big question mark. How will he handle game adversity when it comes? A winning season is vital to be relevant again. Players buying in. Grade: B (mid-terms only)

Clay Helton, USC: Boatloads of talent, tradition, resources and hype! Prone to being out-coached, lacking innovation. Ten wins? Is he the reincarnation of other Trojan coaching legends? Doubtful. Time and wins will answer that. Team seems dull, predictable and undisciplined. Grade: C+

Mike MacIntyre, Colorado: Terrific 2016 season. One-hit wonder or ready to join the top echelon of conference coaches? This year should be the tell; another nine- or 10-win season is confirmation. He is bright, has staying power and his guys believe. Solid in all areas, defense especially: a recipe for wins. Grade: B

Kyle Whittingham, Utah: Physical, hard-nosed, no-nonsense team. Amazing bowl record. Well prepared team. Lacks depth and, historically, fades at season’s end. High integrity, and his players respect and play hard for him. Has not won the South, yet. A tough out, demanding your best effort to beat him. With a stand-out QB could vie for South title. Grade: A-

Mike Leach, WSU: Pullman, like Lubbock, is not the end of the world, but you can sure see it from there! Their rise from the bottom is remarkable. Premier passing game. Sets up the run. On defense his guys fly to the ball. Crazy like a fox. Staff and players like his style and have bought in. Grade: A- Chris Peterson, UW: After four previous losers, Don James is finally smiling from above. Peterson has all the traits and skills needed, or hires quality coaches that complement weaknesses. His teams are skilled, aggressive, clever, adaptable and most importantly, confident. They are constantly in attack mode. The program has vision and direction, honed by years of a coach doing more with less. Seattle is rejoicing. Eugene and the league, not so much. Grade: A

Grades on Oregon’s Past Football Coaches, for Comparison

Feel free to pile on with your assessments:

Don Read: Nice guy. In over his head. No resources or talent. Grade: C- Mark Helfrich: Good offensive mind, loyal, reserved, reclusive. Bled green and yellow. However, could NEVER spell defense and seemed in over his head, hence his downfall. Poor at connecting with fans and media; a factor. After having a Heisman QB, down went the program. Grade: C+

Willie Taggart: Recruits well, visionary, enthusiastic, built previous programs to success. Draws players, fans and media to him, including quality staff hires. May be the real deal, as mentioned above. Grade: To be decided with time …

The ultimate barometer for success is W’s and L’s. Getting there with integrity is important. December/January is the final tell (exam).