Oregon Football has been built on a foundation of continuity, innovation and those diamond in the rough players that we, as Duck fans, have loved over the years. Our program has felt like a family, with familiar faces on the sideline and in the locker room. We were comfortable, we were confident and each year, when our recruiting class was announced, we fully believed we had a group of guys everyone else had overlooked and undervalued.

We believed we would do it again this recruiting season, that we would find the next Marcus Mariota or Kiko Alonso. Those days, however, have come to an end. We have a new staff and a new direction, one that strives not just to throw our hat in with the blue bloods of college football every couple years, but prove to them that we belong there consistently. The first step to achieving that goal is revamping the program’s recruiting efforts.

What is actually changing? 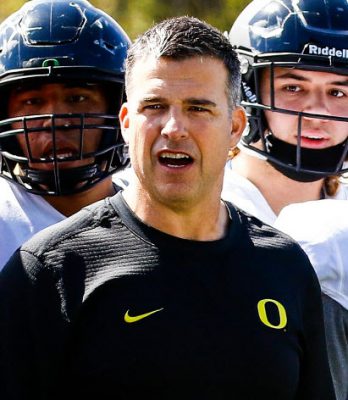 The answer is that Mario Cristobal is trying to build a recruiting machine like one you would find in championship-level programs, one that focuses on all aspects of recruiting and player development (for more details on this specifically, I would highly recommend ScoopDuck.com). Our program will go from one that built each recruiting class one prospect a time, to a program that has irons in the fire 3, 4 or 5 classes in advance. So, for us fans, we will see more high-level prospects including Oregon on their lists, but unlike the far-too familiar scenario in years past, we will actually get to be the bride instead of the bridesmaid on Signing Day.

What am I asking the fans to change?

Well, from time I’ve spent on various comment sections and message boards, I get the sense Duck Fans still have the old way of thinking. We are desperate for Oregon to make an offer to that 3-star wide receiver with limited abilities because there might be a small chance he is our next breakout player. We are convinced we won’t land the top guys on our board. We are itching for our fix of underrated, under-recruited, well-hidden superstars, the type of players we have relied on so heavily in the past.

Some of you may still be thinking: Isn’t it a little early to buy in to the new direction? Where are the results? My answer would be no, it is not too early. Coach Cristobal is building on the foundation left by our former coach by continuing to bring ELITE recruiters to Eugene. One prime example is the hiring of Donte Williams, who is widely recognized for his recruiting ability. If the only two assistants on our staff were Williams and Keith Heyward, we would be in excellent shape recruiting-wise, but lucky for us we have even more to offer.

We are already seeing the results. According to Duck Sports Authority (Rivals) rankings from 2008 to 2016, only 35% of our recruits were 4- or 5-star prospects. In 2017, a class that was built in the 11th hour, 36% of our class was 4-star prospects. This year, the 2018 recruiting class early signees alone consist of 46.6% 4-star prospects, while 45% the entire commitment list (guys who are expected to sign on NSD) are 4-star athletes. That is a trend heading in the right direction, and the best may still be yet to come for the 2018 class.

What am I really saying?

I’m saying that as Duck fans we need to re-calibrate our expectations and desires for our recruiting classes. We should be optimistic about what the future holds because it appears we will have a collection of talent unlike anything we’ve seen in the past. I’m not saying we should be star chasing, but we should be landing guys that teams like USC, Texas, Ohio State, and yes even Alabama are pursuing, regardless of whether he is a 3- or 5-star prospect. We won’t win all the recruiting battles, but we will win enough to get our roster where it needs to be to get us that elusive title.

Does this mean we shouldn’t hold out a little hope for finding the Marcus Mariota or Justin Herbert, players hidden away in the vast recruiting terrain? I know I still will, but we need to be (and will be) in a place where those players are the delicious cherry on top of our class as opposed to the foundation. Recruiting is changing for the better, Duck fans. Are we ready to change with it?