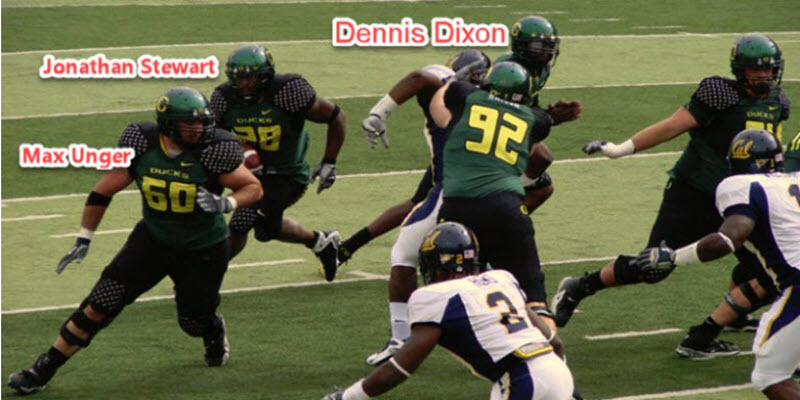 Ask recruits in Mario Cristobal’s remarkable, star-studded 2019 class why they considered Oregon and I’d bet first and foremost they would trace it back to the glorious Chip Kelly tenure of their formative years. That success was astounding— not just a fluke year (such as can occur in a “wonder year” among Willamette Valley Pinot Noir producers), but a succession of excellence pouring forth from this little town in the most verdant of valleys. We are now set upon a course that appears its polar opposite.

Have we forgotten the shock-inspiring, jaw-dropping football, the likes of which had not been seen in the Power 5 for years? The Ducks didn’t defeat teams, they demoralized them. Humiliated them. They reduced them to shame-faced shenanigans like repeatedly feigning injuries just to get the resuscitation vainly hoped for from a few minute “blow.” It was the equivalent of watching a marathoner attempt to defeat a 100-yard man in a sprint. No contest.

One of the key ingredients, the hurry-up, began in practice: players did everything as fast as possible, with no wasted time. Not only was efficiency increased, but learning also benefited from the intensity and increase of repetitions.

What truly blew up the football world, however, was the overall team speed: these were peregrine falcons disguised as mallards. Add No-Huddle and hurry-up to the mix and… Wow!

Yes, winning will always make for popularity: everyone deservedly loves a winner. But if you can prevail like Roger Federer, like Neymar the soccer star, like Tiger Woods — that’s a different galaxy of talent, of fan excitement. And Oregon had that. Oregon became America’s team. “Track town” morphed to “Football town.”

Certainly, the Ducks fielded very under-appreciated defenses. Nick Aliotti, forgive us! You were a defensive genius.

But truly, it was the Ducks’ offense that exploded upon the national conscience. Yeah, it had dependable, glue-fingered, lunch-pail performers like Jeff Maehl, Lavasier Tuinei, Dwayne Stanford and Keanon Lowe. But what red-lined heart rates were De’Anthony Thomas, Devon Allen, Josh Huff, Byron Marshall, Bralon Addison, Darren Carrington and Charles Nelson. Look away for one moment at your peril — you could miss a house call! Yet, those guys were only the appetizers, the “amuse bouches.” The payload, the hyper-sonic attack missiles were the backs: LaMichael James, Kenjon Barner, Marshall, Thomas and Royce Freeman. Stop them? Not likely when you had quarterbacks that weren’t shy in showing with their feet how the Zone-Read became the most lethal scheme in football. The Heisman, justifiably, was raised by the apotheosis of a dual-threat QB, the justly sainted and unequaled Marcus Mariota.

What made that attack work? Mobile linemen. Ferocious blockers at receiver. Tight ends that could block and catch. Go ahead, pick your poison; the consolation was that it was quick-acting.

Now, we’re immersed in a completely different system. No more rapiers, lightning fast feints and lunges, no more “go ahead, shake your head!” Certainly, a claymore can do a lot of damage; heck, it was reported to have cleft many a man in twain.

Will winning ugly, in short, be good enough? Will fans, or more importantly, the players, remain enthusiastic as feather-after-feather is clipped? How many people stop in amazement to watch a duck fly, after all?