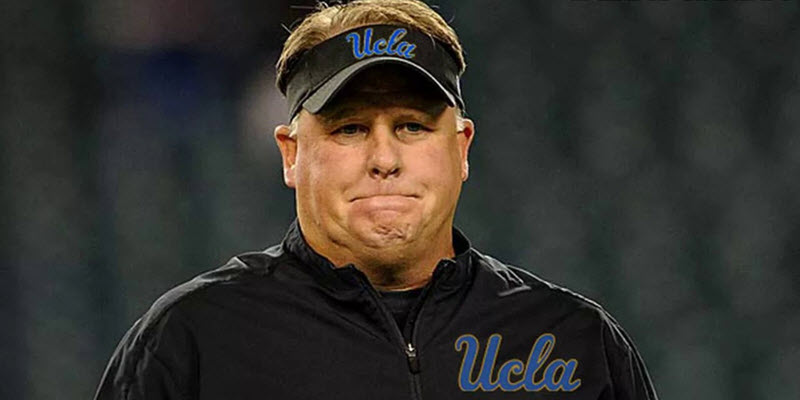 Of course, hindsight is always 20/20, but if posterity was of the utmost importance to Kelly, had he just walked away from it all, he could have become the Jim Morrison of college football — a few short years of brilliance, disappearance and then the mystique of leaving everyone wondering, “What could have been?”

From there, the “what could have been” grows into legend and becomes even bigger than what actually was. Unfortunately, as with Morrison, an early death is often required to reach such legendary status. So with Kelly, thankfully, that won’t be the case. 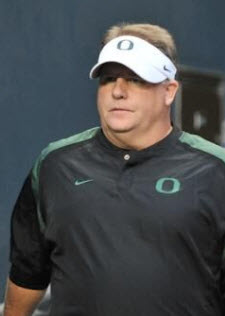 The mad genius as coach of the Ducks

It’s 2019, and if Kelly thinks he can succeed by simply out-scheming people on the heels of a 41st-ranked recruiting class (per 247sports.com), he’s in for a rude awakening. Keep in mind that during his six years at Oregon as offensive coordinator and head coach, the Ducks only had one class fall outside the top 20.

UCLA finished the 2019 recruiting cycle ranked in the 40s nationally, closely followed by the “powerhouse” likes of Cal, Utah, Colorado, Duke, Maryland and Boise State. Somebody needs to shake Kelly up and let him know that Hollywood is not Boise. Having lived on the west side of Los Angeles for a dozen years myself — several of those about five minutes from Westwood — I can tell you from personal experience that if you can’t recruit to the limelight surrounding the UCLA campus, you simply can’t recruit.

Folks this is, dare I say – hubris.

If Kelly didn’t want to recruit when he took the job, then he needed to hire top-notch assistants who could recruit for him. Clearly that didn’t happen, given the Bruins’ underwhelming haul, despite residing in one of the most fertile recruiting grounds in the country.

Kelly walked into a perfect storm for success at Oregon. USC was free-falling, Washington stank, and UCLA was its always under-achieving self. The only conference competition came from Stanford. Beat Stanford and you’re a national title contender; lose to Stanford and you’ll still have a top-10 season. Easy-peasy. 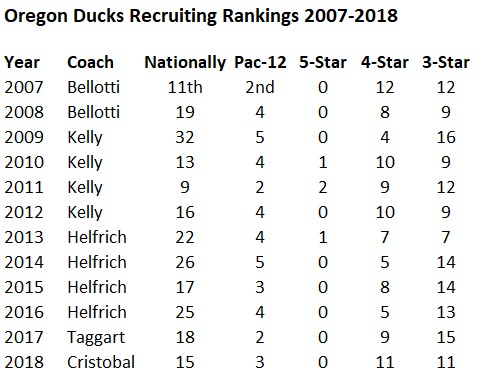 Rankings are from Rivals.com, which had Oregon ranked 7th nationally in 2019.

Mike Bellotti had just put together two top-20 recruiting classes (see chart) in 2007 and 2008, and the long-time Bellotti culture and coaching continuity at Oregon still worked wonders in those pre-social-media-dominated days. It was really plug’n’play with Kelly. Don’t change a thing, turbocharge the offense you implemented two years earlier, and let Nick Aliotti and the other assistants continue their high-level work.

Kelly went on to have successful recruiting classes at Oregon in spite of himself. The wins and coaching staff brought in good players, not Kelly. It was almost as if he couldn’t have cared less. Perhaps the Ducks would have landed a couple of top-10 classes had Kelly applied himself to the task. But he was the mad genius who locked himself in his offensive-laden laboratory; he couldn’t be bothered by trivial distractions like recruiting.

Unfortunately though, this isn’t the way it’s working out for him at UCLA. He had to put together his own staff this time and transition to a new offense from Mora’s pro-style of play. As we saw in 2018, UCLA is going through serious growing pains. But just how much can they grow with the country’s 41st-ranked recruiting class?

Kelly was successful at Oregon with the combination of top-20 recruiting classes and an offensive scheme that was far ahead of what everyone else was doing. This is what propelled Oregon into a top-five program in his four years as coach. 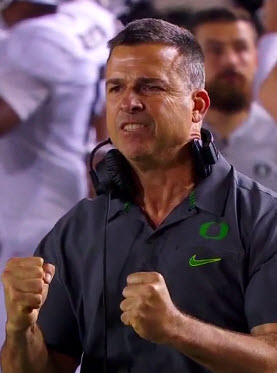 But the scheme advantage Oregon had at the time came with an expiration date. It was only a matter of time before perennial top-10 schools would not only learn to defend it but implement it as well. Then you’d have schools running the same offense as Oregon, but with better players on both sides of the ball.

And let’s keep in mind, as magical as 2009-2014 was, the Ducks couldn’t win it all. Even with all the scheme “advantages,” the Ducks still lost to teams of superior talent. This was the exact time that Oregon needed to cash-in on its success and become a recruiting powerhouse.

But we know how that went.

Kelly didn’t care and Mark Helfrich proved inept. Because of this, the Ducks had no chance in the long haul of becoming a perennial top-10 power.

And now poor Kelly thinks he can wave the magic ‘scheme-advantage’ wand with the 41st-ranked recruiting class and – poof – end up in the college football playoff? If that’s the case then Kelly isn’t waving a magic wand. He’s waving a peace pipe.

Simply put: At the height of Kelly’s powers, he had a massive scheme advantage paired with top-20 recruiting talent. Now, he has no scheme advantage and the 41st-ranked talent. We can all see how this will not add up to success for Kelly in Westwood.

Connecting Kelly to the Ducks of Today 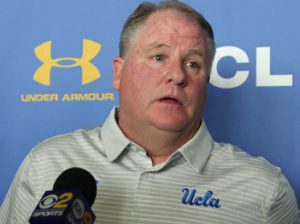 The thousand-yard stare of a coach who can’t recruit top talent right out of his own backyard.

The good news when it comes to analyzing the folly of Kelly is that it shows that Mario Cristobal has the Ducks doing exactly what needs to be done to become an elite program. Recruiting is king — always has been, always will be. Kelly turned college football on its head for a few short years, but it was never meant to last.

As Duck fans during the Kelly era, we hated it when opposing schools called our hurry-up offense “gimmicky.” But painfully, they were right. I’m sure many of us considered it at the time, thinking, “How long can we out-scheme people like this?” But we didn’t want to admit it. We didn’t want to be the buzzkill.

Looking back at it, did we really think that this one guy would always be that much “smarter” than everyone else? It was fool’s gold, and most of us, including yours truly, bought into it.

But now is the time to rejoice. Things have come full circle at Oregon, as the most important component in college football is acquiring talent. And we have a coach in Cristobal who has a tremendous “scheme” to acquire that talent.

Now, ironically, if we could only get Cristobal on track when it comes to that offensive scheme.