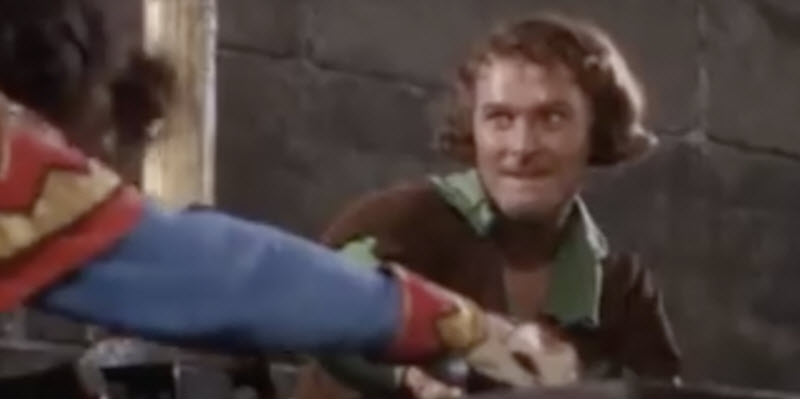 As a kid, I admired this Errol Flynn gesture:

Upon disarming his opponent in a sword fight, Flynn graciously returned his rapier. Had his competition been Bill Belichick, Tom Brady or Julian Edelman? Flynn would have poisoned him pre-duel.

Yeah, I know the difference between films and reality, but aren’t we all feeling queasy at what our sports world has become?

“Go Pats!” catches in the throat when one considers “Inflategate,” Spygate” and Edelman’s suspension for using performance-enhancing drugs. And we question the Super Bowl itself: three really bad calls against the Rams during critical times? And those weren’t isolated incidents, either. The conference championship games featured “questionable” calls, too — one especially so.

Thank goodness for college football, right? Hmmmm … There, too, the champion is tainted: three Clemson players tested positive for banned substances before the playoffs, and Coach Swinney offered this explanation: tainted water in the rehab tubs(?).

Living in Tracktown, these matters strike especially close-to-home. Is there a more controversial athlete than the silver de-medaled Mary Decker-Slaney? Track-and-field has been tainted by so many doping scandals across different events that sprinter Ben Johnson‘s case is not unusual, it’s commonplace.

A-Rod had a rocky end to his career after being suspended for using PEDs.

However, cheating through chemistry isn’t the only way. Other types of game-altering by officials, coaches, and players is less visible. It has been excused by the argument that American professional sports is a misnomer, that it’s actually entertainment.

Ex-NBA ref Tim Donaghy has stated that star players get commissioner-sanctioned preference in foul calls. After all, folks do tune in to watch superstar-driven teams. Sometimes these have an historic impact, as in a famous series-ending shot by Michael Jordan.

Money Makes the World Go ‘Round

And what of the pernicious impact of gambling? Jordan, at the pinnacle of his basketball dominance, “quit” the sport only a few months after the league announced an investigation into his alleged gambling troubles.

Not long beforehand, Jordan was called to testify in a criminal trial about the $57,000 he paid to a convicted cocaine dealer for a gambling debt.

In baseball, many think it’s been clean since “Shoeless” Joe Jackson and the famous fix. But what about Pete Rose‘s long-ignored gambling problems and his consequent ban? Gambling and professional athletes: is it really a one, or two man problem?

Game fixing. I’ve said it! Those words are the third-rail of professional sport. It comes tethered to professional gambling and organized crime. The troubling part is that we are witnessing the steady assimilation of betting lines into sports television. Are fans being “groomed” to accept this Las Vegas linkage as safe?

Gambling is listed as an addictive act, like abusing drugs or alcohol. So is it shocking to think that those in physical danger or heavily in debt would turn to cheating?

It’s past the time that we should have zero tolerance for doping and gambling in American sports: anything else is a sucker’s game.