“Tough … Physical … Impose our will … Dominate the line of scrimmage … Win the trenches,” etc., etc …

All are terms that Mario Cristobal loves to throw out when describing his new identity for the Oregon football team. But there’s a term I’d like to hear more of around the Oregon offense.

Before I dig into my issues with the Oregon offense, I feel the need to reiterate my overall thoughts on Cristobal before I get accused of being nothing more than a malcontent bellyacher. I like his recruiting, leadership, work ethic, defensive coordinator hire, emphasis on size and physicality … the list could go on. Essentially, I like everything Cristobal has done, except on the offensive side of the ball.

The win against Stanford was a nice victory. Yes, a win is a win. But the win left much to be desired. First of all, this wasn’t a good Stanford team. The Ducks should have put them away early in the second half but went conservative. If the Ducks had played this way against a better opponent, like UW, we may have witnessed a repeat of the Auburn game.

If these Ducks, these players, these coaches had already proven themselves over the past couple years as an explosive offense (sorry, the Nevada game doesn’t count) and this was just an “off game” (like Clemson this past weekend) or “due to strategy” then I would understand. But this offense has shown nothing the past two years under Cristobal, so us fans have every right to worry. 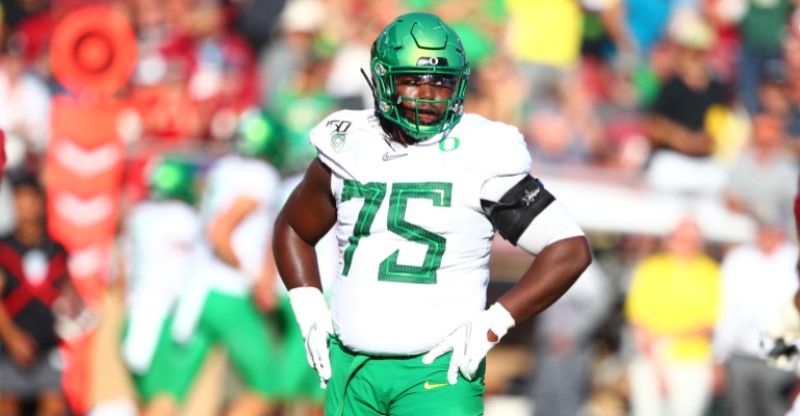 Cristobal’s “three yards and a cloud of dust” mentality is clearly holding the Oregon offense back. It’s the thing of meatheads. Like the bully on the playground, ”This is what I’m doing, just you try to stop me!”

Well guess what, they are! Just think of that 4th-and-1 call against Auburn.

The Oregon running game, behind a talented and experienced offensive line, is way too ordinary, predictable and easy to defend. The play calling is conservative. The passing game is tame. Former Oregon DC Nick Aliotti has sounded like a broken record analyzing Oregon’s predictable offense. Even the likes of Nevada could stop them.

Some may say, “well, we don’t have Royce Freeman anymore.” We don’t, and we may never have another like him. The Ducks have talented enough backs and it isn’t necessary to have future top NFL draft picks to run successfully in college; the offensive scheming is to blame.

This falls on Cristobal and whether he’s holding offensive coordinator Marcus Arroyo back or Arroyo just isn’t up to the job. If he’s holding Arroyo back, then set him free. If he (Slick Willie’s leftover) isn’t good enough, then holy smokes, last season made it more than clear that he wasn’t up to the task. 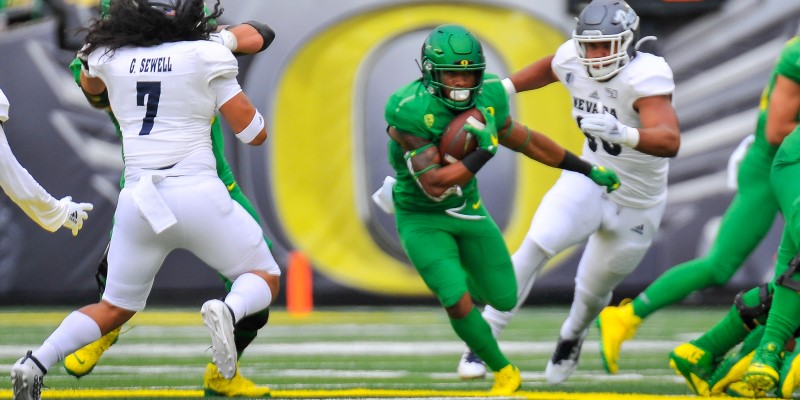 Oregon’s running game and overall offense is not where it should be.

I harped on this after the Auburn game, maybe some of you are rolling your eyes that I’m doing it again. I’m fine with that, because I’ll continue to harp on this as I believe it’s the one thing holding this team back from being something truly special.

In the three areas of football, this team is currently comprised of a great defense, solid special teams and a bland, ineffective offense. The offense looks less than the sum of its parts, and problems such as this must be discussed until rectified. Offense is the single biggest problem on this team.

I saw Bob Seger a couple of weeks ago on his farewell tour. As Seger kicked into “Old Time Rock & Roll” (I went to the bathroom because I don’t like the song), it got me thinking about how Cristobal apparently likes the old-time offenses.

It’s as if Cristobal is trying to win games the way teams like Alabama did back in the 2000s. You know, the “slow it down, grind it out, impose your will” type of football. The problem is that today’s two pillar program’s — Clemson and Alabama — don’t do that anymore.

Even Nick Saban adapted to the wide-open and free-flowing attack. In his time at ‘Bama, was Mario so entrenched in coaching the trenches that he didn’t take note of how the rest of the offense was operating around him?

(And as Mr. Fishduck has pointed out on several occasions, Clemson runs much of the old Chip Kelly offense.) 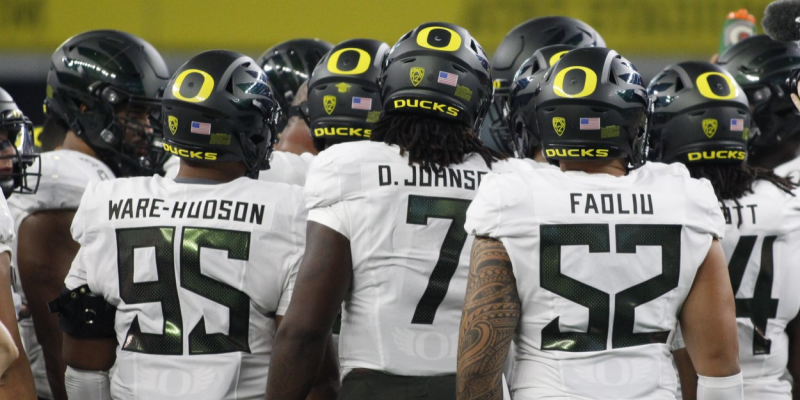 Oregon is accumulating many big bodies.

So, the only conclusion we can draw is that Cristobal thinks that the Ducks are going to contend for national titles with yesterday’s old-fashioned style of football. It ain’t gonna’ happen, Mario. Let’s look at how many points other top-25 teams put up this past weekend against lesser conference foes:

Where Oregon was once the pioneer of creative offenses and ahead of its time, the Ducks are now stuck in the proverbial offensive dark ages. Football’s future has regressed to football’s past, where we’d just like the Ducks to be in football’s present.

Fooling an opponent with some creative scheming and trickery is just as sexy as pile driving guys at the line of scrimmage. The object is to move the ball down field and score touchdowns by whatever means possible. Whether that be by playing physical, playing smart or optimally, playing with both. It’s not about proving your manhood, it’s about winning.

As I’ve said, I believe Cristobal has made terrific decisions on all other aspects of this team, so I don’t believe the offensive woes are due to a lack of grey matter. Please Mario, let’s not let ego and tough-guy stubbornness sabotage this potentially terrific Oregon football team.