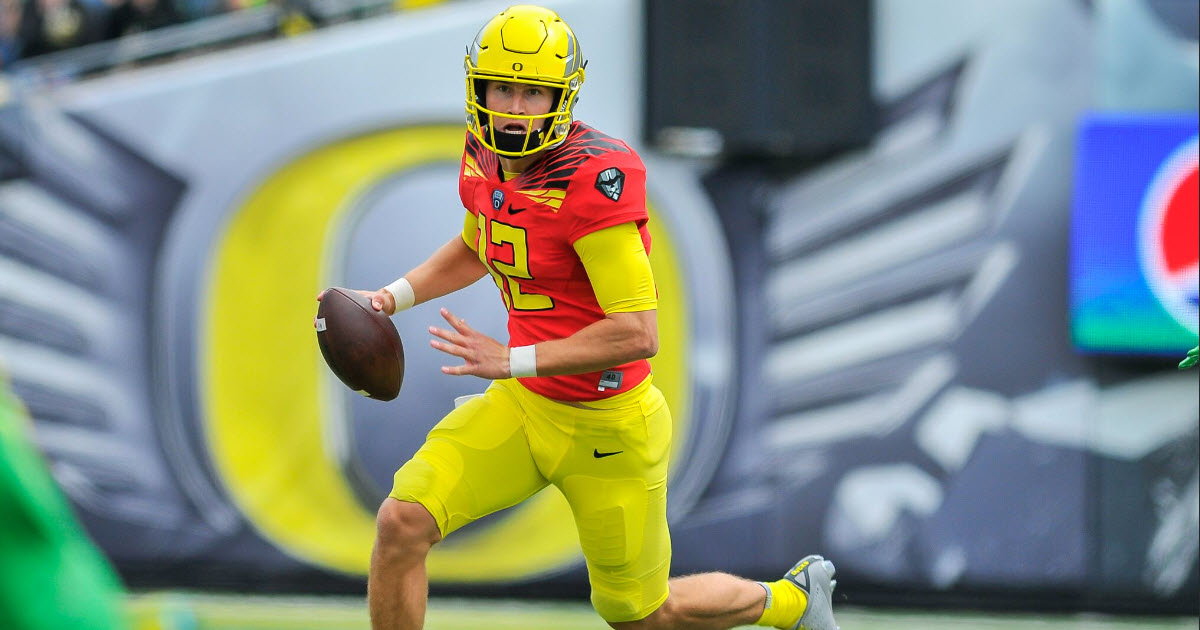 The college football season kicks off in 240 some-odd days, but it is never too early to start looking ahead!

After a breakout 2019 season, the Ducks are the odds-on favorite to win the conference again in 2020. While there is strong reason to believe they can repeat as conference champions in 2020, nothing is certain. The Ducks should win the Pac-12 again in 2020.

But who will the Ducks match up against? Arizona is an unmitigated disaster, Utah will need to rebuild after losing so many starters, Colorado is still building its program, UCLA is on the brink of a total program meltdown and USC has struggled to put together multiple games of high-level play .

That leaves Arizona State. The Sun Devils will be the team that Oregon faces for the Pac-12 championship in 2020. Kayvon Thibodeaux could lead the nation in sacks in 2020.

The Oregon defense will be the most talented and most proven defense in school history. The unit held eight opponents to 20 or fewer points in 2019, and will have the chance to improve with the amount of talent returning, as well as the talent coming to Eugene.

With at least two five-star defenders joining a unit that boasted the conference lead in interceptions and sacks, the unit has a chance to be the best to ever suit up for Oregon. The unit loses Troy Dye at middle linebacker, but no other statistical darling departs the group.

Four juniors from the defense elected to return to school, solidifying the defensive line and secondary as arguably the two premier units in the conference. The secondary, in particular, may be the best in all of college football, with four players named to the PFF Top 30 defensive backs list.

The Oregon offense will certainly be different in 2020. After Marcus Arroyo departed for UNLV, Justin Herbert and five of the top six offensive lineman graduated, and Mario Cristobal picked up Joe Moorhead as his offensive coordinator, it is fair to expect the unit to perform differently next season.

Moorhead has been referred to as a “savant” and was instrumental in bringing Penn State to the forefront of college football with absolutely lethal offenses. Losing Arroyo would be viewed as a loss, except that concerns over his playcalling persisted during his tenure in Eugene. Moorhead should be able to propel a unit that will field several new starters. 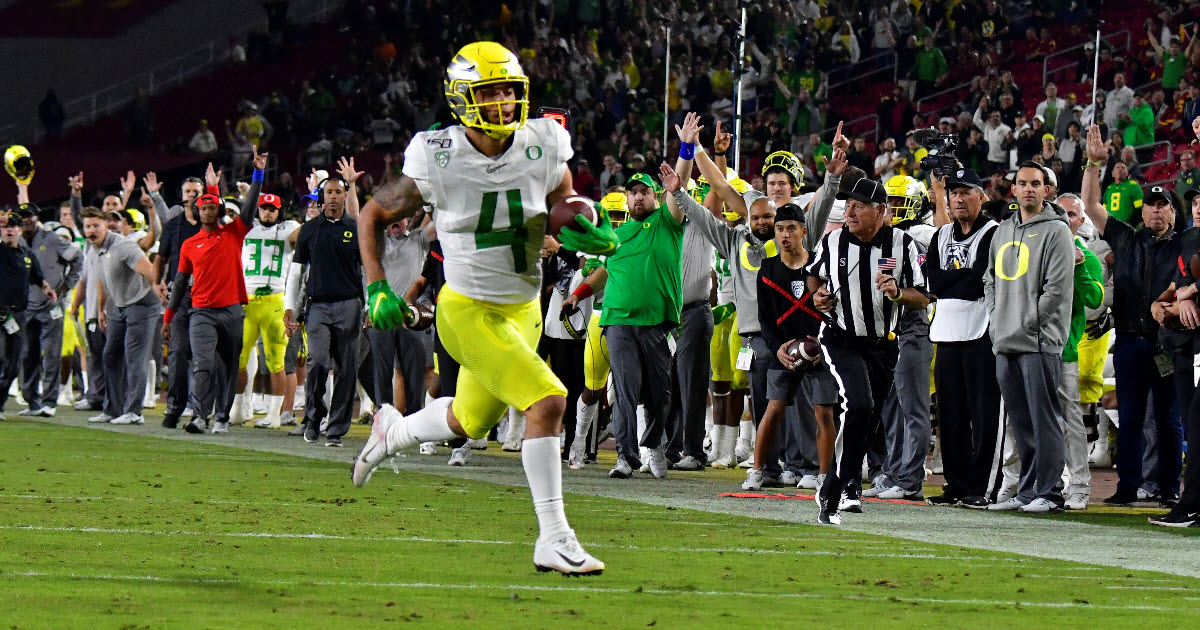 Mycah Pittman should blow up in 2020.

The Ducks will have to break in a new starting QB. With a four-man race between three freshman and a redshirt sophomore, the Ducks will likely be playing a first-time starter to kick off 2020. Tyler Shough is the early favorite to start after looking sharp during limited playing time in 2020.

CJ Verdell, Travis Dye and Cyrus Habibi-Likio all return at running back. Verdell completed his second 1,000-yard season in as many attempts in 2019. Due to the pass-heavy attack in 2019, Verdell rushed for only eight touchdowns and Dye had none at all. Expect the 2020 squad to lean more heavily on the run to make up for the new starting QB.

The offensive line may have to replace four starters and its first player off the bench, but they should be more talented in 2020. With several young, four-star players on deck, the Ducks may have the best offensive line in the conference for the next half decade, starting this year.

Overall, the Ducks will field an extremely talented team in 2020. They bring in a talented offensive coordinator, and have several young players poised to break out on offense. Defensively they may field the best defense to ever call Eugene home, giving them a chance in games where the offense struggles.

The Case for Arizona State 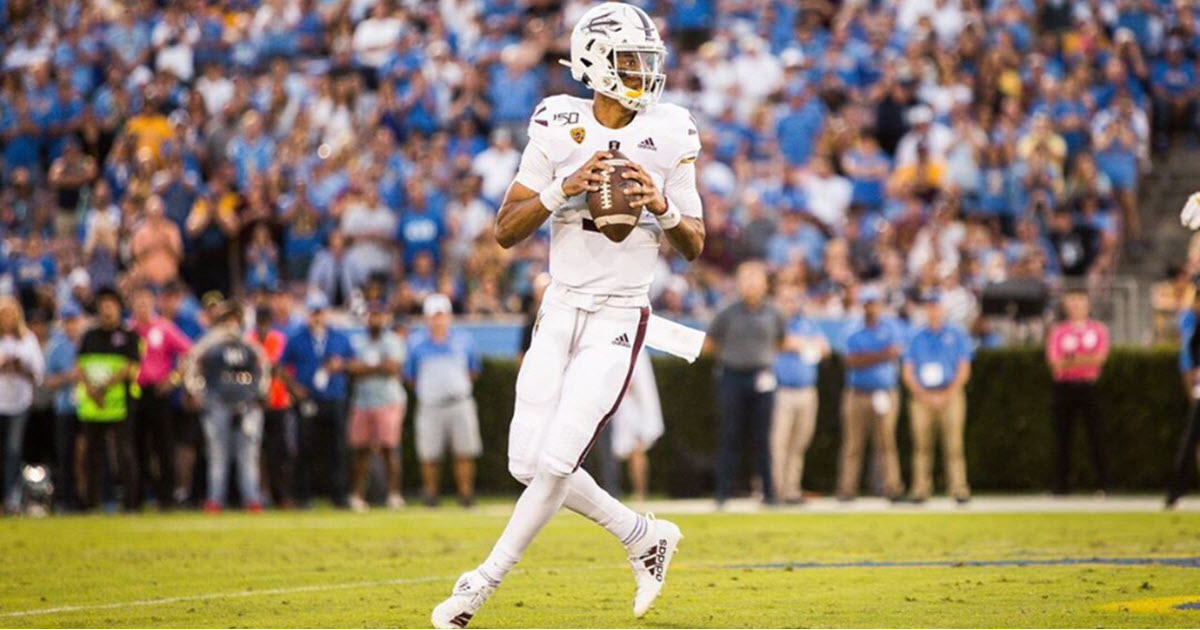 Jayden Daniels torched the Ducks in 2019.

The Sun Devils are going to be very good in 2020. After an up-and-down 2019 highlighted by a stunning upset of Oregon, ASU is poised for a break out 2020.

After an impressive 2019, expect returning QB Jayden Daniels, now a sophomore, to have a huge year in 2020. As a true freshman, Daniels threw for 2,943 yards with a 17-2 TD to INT ratio. He also rushed the ball for 355 yards and three touchdowns, showing flashes of brilliance.

The Sun Devils lose Eno Benjamin to the NFL after a productive, if not win heavy, career. The team does not return a running back with more than 50 yards, but having Daniels should mitigate any drop off in the running game. Their top rated recruit, Daniyel Ngata is a four star rated running back and early enrollee. Expect the freshman to see immediate playing time.

The receiving corps lost soon-to-be NFL WR Brandon Aiyuk but added three four-star wide receivers, including Johnny Wilson, a former Oregon commit. The offense should be more pass-happy than last year given the departure of Benjamin, so the young wide receivers will have a chance to step into a big role early.

After a decent season defensively, the Sun Devils should take a step forward after adding impact front seven defenders as well as spending the spring developing a young but talented unit. The defense came in at No. 5 in the Pac-12 in 2019, allowing 22.4 points per game. The ASU defense could be the surprise unit of the 2020 Pac-12 season.

Oregon had its season derailed in 2019 after a loss to the scrappy Sun Devils on the road. The Ducks were poised to get to the college football playoff, but were overwhelmed by a lethal ASU passing game. Despite a late comeback, the Ducks could pull off the win and they failed to make the playoff.

In 2020, ASU would almost be favored given their proven QB and a decent defense. Almost favored doesn’t mean favored, though, as the Ducks return one of the best defenses in the country and have an offensive guru who was just unceremoniously fired after a decent season as a head coach, coming to coach a unit with enough talent to play with any team.

Ultimately, Oregon would be expected to win after what could be a dream season in 2020.

Now it is time to see if they can pull it off in real life.