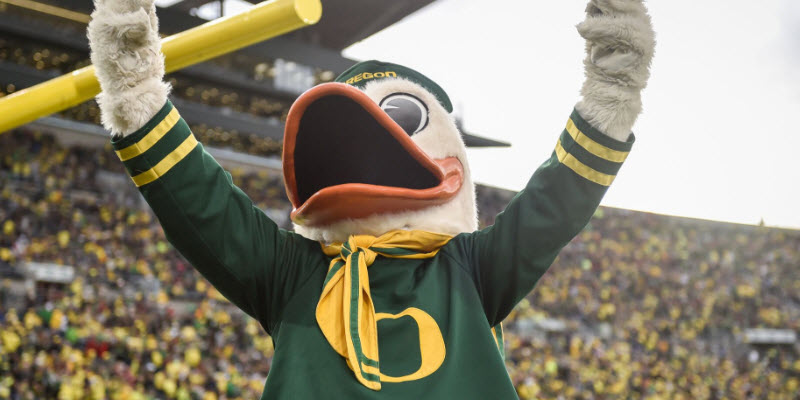 Here on the campus and across the state and nation, many a Duck fan is becoming aware of a budding intra-conference displeasure with Oregon. This presents itself in subtle and not-so-subtle ways.

Call it an identity crisis of sorts, even bordering on ENVY (one of the Seven Deadly Sins). Are we not all supposedly united together as proud members of the Conference of Champions? Why, then, all the animus, angst and annoyance toward Oregon now?

Some recent examples of not-so-subtle rancor include the selection of the 2019 Pac-12 All-Conference players and teams. Oregon had a total of four players selected, while a preponderance of players were selected from the University of Washington and the University of Utah. Oregon schooled both the Huskies and Utes, in Seattle and Santa Clara, thus winning the Pac-12 title and earning a Rose Bowl berth.

Yet, Mario Cristobal did not even win Coach of the Year in the Pac-12. Is this a curious oversight or evidence of a grudge? Those “better players,” as voted on by the Pac-12 coaches, were beaten by Oregon players and coaches who are not as highly regarded. Just how could that happen? Smacks of resentment, yes? “Uncle Phil” is a big source of resentment for fellow Pac-12 schools.

Upon reflection, we must ask ourselves, is Eugene worthy of such ire? Are there definitive reasons for other programs’ displeasure? The dislike is palpable. My guess is that it stems from one or more of the following litany of perceived slights: Oregon fans have enjoyed rubbing it in to their Pac-12 rivals, too.

One last point about the “Money” grievance above: Some schools have bemoaned the challenge of needing to call many donors to raise cash for athletic upgrades. “All Oregon has to do is call Uncle Phil,” they say. Somehow this is Oregon’s fault? As I have pointed out, the money is available to harvest for all schools by maximizing connections and selling the on-field product. Plus, there are a number of programs that generate more revenue than Oregon Football each year, so our success is not simply the result of throwing more money at our program than anyone else.

The above are just a few examples, but you no doubt have more in the memory bank. Let ’em out! It can be therapeutic.

There is little doubt Oregon has a huge target on its back. Everyone wants to bring down the Ducks in every athletic endeavor. We will cope and deal with this “problem of success.” It is part of the challenge of becoming the best and staying there. Why use scorn as a ploy, though? Competition, not contempt, is a better way to play, now and in future. May the best team win!

We welcome the challenges of performing in this conference together as comrades in arms. If not:

Consider this: Would all fellow conference members welcome our signing an exclusive pact with a consortium of ESPN, IMG NIKE and Uncle Phil to create our own Webfoot Network, similar to the Texas Longhorn network model? Brilliant innovative minds in Eugene could certainly make it happen!

Perhaps an exit of the Pac-12 to become an independent athletic contractor would make you happier? Should Oregon become the new “Our Lady” of the West Coast and pursue independent status? Intriguing stuff to mull over, wouldn’t you say?

May the best teams and programs win, but without resentment for Oregon’s success. Let’s live under the Pac-12 umbrella as brothers and sisters together, without unproductive angst.

Who knows? The above ideas could possibly get the current commish and his minions to give us a level playing field with the other Power Five conferences. We all have degree of resentment toward the Conference and its leadership. So consider dropping it against Oregon!

(and without returning resentment)