My FishDuck Friends: I put it out there to send any Ponder-Point ideas to me charles@fishduck.com so that we have something to chew on during the three non-article days each week of Tuesday, Thursday and Saturday. This way we are still discussing something Ducky every day within this community and have the place to escape what is going on in the real world. Today we welcome the contribution by 30Duck, as this is a good topic for us to consider.  Charles Fischer
————————————————————————————————–

I’m going to limit this to the players, as important as Phil Knight and the coaches have been to the success of the program. Which players have left the biggest impressions on the history of Oregon football? There won’t be a “wrong” answer, as we will all use our own selection criteria to come up with our choices.

The first player I will go with won’t be a surprise to anyone: Marcus Mariota, the Ducks’ only Heisman Trophy winner. His record-setting exploits on the field are legendary, and off it, he’s been even more spectacular, a great ambassador for Oregon Football. 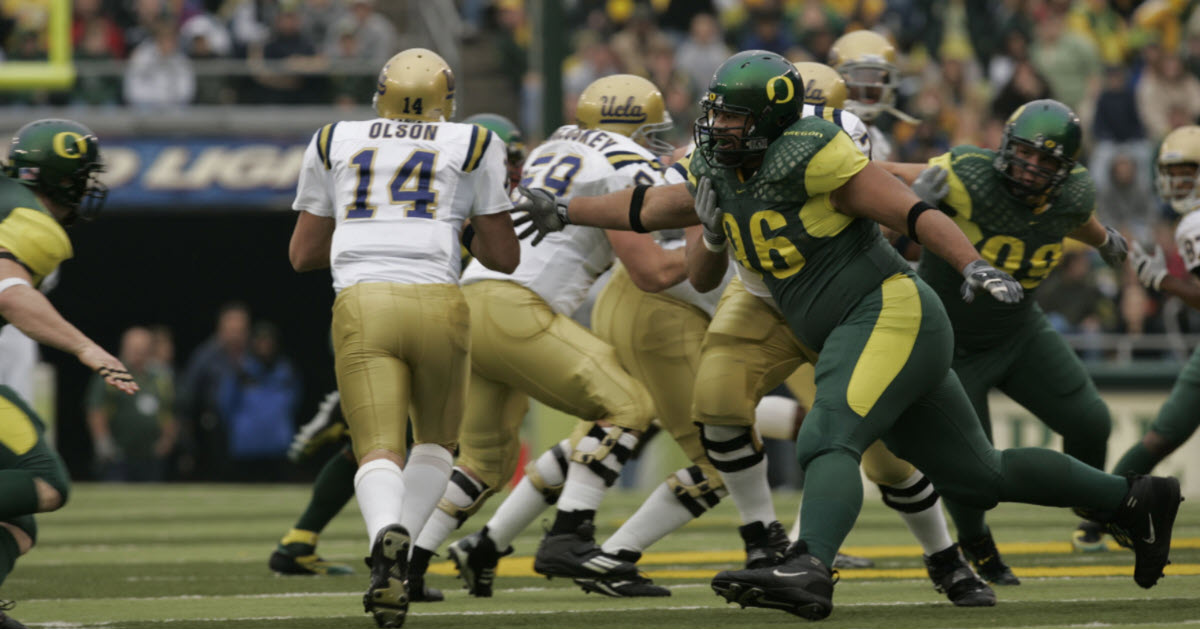 My second selection is Haloti Ngata. He just retired from the NFL and, in five years, will be enshrined in the Hall Of Fame in Canton. An ACL injury on punt coverage ended his first season at Oregon prematurely, but he ended his career with the Ducks being named the Pac-10 Defensive Player of the Year and a consensus 1st Team All-American.

Number three for me is LaMichael James. Now, I know that Marcus was the best player, but when I think of the great Oregon teams of that era, my mind goes to LMJ busting through a hole and heading to the end zone, his run against Tennessee, putting his elbow back in place against Cal. To this day, when I see a Ducks running back, I measure him against LaMichael James.

My fourth player goes back a ways: Ahmad Rashad, or as he was known then, Bobby Moore. First, it’s fun to call him one of the best to ever play at Oregon because he came from Tacoma, Washington. The point, though, is what he did when he got here. In his first two years, he was an All-Conference wide receiver. For his last two years, he moved to running back and was an All-American his senior year before being the 4th player selected in the 1972 NFL Draft.

So, fellow FishDuckers, what do you say? The great thing about this is having so many players to choose from!