In late August, Rob Parker of Deadspin quoted you uttering something that made me do a double take. I was so shocked I had to read it twice because I couldn’t believe my own eyes. You said, and I quote,

Here we are in October. The college football season is in full swing, and I’m still bothered enough that I have decided to write you this letter. Sir, you seem to have suffered a break from reality. You and your fellow coaches in the NCAA missed the memo. You make anywhere from $8.8 million  according to USA Today, to $8.9 (per Parker) all the way up to possibly $9.1 MILLION a year! But it’s the context that truly makes the head spin. Your salary and those of your fellow coaches, this season, is built on placing kids at risk. Kirby Smart of Georgia (left) and Nick Saban make over $15 million a year between them.

I can hear the complaints from SEC fans all over the country: “Nick gives away tons of money to charity!”; “Nick is a class act!”; “It’s not about the money for Nick!” Let’s get one thing straight, Nick: for you, your fellow SEC coaches and the conference, it’s about the money. Even more importantly, it really should be about the kids!

I’m not saying you’re a bad person, Nick, or that you don’t do good deeds, or that you’re not charitable. What I am saying, is that you’re being dishonest. From 2018-19, the SEC generated $720.6 million in revenue  (sorry, Nick, you’re still behind the Big Ten) and you’re going to tell me it’s not about the money? Your fellow SEC coaches might disagree (and they don’t seem to be doing too badly, either). This is one of those times when your words, and the words of other NCAA coaches and conferences, don’t match with your actions.

Combined, they’ll rake in about $75 million this year ALONE. If it really wasn’t about the money, Nick, you’d set an example and give up some of your cash bounty. Donate it to scholarships for first-generation students or to help pay off student loan debt. Or you could go somewhere and be a high school football coach and average $44,000 per year. 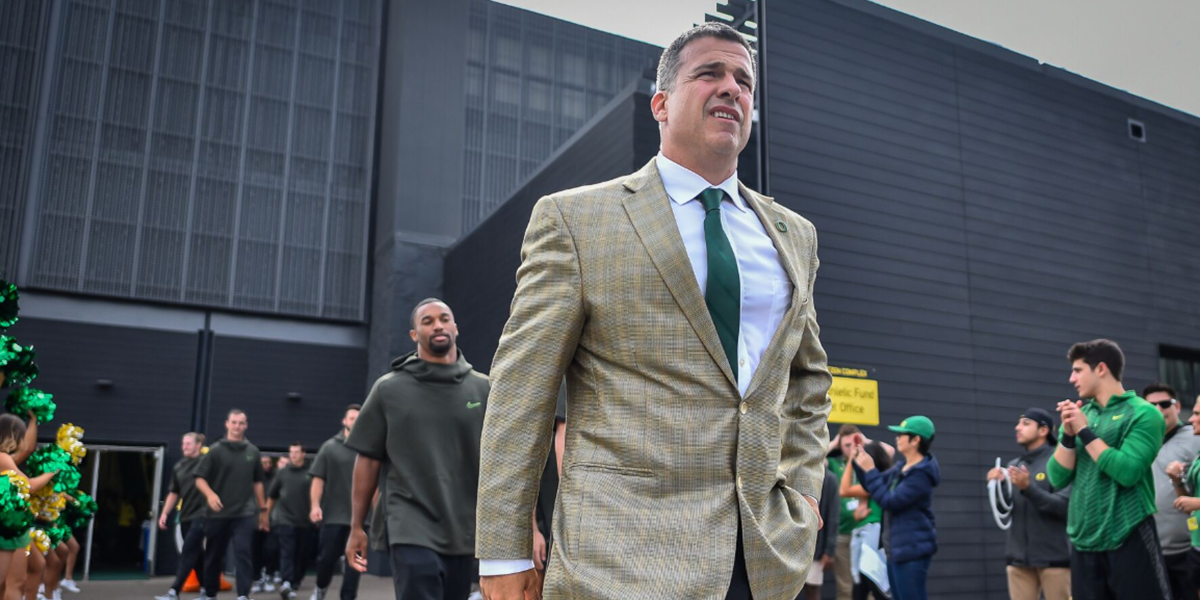 To his credit, Cristobal took a pay cut amidst the pandemic.

Pac-12 coaches and administrators did the double talk and said they valued the students over the money. It might hurt in the short term, but it was the right thing to do. Nick, your disciple at the University of Oregon, Mario Cristobal, took a ceremonial moderate pay cut amid the chaos of this pandemic as the universities in Oregon struggle. Nick, you haven’t even done that.

This isn’t just about you, though, Nick. It’s not even just about the Pac-12 or the SEC; it’s about mindset and sentiment. Most coaches who make as much as you or Cristobal do while putting players at risk during a pandemic would have the presence of mind to keep quiet. Should any NCAA coach decide to place kids at risk by advocating for playing games amidst a pandemic, then out they should go.

Nick, your apologists will probably claim that your escalating salary isn’t your fault. They will no doubt say that you are simply charging what the market will bear. That your salary and those of your fellow coaches is simply capitalism working as it should. This isn’t about dishonesty, they’ll say, and it’s not even purely about money. Oliver Cromwell would have had some words for neglectful NCAA coaches.

But it’s actually two things: greed and legal negligence. This really should be about the kids, Nick, about their safety and security. You and your fellow coaches are entitled to your paychecks. But the least you can do is be honest about your motivations and priorities. I’m reminded of Oliver Cromwell, who said in 1653, “You have sat too long here for any good you have been doing. Depart, I say, and let us have done with you. In the name of God, go!”

Have you no sense of decency, sir? You and any coaches who are willing to sacrifice the wellbeing and safety of students for the sake of earning a paycheck should dismount the high horses you are riding into the sunset of this golden age of college football …

(Reminder: Editorial articles at FishDuck do not represent the opinions of other writers, editors or management at the site)