2020 has not been a good year for Pac-12 football, and has become a major disappointment for Oregon fans. COVID-19 has taken its toll on all of NCAA Football, but the Pac-12’s decision to start late has left the conference truly undecided heading into championship week.

To complicate matters, only one team has actually played all its scheduled games this season: the Oregon State Beavers. All other teams have seen their schedules impacted by COVID-19, whether from an outbreak on their own team or their opponent’s. This does not create confidence in the already-dubious Pac-12 leadership — especially with Washington winning the Pac-12 North by default, which left a foul taste in the mouths of all fans in the North as an already broken system produced unfair results.

Due to an ongoing COVID-19 outbreak, Washington is unable to play for the Pac-12 Conference Championship this Friday, leaving Oregon to represent the North instead. This has made many Oregon fans happy, but — like everything else this this year — it doesn’t feel right. Oregon was handed the opportunity to play the Pac-12 Championship Game this Friday. It was not wholly earned, and as fans, let’s remember that.

Who Won the North?

This should be settled heading into the Pac-12 Championship Game; however, here we are in 2020 with this very real question. Pac-12 leadership says Washington won the North because the Huskies have the fewest losses, even though they have missed two games against division rivals California and Oregon. Furthermore, Washington only has a 1-1 record for its games played in the division, having beaten Oregon State and losing to Stanford — all while managing to avoid playing a single road game this year. 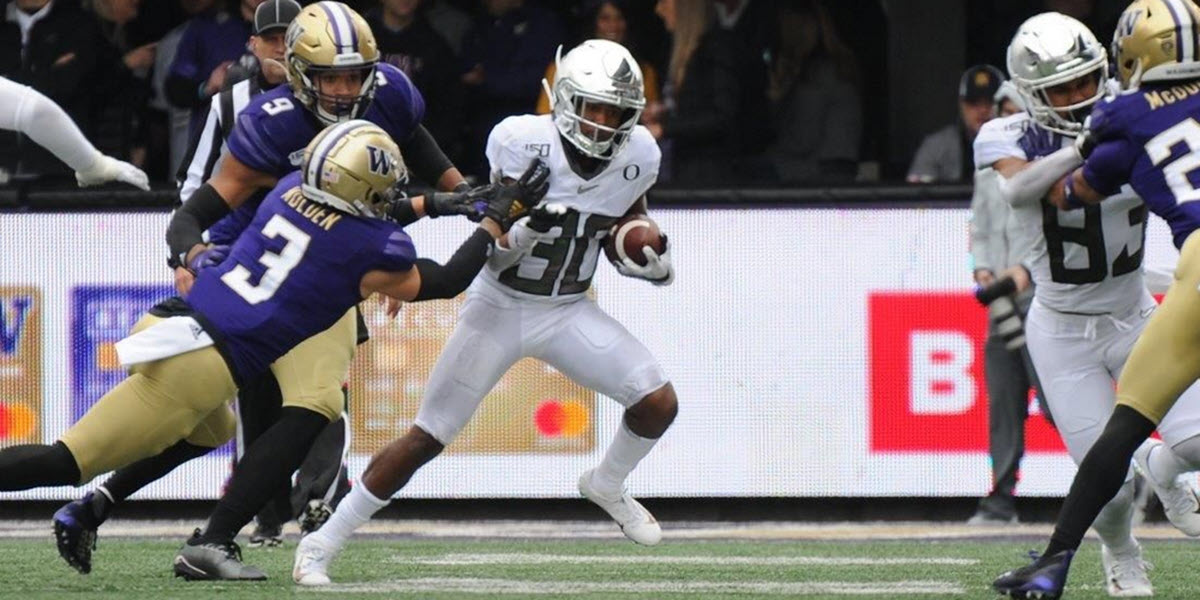 Beyond the division championship controversy, fans this year will miss out on a beloved rivalry game.

Even though Oregon is now in the Conference Championship Game, this still does not make up for last Saturday’s missed game against the Huskies because it still leaves the unanswered question as to who won the North. Oregon and Washington have both looked vulnerable this season, so the question as to which team is better is left up to all of us since there will not be an on-field result to determine the true Pac-12 North champion.

Outside of Oregon and Washington, there is another candidate who should be considered to have actually won the North this year: Stanford. The Cardinal was without starting quarterback Davis Mills for the opening game of the season against Oregon, and he barely made it back to the field for the second game against Colorado. After those two losses to open the year, however, Stanford has won three straight against North Division teams. Meaning Stanford has the best division record of 3-1 (3-2 overall), including a win over Washington.

If divisions are supposed to matter, then shouldn’t Stanford be in consideration for the North Division Championship? 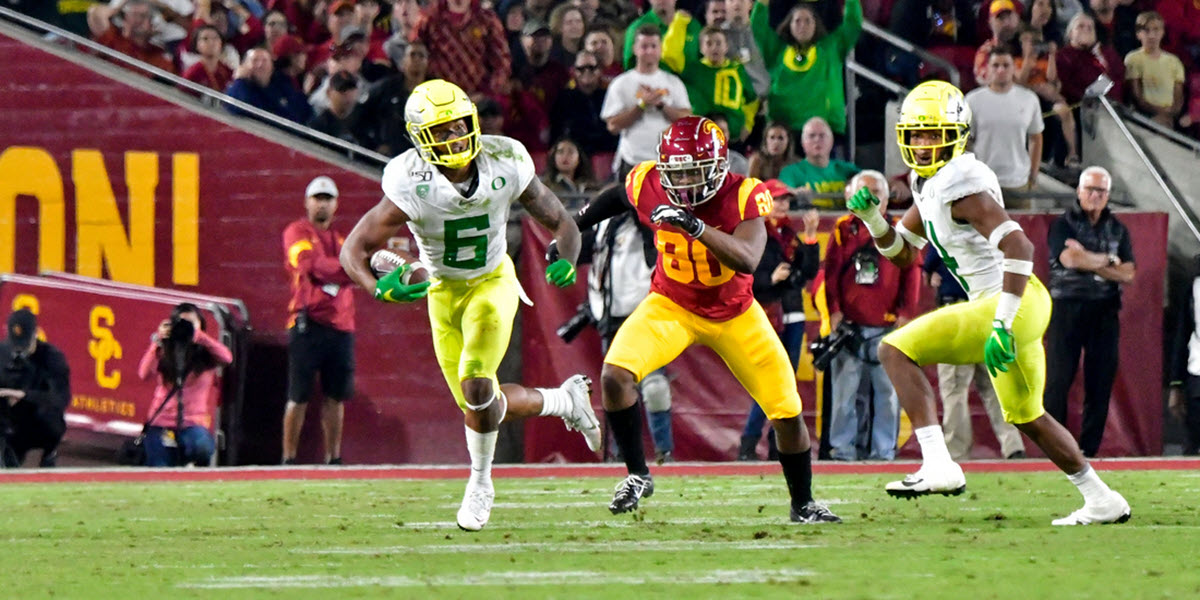 Oregon will play in the Coliseum this week against USC.

USC missed Colorado this year as the Trojans could not field a roster due to their own COVID-19 outbreak. Colorado in turn played an out-of-conference game against San Diego State, which did not help their Pac-12 standing but was at least good for the Colorado fanbase.

The Colorado-USC game holds the same significance in the South as the Oregon-Washington game in the North. The winner of that game would have determined the South Division. It is only seen as less controversial because USC remains undefeated and Colorado suffered a loss to Utah this past Saturday. Like every other team in the Pac-12 this year though, USC looks vulnerable, as the Trojans have won three of their five games with last-minute theatrics.

This year the Pac-12 has established that missing a game is more beneficial than playing with a depleted roster. Both Washington and USC have benefited from missing Oregon and Colorado, respectively, because this has allowed them to lay claim to the division championships. This is not to say teams should play with potentially sick players, but shouldn’t there also be a reward for teams that have managed to stay healthy and field teams week-to-week?

Mario Cristobal even stated during his Monday press conference that Oregon had played games with available players in the “low 50s.” 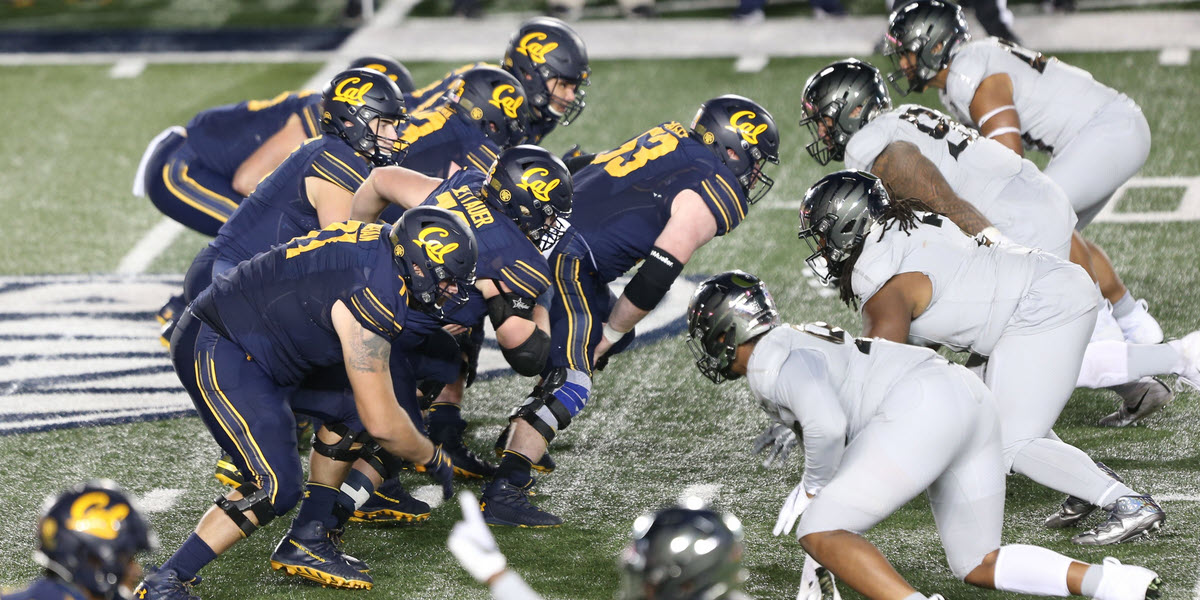 What Should Have Happened?

The Pac-12 is irrelevant to this year’s playoff conversation. No Pac-12 team has looked anywhere near dominant enough to justify a playoff berth, especially with a shorter schedule than every other Power Five conference in College Football. When the Pac-12 decided to return to playing a fall season, the leadership surrendered any real opportunity for a Pac-12 team to make the playoff.

Instead, the Pac-12 should extend the season by at least another week to allow for USC to play Colorado and Oregon to play Washington. Only then can there be a real Pac-12 Championship Game. As it stands right now, there are two teams in each division that could lay claim to their division championship. The Pac-12 leadership’s determination of the division champions is lazy and an embarrassment and will leave the “Conference of Champions” without a true champion.

In the end, what is a more fitting way to conclude the Pac-12’s 2020 football season than with another embarrassing debacle?