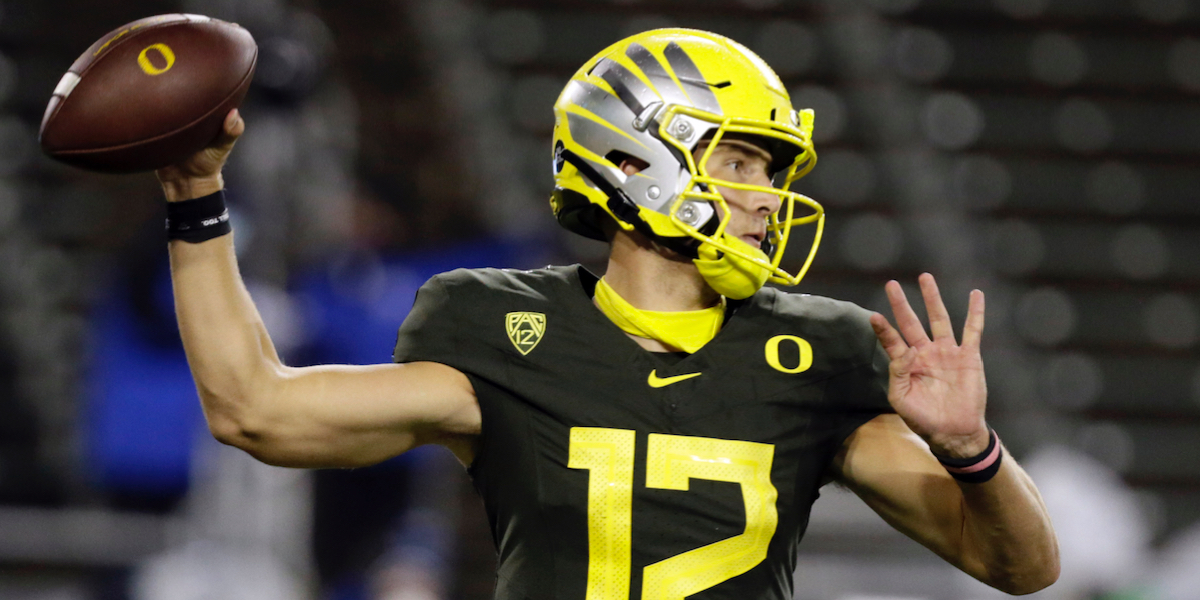 If you haven’t already heard, the Oregon Ducks‘ quarterback announced he will enter the NCAA transfer portal after starting all seven games of last year’s shortened football season due to the COVID-19 pandemic.

I have mixed feelings about the redshirt sophomore’s early departure from Eugene. Shough’s rollercoaster performance was puzzling, dazzling at times but pockmarked with baffling lows. Honestly, I’m just kinda confused.

Firstly, from all accounts, Shough is a great kid. Smart, hardworking, and a great teammate. As an Oregon fan, I want to thank him for his leadership during an exceedingly difficult year. The obstacles before those fine young student-athletes were tremendous: the Pac-12‘s bungled response to Coronavirus; replacing legacy quarterback Justin Herbert (NFL Offensive Rookie of the Year, BABY!!!); preparing a young and inexperienced offensive line; learning a new scheme under offensive coordinator Joe Moorhead, and a shortened spring practice schedule.

best of luck to you bro. always family�� https://t.co/K5S4sOCpim

Shough started the season strong, helping the Ducks jump out to a 3-0 start with wins over Stanford, UCLA and Washington State. In those games, his completion percentage hovered right around 65%.

The Ducks went on a two-game losing skid against two pretty good opponents (Oregon State and California), and Shough didn’t look the same – the former four-star recruit’s swagger was gone. While his completion percentage never dipped below 50% throughout the remainder of the season, his throws became increasingly ill-advised. More bluntly, there were moments when Shough was playing catch with ghosts, making errant throws in tight or non-existent windows to players that weren’t there. 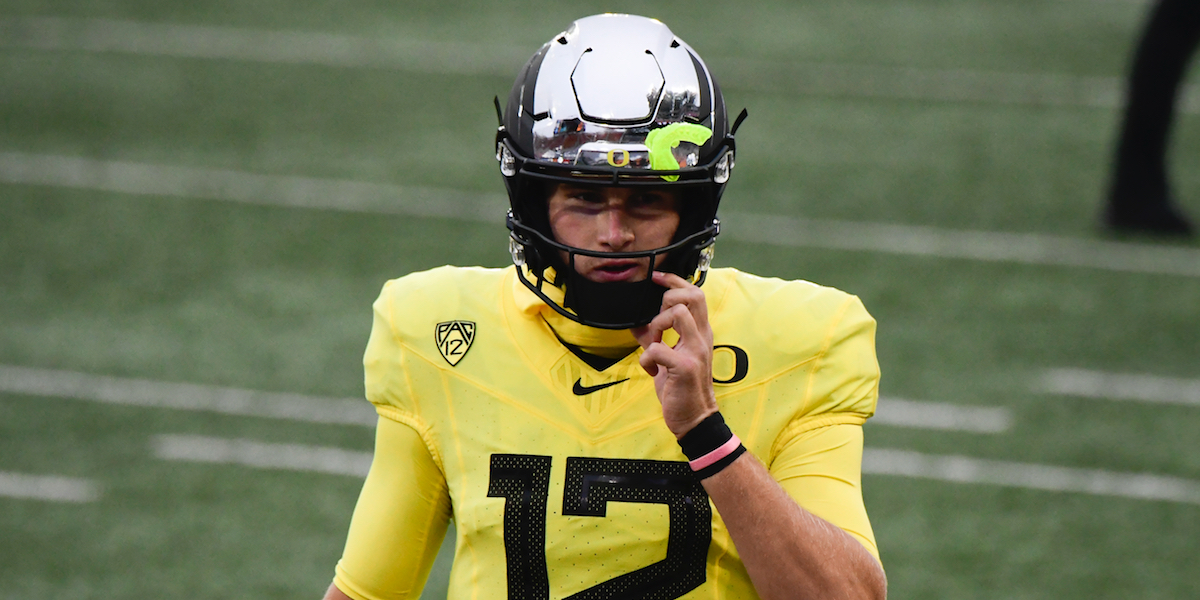 Shough gets ready to battle against in-state rival Oregon State. But the Ducks fell short.

Shough’s inconsistency appeared to rattle the Oregon coaching staff. In the Pac-12 Championship game, Moorhead employed a previously unseen red-zone package, replacing Shough with Boston College transfer Anthony Brown. The changeup led to a pair of passing touchdowns for Brown (Notably, Shough also threw for two touchdowns in Oregon’s 31-24 victory over USC). Was Moorhead’s new scheme due to a lack of confidence in Shough’s ability, or simply a wrinkle to catch the defense on its heels?

When the chips were down, Shough struggled to execute the plays necessary to win. But he is a great player, which makes Shough’s midseason slump even more mysterious. What happened? Did Oregon’s young and inexperienced offensive line fail him? Was he visited in the night by three ghosts after the UCLA game?

Whatever happened, Shough is leaving. There is no doubt he will benefit a good team wherever he goes. But it’s probably better for both parties. Brown announced he was staying another year at Oregon and former four-star freshman Jay Butterfield and incoming five-star freshman Ty Thompson are both chomping at the bit for the Ducks’ coveted starting slot.

Perhaps Shough saw the writing on the wall and thought it was better to move on. I don’t know, but wherever he goes, I wish him luck.