It seems obvious now that Athletic Director Rob Mullens has done a tremendous job at Oregon, but a few years ago this site was in a veritable melt-down as many wanted to see him gone. “He doesn’t know how to hire good people” and “he is just a bean-counter” are the type of phrases written in emails to me and repeated in comments on this site. Some famous FishDuck writers gave their thoughts right here three and a half years ago, and many of the statements in that article and this one were not pretty.

Those of us who are of GreyBeard age view this time as a Golden Era of Oregon Athletics. Never have we as fans experienced a year of a conference championship in football, sweet sixteen finishes for both genders of basketball, an indoor track national championship, a volleyball team finishing 14th in the nation, and both softball and baseball teams achieving National Seeds in their respective NCAA tournaments–in a rebuilding year. It is stunning, it is rare, and I am grateful.

It was not long ago when Mullens was being fried in the media for creating a contract with too big a buyout for Mark Helfrich, and then refried for too small a buyout for Willie Taggart. It seemed he could not get it right, and we fans were indignant. Oregon’s budget destiny is tied to the talents of Rob Mullens and Mario Cristobal.

Yet I would remind people how hard it is to hire and retain good coaches, as you just don’t know how it will turn out. You do your best homework, listen to the pitch and make your best selection with crossed fingers. I point to the example in the late 1970’s when Oregon State had three finalists for their head football coaching job who were Terry Donahue (who went on to UCLA to win a boatload of games and bowls) Rich Brooks, and the Offensive Coordinator for National Champion USC (under John Robinson) Craig Fertig. It seemed like a great choice for the Beavers at the time…

Imagine if they hired Rich Brooks?

All the rebuilding would have taken place in Corvallis? Beaver Brooks would have brought in Mike Bellotti to update their offense, and Beaver Bellotti would have ushered Chip Kelly to Oregon State. All our history could have been theirs? 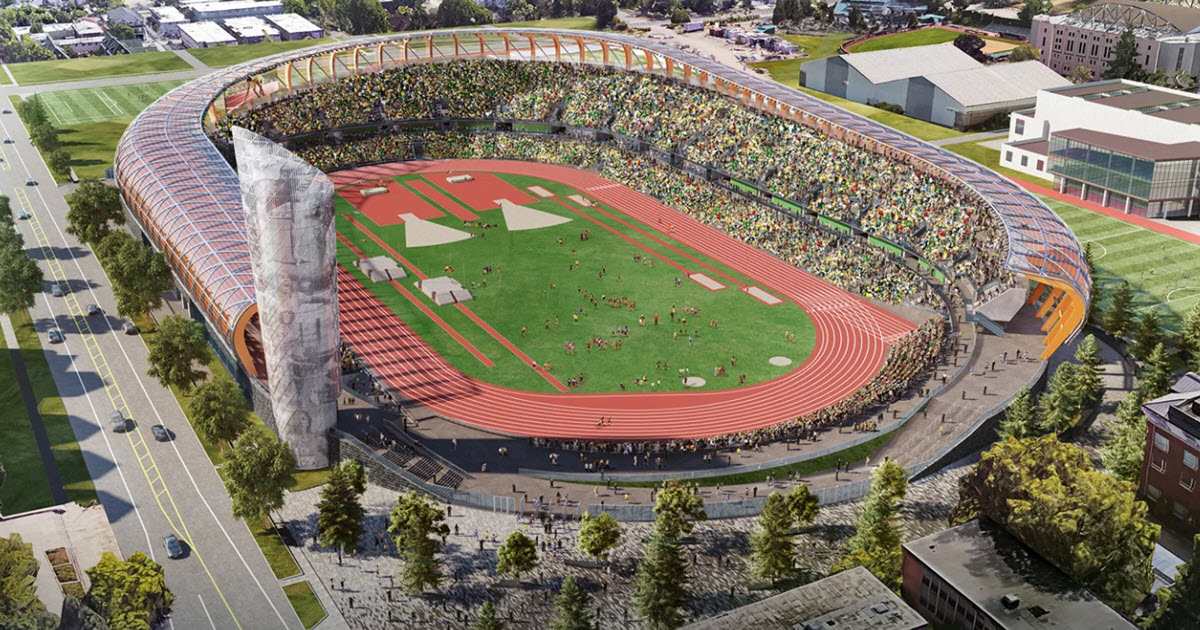 This incredible facility can also be partially credited to Rob Mullens?

Yet Mullens’s hiring record is amazing. Recent hires of Coach Lombardi (Softball), Coach Waz (Baseball), and Coach Abel (Soccer) appear to be working well already, and the Ducks are in a position that we fans can only dream of. And yet we fans had nothing to do with it; the results come from one man.

He has also been a superb ambassador of Oregon as President of the CFP Committee, and he has fostered a great relationship with Oregon’s most important booster. I, Mr. FishDuck admit to writing and speaking ill of Rob Mullens years ago, but he has proved me completely wrong, and I am thankful for his success on our behalf.

I, for one, am ready to give Rob Mullens his due. How about you?