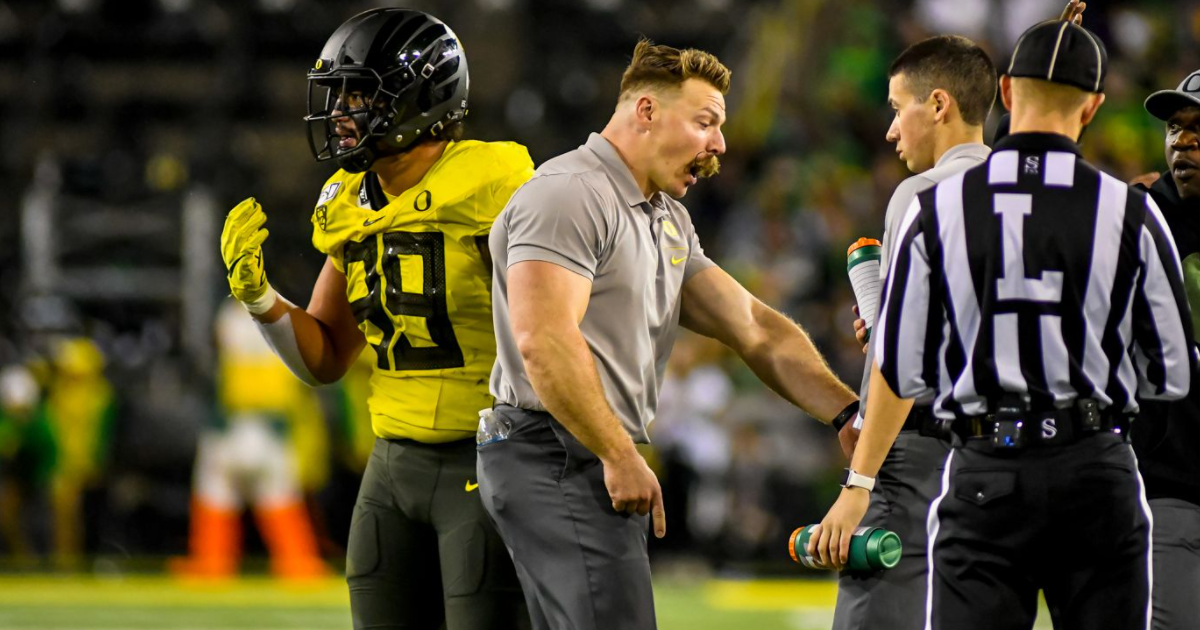 As you all may have seen in the past few seasons on the exuberant Oregon sideline, a mighty mustache has led the charge to our blue chip littered Oregon huddle. Aaron Feld, Our Beloved Ducks’ strength and conditioning coach, has brought unparalleled enthusiasm and energy to light that fire the Ducks undoubtedly need to dominate the opposition. TV timeouts have never been more exciting for fans at Autzen, with Feld perhaps being the easiest personnel on the Oregon staff to pick out even from deep in the stands. The rest of the college football world and associated media have fortunately begun to give Feld the appreciation he deserves and brought to attention how he gets the fans, players, and coaches all fired up for football season.

Having said that, it still feels necessary to reiterate how crucial figures like Feld can be for our most popular college football buzzword: culture.

Mario Cristobal’s staff has assembled a team supporting a culture that seems ready for long-term success, but that isn’t all on the shoulders of Cristobal. A team beaming with excitement and practicing as hard as anyone in the country doesn’t simply come from the head coach’s vision, the talent he’s assembled, and fan support that our Duck community has been able to provide for decades. It’s easy to forget that people like Feld are the reason that players buy into the vision by not only getting as prepared as they need to be physically, but mentally motivated to play the greatest team sport on the planet. 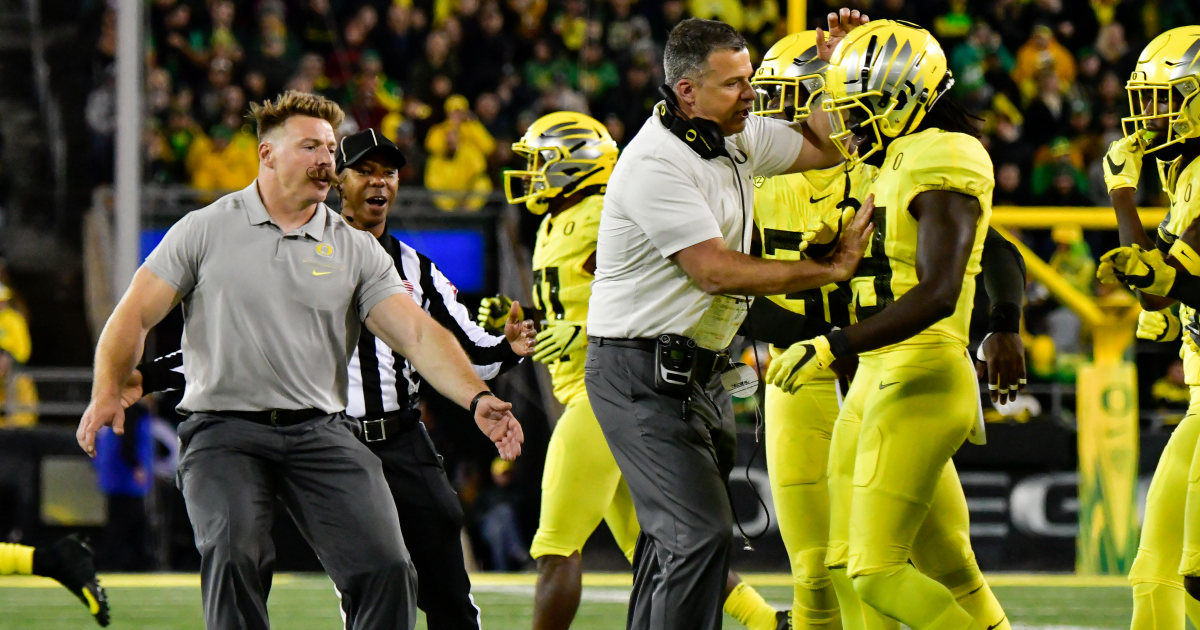 Feld is always close behind Cristobal in getting our Ducks motivated coming on and off the field.

Although there were rumors this past offseason of him potentially jumping ship to Alabama, the Ducks were luckily able to keep him in Eugene and have extended him through the next two seasons. So if you haven’t seen him at a game yet in person, this is just another fantastic reason for us all (hopefully) to attend Duck games again this Fall and see the man with the mighty mustache (a new father, might I add!) in his Autzen element.

When do you first remember noticing the great Aaron Feld at Oregon? What do you expect for the future with Feld as a cornerstone of what Cristobal’s culture is looking to build on?