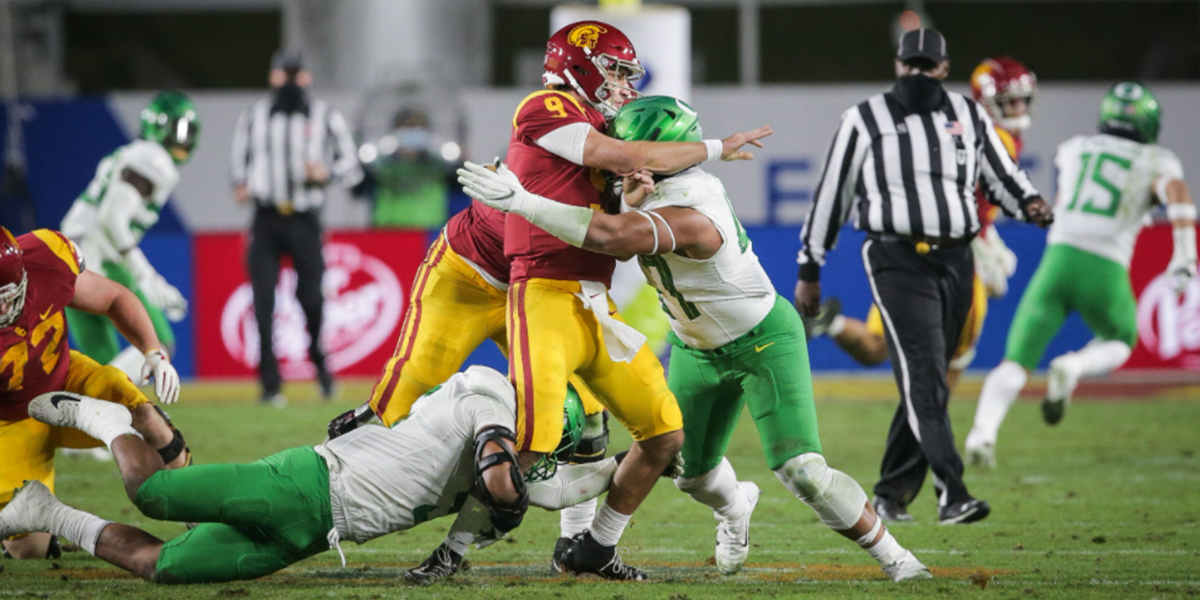 The USC Trojans are (maybe) the fourth-best team in the Pac-12 since Pete Carroll left for the NFL following the 2009 season. They have won a single conference championship, they have fired two head coaches (with a third firing likely on the way), and they have underachieved massively when it comes to turning recruiting rankings in to wins. Despite mediocre on-the-field play, Bill Plaschke stated in an interview that the Trojans had outgrown the conference.

If Plaschke thinks a team that has one major bowl win over the meaningful years of the lives of recruits has outgrown the Pac-12, what on Earth does he think of Oregon, Washington and Stanford?! All three teams have more conference championships than USC since 2009, and though Washington has exactly one major bowl win this century, they have won the conference twice and appeared in the CFB Playoff since USC was last relevant for more than a season. Stanford and Oregon have been the leaders of the conference since Carroll left. Stanford has won three major bowl games, and Oregon has won four major bowl games (including a playoff game) since Carroll left USC.

The point is, USC is a perennial contender in their division, which they have won three of the last 12 years. They are 1-2 in conference championship games. They have outgrown no part of the Pac-12. Agree?