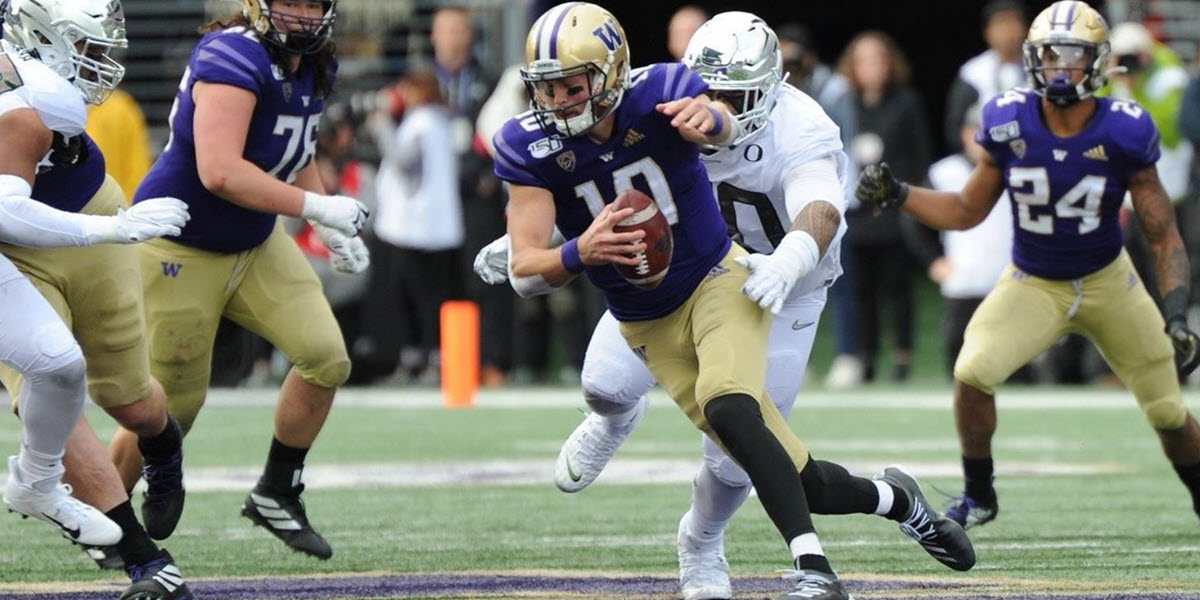 When J.T. Tuimoloau, a five-star recruit out of the state of Washington, announced Oregon as one of his final four schools, the Ducks were hopeful they could persuade him to make the short trip south to begin his college football career. However, Tuimoloau chose Ohio State instead. Oregon was, in truth, always a bit of a long shot but was considered to be his second choice. In recruiting, though, second choice is nothing more than first loser. And this latest recruiting disappointment reveals a larger deficiency of the Ducks in the past decade: Oregon’s inability to go into the state of Washington and land top talent.

Since 2010, Oregon has only landed five Rivals top 10 recruits from the state of Washington: Danny Mattingly in 2013, Fotu Leiato, Shane Lemieux and Calvin Throckmorton in 2015 and Cale Millen in 2019. All were three-star recruits. So in the last decade, Oregon hasn’t managed to sign a single four or five-star recruit out of their neighbor to the north. It is difficult for Oregon to own West Coast recruiting when they cannot manage to pull any significant talent from Washington. 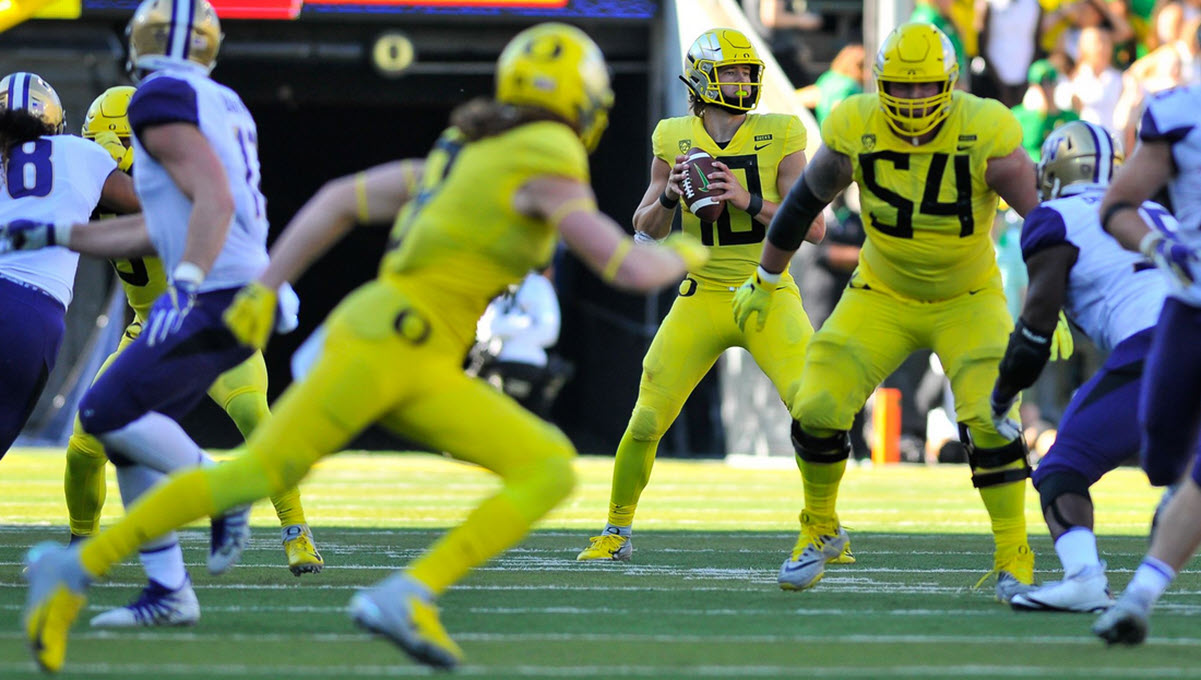 In comparison, since 2010, Oregon has landed 11 top 10 recruits from California, all of whom were rated as four- or five-star athletes. Of those 11, six have come from the Mario Cristobal era alone. California is a far richer state in terms of football talent than Washington, so it is not a surprise that it generally has much higher rated players in their top 10. However, Oregon’s success with California recruits only highlights their ineptitude snagging top talent from Washington.

The most likely suspect for this problem is the mutual hatred between the Oregon and Washington fan bases. It is a special kind of hatred that has infused itself into the cultures of both states. There isn’t a whole lot of love between Duck fans and Washington State Cougar fans, either, though it isn’t anywhere near as intense.

This may seem like an overreaction, however Oregon State has done a better job landing Washington’s top 10 recruits over the past couple of decades than Oregon. If a recruit from Washington is leaving the state, they are not coming to the Ducks. 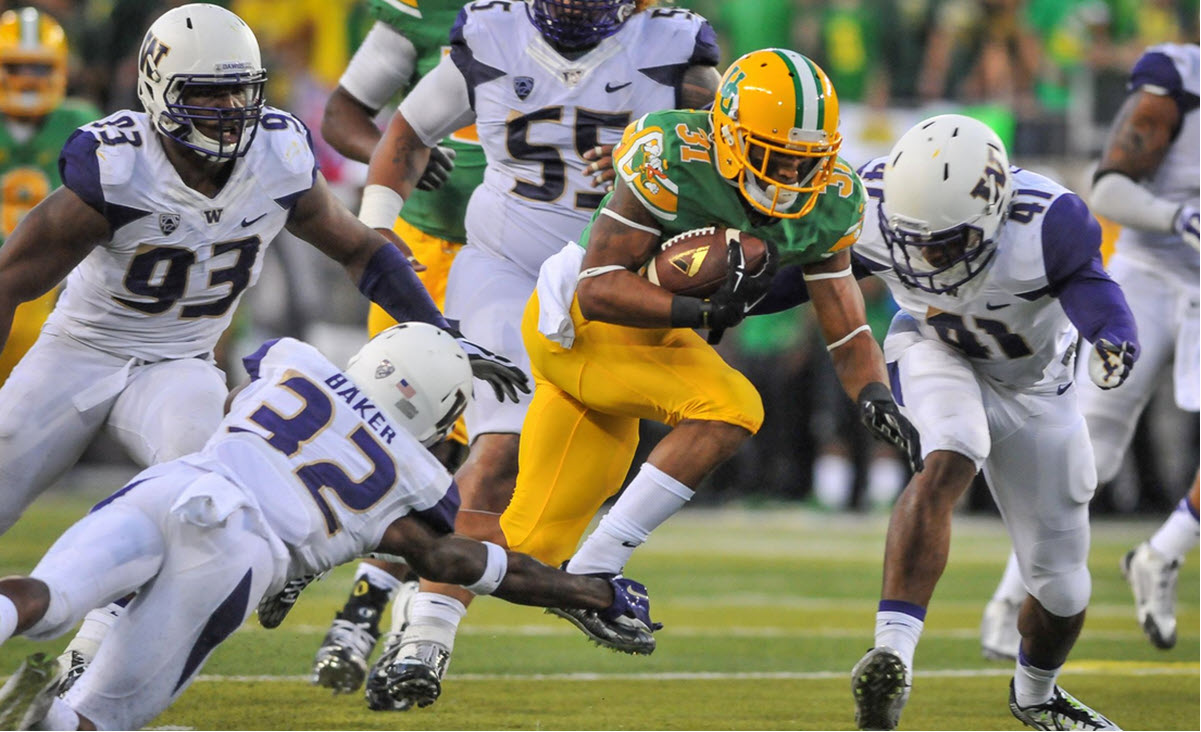 Tuimoloau is just the most recent Washington talent to snub the Ducks but he is just another in a long line of missed opportunities. However, the tides may be changing as Dave Iuli, a four-star recruit on Rivals and the No. 3 recruit in the State of Washington, has Oregon in his top group. And according to both Rivals and 247 Sports, Oregon has the inside track to landing his services. If Oregon does land Iuli, then he will be the first four-star recruit Oregon has landed out of Washington since 2008, the last year of the Mike Bellotti era at Oregon.

Oregon has proven they can win without Washington’s recruits, and there are more plentiful recruiting grounds than Washington, as well. However, Washington does produce quality talent, and if Oregon is truly going to own the Pac-12 and the West, they will need to persuade that talent to come to Eugene. Or is there just too much rivalry hatred between these states to convince their recruits to wear green and yellow?