For two quarters on Saturday, the Ducks played like the team fans knew they could be. There was rhythm, flow, and the wide receivers were heavily involved in the offense. Meanwhile, the defense was stuffing the vaunted UCLA rushing attack. The Ducks outscored the Bruins 27-3 during the second and third quarters, which brought on flashbacks of their monumental, early-season win against the Ohio State Buckeyes.

But, of course, there were also the first and fourth quarters.

The Ducks were outscored 28-7 in these quarters. The offense was flat, punchless, and mistake-prone, while the defense was once again porous. Nightmarish visions of the Ducks’ maddening and mediocre play from previous games came rushing into our collective consciousness as we cursed out the coach, the quarterback, and the punting unit. 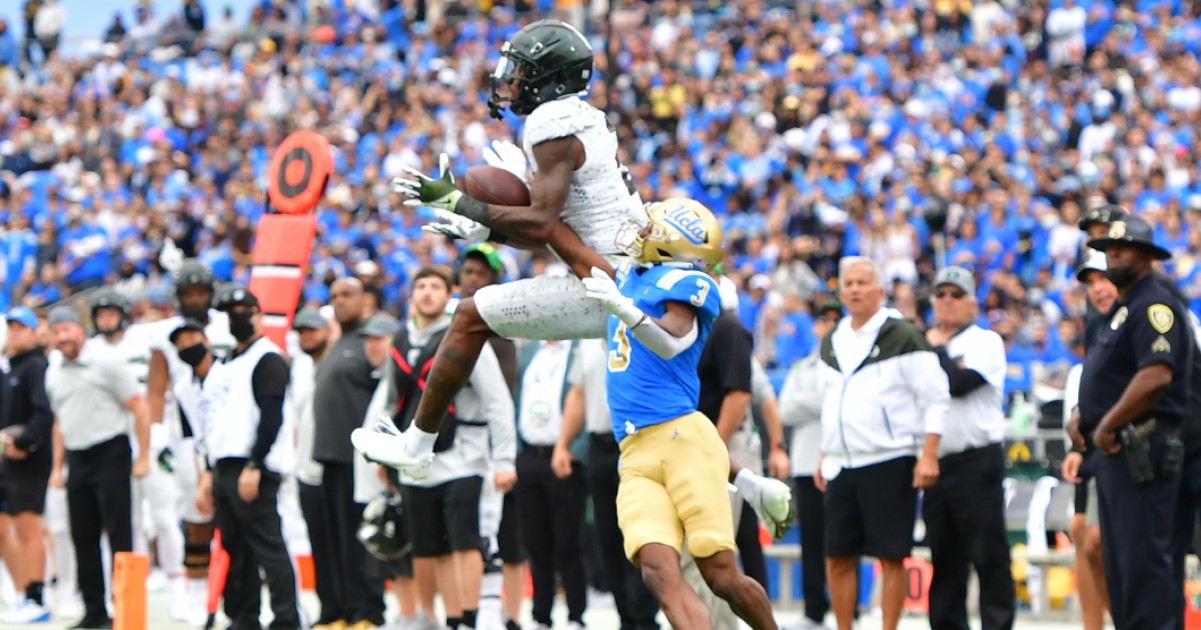 Oregon wide receivers played a big role in the game.

So, what is going on with this team? Are the Ducks halfway there? Or just livin’ on a prayer? (Cue up the Bon Jovi)

The positive outlook is that the Ducks are beginning to put it all together. Offensive improvement, defensive improvement, and coaching improvement all saw the light of day versus UCLA. Hopefully, they are now on the road to peaking by the season’s end, and just need to learn to sustain that high level of play for a full, four-quarter game. They have done it before (Ohio State) and I bet they can do it again.

A Change of Outlook

Literally. Due to health concerns, Offensive Coordinator Joe Moorhead was once again calling the game from up in the booth rather than his customary spot on the sideline. During the game, the announcing crew commented on speaking to Moorhead in the lead-up to the game. Moorhead had said he missed the interaction with the players on the sideline but that it did help him to read formations. 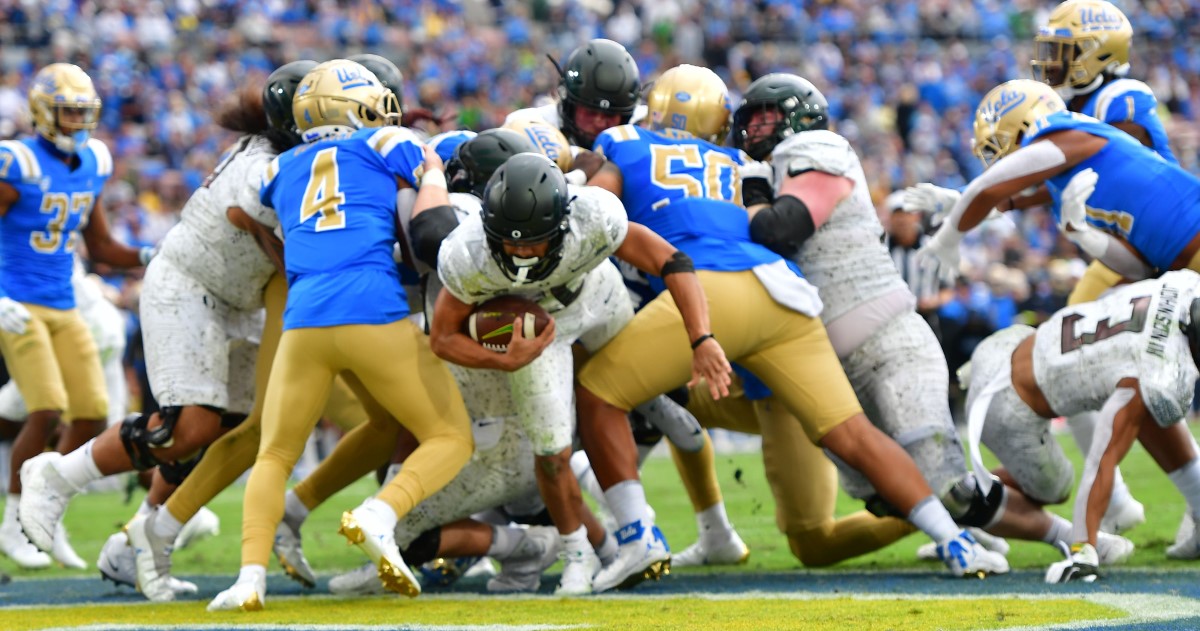 Travis Dye squeezing through for six.

Call me crazy, but it would seem reading formations in order to make more informed play-calling would be more of an advantage than hanging out with the troops on the sideline. Perhaps Moorhead should stay in the booth. Not only might it be better for his health, but also better for the health of Oregon fans, whose blood pressure has skyrocketed this season.

Slowly but surely, things seem to be falling into place. Wouldn’t it be ironic if the Ducks offense continued to improve, with much of that improvement due to Moorhead moving to the press box because of a terrible health scare?

It is a season unlike any we have ever seen at Oregon. Rule nothing out. It would seem that the Ducks took a big step forward against the Bruins this past weekend, and it might just be the first step on the Ducks’ journey to playing their best football for all four quarters, and not just two.