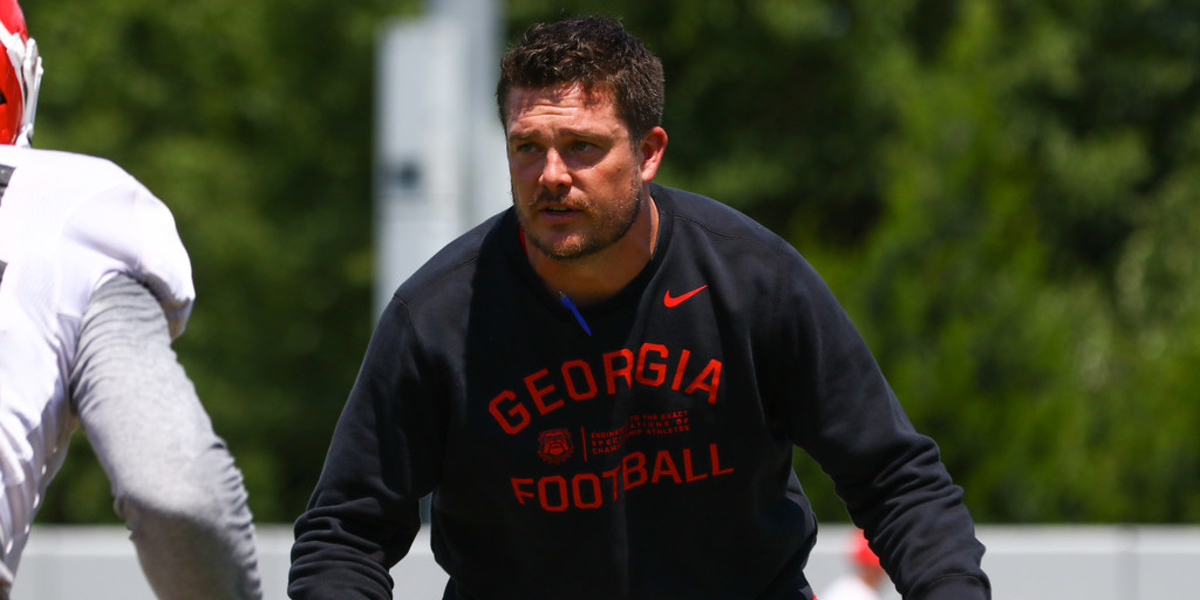 The last 72 hours were absolute bedlam, but at least Oregon has a new football coach.

Atlanta Journal Constitution sports writer Chip Towers‘ broke the bombshell story on Friday, which has since been confirmed by multiple outlets: Georgia Bulldogs defensive coordinator Dan Lanning will be the next head coach of Oregon football. The official UO announcement is expected Monday.

Before it was confirmed on Saturday, Oregon journalists John Canzano (The Oregonian), Bruce Feldman (Fox Sports), James Crepea (The Oregonian) and Matt Prehm (247 Sports) took to Twitter to refute the story. Each of them posted tweets, perhaps out of frustration or just plain confusion, citing a source close to the program that claimed Towers’ story was “inaccurate” or “not accurate.” Perhaps it’s time to get a new insider, eh fellas?

First reported by the Atlanta Journal-Constitution Saturday and confirmed to ESPN. pic.twitter.com/x7yNHt2Ia0

Hours passed without a correction or public mea culpa from Towers or the Journal-Constitution. The only adjustment came later Friday afternoon when a clarifying line was added online: ”While a contract has not been signed, there is an agreement in place and the deal is expected to be finalized next week.”

Fans speculated wildly in a fog of confusion while media personas blustered and fumbled on social media with a startling lack of clarity. And then news came that it’s a done deal — Oregon had their man in Lanning. Honestly, it’s a relief this whole search is over. When former Ducks HC Mario Cristobal left for the head coaching job at The U — surprisingly, nobody had to “drag him away kicking and screaming” — some of the names being floated to replace him just didn’t cut the mustard.

For starters, the Ducks interviewed Eugene native Justin Wilcox, who is currently Cal’s head coach. I’m all for hiring a local guy with ties to the program. But Wilcox is 26-28 with the Golden Bears, far from a record that screams, “MUST HIRE!” No offense, Justin, but it just wasn’t the right fit.

Oregon also requested to interview UCLA head coach Chip Kelly. This was a tough one. Chip is beloved in Oregon football history. But if Kelly returned to Eugene, the expectations would be astronomical and a similar level of success unlikely. Oregon’s reputation has been built as forward-looking, not attempting to replicate glory days.

And then there were talks of Ole Miss coach Lane Kiffin. Well, if the Ducks were looking for stability and longevity, Kiffin wasn’t their guy. Despite rumors that Ducks’ benefactor Phil Knight expressed interest in hopping aboard the “Lane Train,”  the matter was unofficially laid to rest after Kiffin signed a new contract with the Rebels, making him one of the highest-paid coaches in college football at $7.5 million annually, according to ESPN.

None of these coaches seemed like a good fit for Oregon at this time in the program’s history. The Ducks have just named their sixth head coach since 2009 (including interim head coach Bryan McLendon for the Alamo Bowl). Fans have grumbled that Oregon’s swag has attracted short-timers and interlopers looking to leverage their visibility at Oregon for dream jobs somewhere else.

And it happened twice with Willie Taggart and Cristobal. (Note: Before the modern-day coaching carousel, Oregon had two coaches over 32 years (Mike Bellotti, 14 seasons 1995-2008, Rich Brooks for 18 seasons, ’77-94. This week, Mr. FishDuck even pondered the idea of bringing back Bellotti as a one-year interim coach.)

So, what can Oregon fans and players expect from the Lanning? As a graduate assistant, Lanning spent time at Pittsburgh, Arizona State and Alabama before heading to Sam Houston State as defensive backs coach and co-recruiting coordinator. After a stint at Memphis, Lanning joined the Bulldogs as outside linebackers coach in 2018. By the following year, the former linebacker at William Jewell College was named defensive coordinator under head coach Kirby Smart.

Plus, Lanning is one heckuva a recruiter. The 2022 Football Recruiter Rankings puts Lanning at No. 8 in the nation.

Interestingly, Oregon’s plays its season-opener against UGA on Sept. 3, 2022, at Mercedes-Benz Stadium in Atlanta. Under Lanning, the Ducks may get a head start to prepare for the Bulldogs’ powerhouse offense.

While Lanning was somewhat unexpected, he is an exciting hire. Coming from the SEC, Lanning offers a very different perspective and approach to football on the West Coast. Oregon has offered a young coach an opportunity to build and grow his own program with nearly limitless resources and support. Here’s to a new era of Oregon football. Welcome, Dan! Go Ducks!