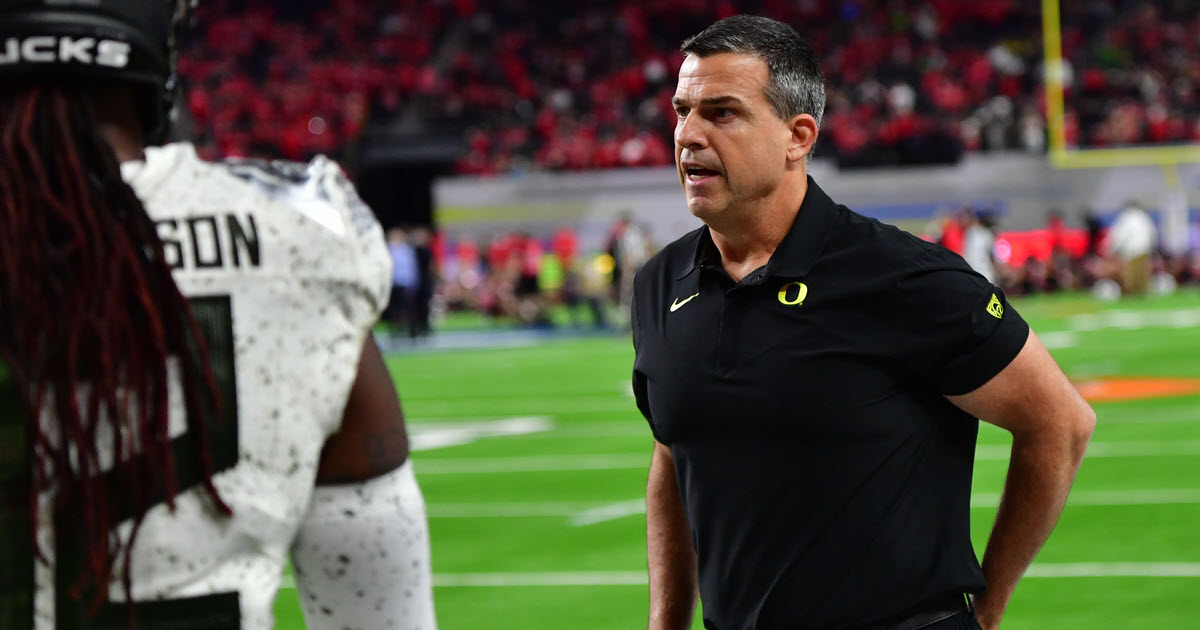 Loyalty for aspiring top-tier programs is dead in College Football. The desire for loyalty is commendable and brings stability to both a program and a fan base, but if the goal of a program is to win a National Championship, then loyalty shouldn’t be a factor.

This doesn’t mean a school shouldn’t try to lock down its coach for as long as possible and create incentives and buyouts to ensure the coach doesn’t leave, though. No school wants to have a Willie Taggart situation where a coach joins and then leaves the program in under a year, but in the shifting landscape that is College Football, no school can assuredly lock down a coach forever.

Coaches Create Their Own Loyalty

There is only one way for a school to build a coach’s long term loyalty, and that is with money — money for the coach but also money for all the resources a head coach needs to succeed. Money for new facilities, money for assistant coaches, money to provide a private jet for recruiting trips… there is a whole lot of money that goes into finding and keeping a successful top-tier coach.

In the end it really only comes down to the coaches to build their loyalty with the program. They do this by making it their own and winning. Over the last 10 years, how many times has Nick Saban’s name come up in any school’s coaching search? The answer is none — partly because Saban has all the money and resources he could possibly ever want at Alabama, but theoretically any top-tier school with  deep enough pockets could match the money at Alabama. What keeps Saban at Alabama more than the money at this point is the program he has built. He is the most successful college football coach of all time, and at Alabama he has created a program that has only missed the playoff once since it began in 2014. 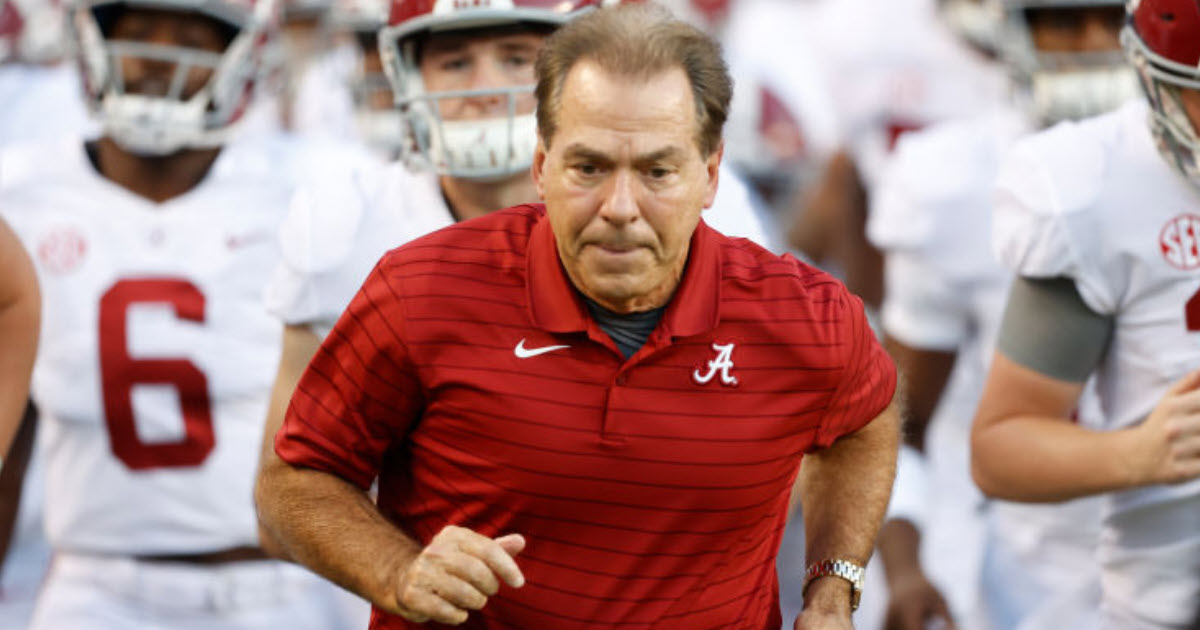 Nick Saban is loyal to Alabama because he built Alabama in his image.

Dabo Swinney’s name came up in the waning days of Oregon’s coaching search as a long shot candidate by media members. Sweeney was never truly a candidate for the Oregon job, and it is for precisely the same reasons Saban’s name never came up in the coaching search. Swinney has built his program and Clemson provides him with enough resources to do the job he wants to do. Both Swinney and Saban could move to any school they wanted and make potentially more money, given the right school and the right boosters, but they are loyal to the programs they built.

Mike Bellotti followed Rich Brooks at Oregon and was a true “lifer” for Oregon in that his coaching career ended with his retirement. Bellotti still holds the record at Oregon with the most overall wins, with a record of 137-80-2. This gives him an overall win percentage of 63%. Bellotti oversaw the modernization of the Oregon football program and set the stage for Chip Kelly to take over the program and elevate it to new heights.

Mark Helfrich is the only other recent Oregon coach in the mold of Bellotti. Helfrich would have been a lifer at Oregon if given the opportunity. Loyalty cuts both ways and after a disastrous four-win 2016 season Helfrich was fired. Helfrich ended his Oregon career with a 37-16 record which is a 71% win rate, but this was not enough to save his job. 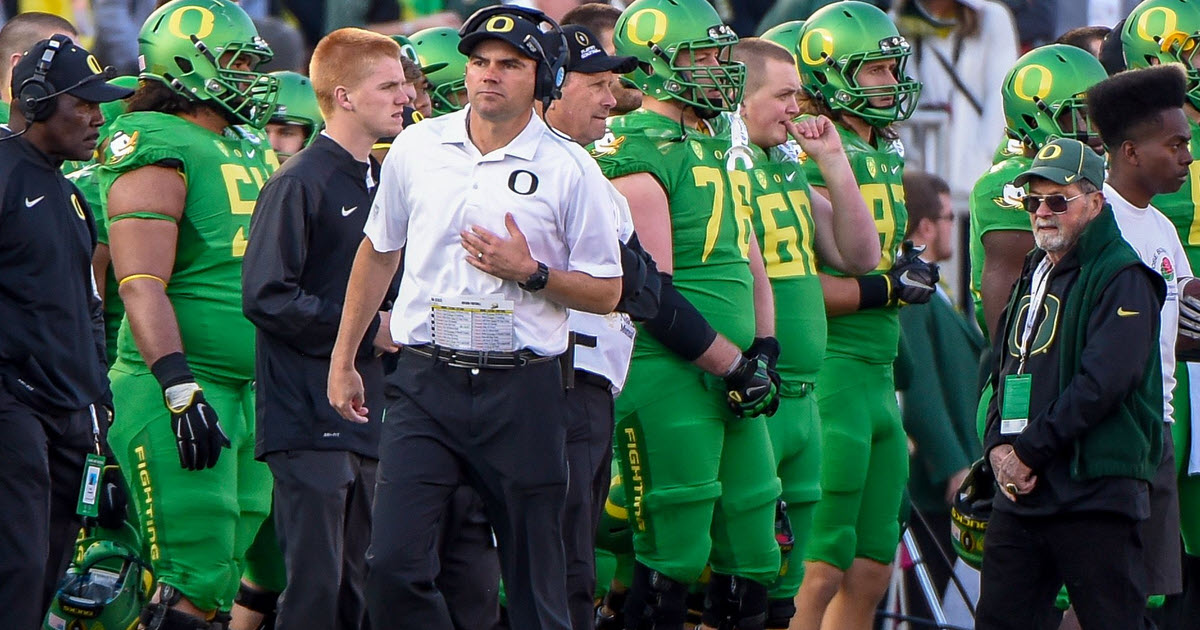 Mark Helfrich coaching against Florida State in 2015 in the inaugural College Football Playoff.

Oregon fired a winning coach because it appeared that coach wasn’t going to bring a National Championship to Eugene. Oregon wasn’t loyal to Helfrich, who was unquestionably loyal to Oregon, and Oregon instead turned to Taggart — who coached at Oregon for less than a year before taking his dream job at Florida State.

Mario Cristobal proved to be a bit more loyal. The Miami job opened up after his first year at Oregon and Cristobal didn’t even entertain the job — but when circumstances changed, Cristobal did what was best for him and his family. There is a lot of stock put on coaches for their loyalty; however, there should be an emphasis on schools and their loyalty to coaches as well. Oregon has a goal of winning a National Championship, but so their loyalty to their coaches only lasts as long as a coach is consistently progressing toward that goal.

In his introductory press conference, Oregon’s new head coach Dan Lanning said, “For me this [is] a premier job in the nation… There doesn’t have to be a next step for me. This job can be the final step.” Oregon is able to provide the resources that Lanning needs to get the job done. Lanning needs to build his winning program, which would help build his loyalty to Oregon, but also Oregon’s loyalty to Lanning. We are only at the beginning of the Lanning era and many questions remain.

Remember, Oregon is a program with incredibly high expectations, and the administration and fans alike deemed Helfrich, who had a strong overall winning record, suitable to coach the Ducks. How loyal will fans be to Lanning if he stumbles? How loyal should Lanning be to Oregon?