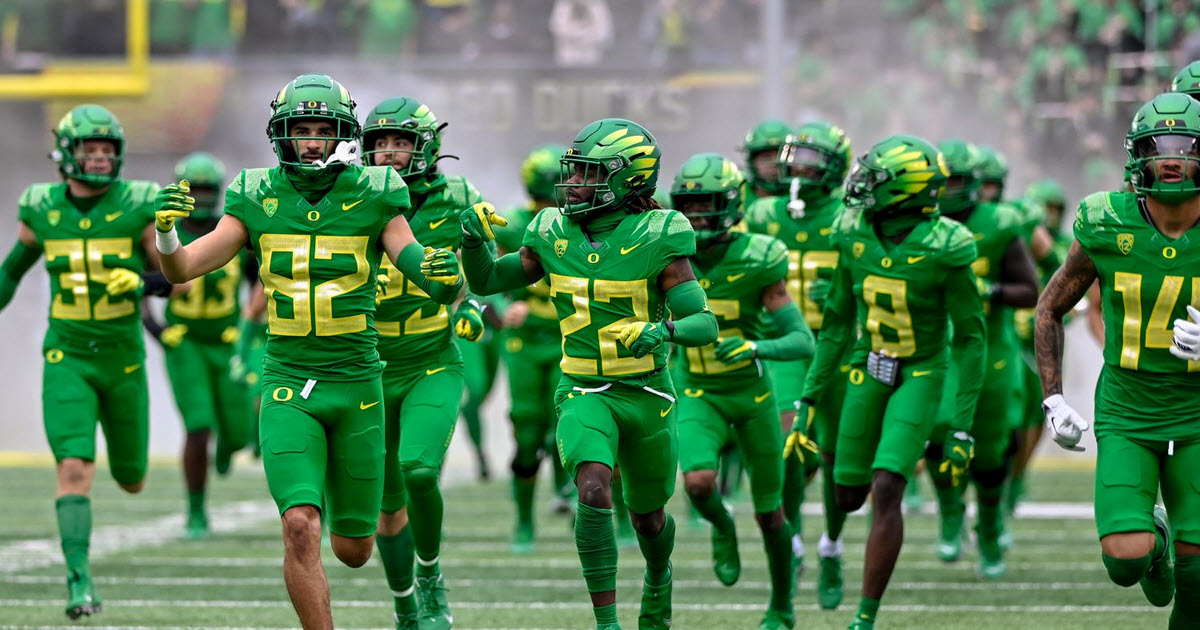 Oregon failed to redeem themselves against Utah last night. It was nothing short of a disaster and it showed how Anthony Brown is not the future of this team. However, this team has a whole lot of potential moving forward into 2022.

This year Oregon has been plagued with injuries that has resulted in the Ducks inability to consistently start the same group for multiple weeks in a row. For such a young team this has delayed the team chemistry so desperately needed to create a dominant team. The number of injuries Oregon has suffered is not normal but it is the hand the Ducks were dealt this year and they have shown grit and determination that has resulted in a remarkable 10 win season.

Oregon is the youngest team in the country and the 2021 class has been pressed into service earlier than the coaches would have chosen. Many of these players would have seen the field with the redshirt rule, which allows a player to play in four games, but instead they have been forced to burn the redshirts completely for a majority of the 2021 class. In the short term this has hurt the program and is the primary reason for Oregon’s two losses in the regular season. Byron Cardwell has shown his potential, just wait for him to develop some more.

CJ Verdell went down with a season-ending injury against Stanford and Travis Dye has done an admirable job carrying the load but the biggest surprise is the emergence of Byron Cardwell as the new No. 2 running back. He has shown incredible vision, patience and speed and is the future featured back at Oregon. Even if Verdell and Dye stay another year, it is going to be impossible to keep Cardwell off the field as he has the size, speed and vision that is just better than either of the two veteran running backs. He just lacks the experience.

With the loss of Johnny Johnson III, Jaylon Redd and Mycah Pittman, Oregon has had to turn to younger players. Though Devon Williams is not a new or young player, he is really looking good and has become a reliable receiving target. Williams will return next year to lead this receiving corps but he will be joined by some of this year’s freshman who are making a major push for central roles going forward. Dont’e Thornton and Troy Franklin have both seen the field and made some big plays but neither has yet had a big breakout game but playing time always pays dividends for young players in future seasons.

Then there is Kris Hutson who has shown the most growth out of anyone on the receiving corps and had his first big game against Oregon State where he had seven catches for 82 yards and averaging over 11 yards per catch, and many of those catches weren’t easy. Hutson has had an interesting year where he was chewed out by Cristobal following an unsportsmanlike penalty that killed any hopes of points for Oregon at the end of the first half against Arizona and fumbles against Cal and UCLA made for a rocky mid season. Now, he is becoming one of the most promising players on Oregon’s offense and he is getting better with every week. Kayvon Thibodeaux will not be with Oregon after this season as he is predicted to be a Top-5 draft pick come the spring. His loss will be felt but Bradyn Swinson has had some incredible moments this season and Brandon Dorlus has also become a force to be reckoned with along the line of scrimmage. This entire defense line will continue to get pressure behind the line of scrimmage especially with a healthy Kenyon Ware-Hudson and Mase Funa back in the rotation next season.

Linebacker is perhaps the single position most effected by injury this year, but in looking at the depth chart one thing becomes clear, all the scholarship players are returning for at least one more year. Noah Sewell has grown as a player this year where he is able to play fast and physical but this year he is playing more in-control than he did last year. Justin Flowe should return next year and as fans we sadly only got a glimpse into his potential. He played an incredible game against Fresno State to start the season before a season ending injury. Then there is Jeffrey Bassa who converted to playing linebacker this year due to all the injuries and Keith Brown who has struggled with his own injuries, and probably would have red-shirted if not for the injuries. Jackson LaDuke is only now healthy enough to play. Bennett Williams hasn’t played since Cal this year as he is out with injury.

Along the secondary Bennett Williams will return, potentially even this year for the bowl game. When Williams was healthy Oregon was seeing a weekly improvement in the secondary and stopping those short passes, though since not only his but the other injuries in the secondary Oregon has struggled with the pass throughout the season. Oregon also lost Steve Stephens as a starting safety and his loss was immediately felt as Colorado started moving the ball a lot more effectively after he went out with an injury. In his place Oregon has had to turn to Jordan Happle who is playing with a massive club on his hand.

It is unclear whether Mykael Wright will return next year but there is certainly talent behind him in Trikweze Bridges.

This Oregon team has been battle tested and is now the most experienced young team in the Pac-12 and the entire country. All these young players have been thrown into the fire to prove themselves and next year’s team will be all the stronger for it.

The season, however, is not over yet as the Ducks still have a Bowl game left and a victory would be a statement for this young team to build off of heading into the off season. Next year Oregon will not have the youth excuse but if they play up to their potential they won’t need any excuses as they should be playing in the College Football Playoff. The future is bright for the Oregon Ducks.