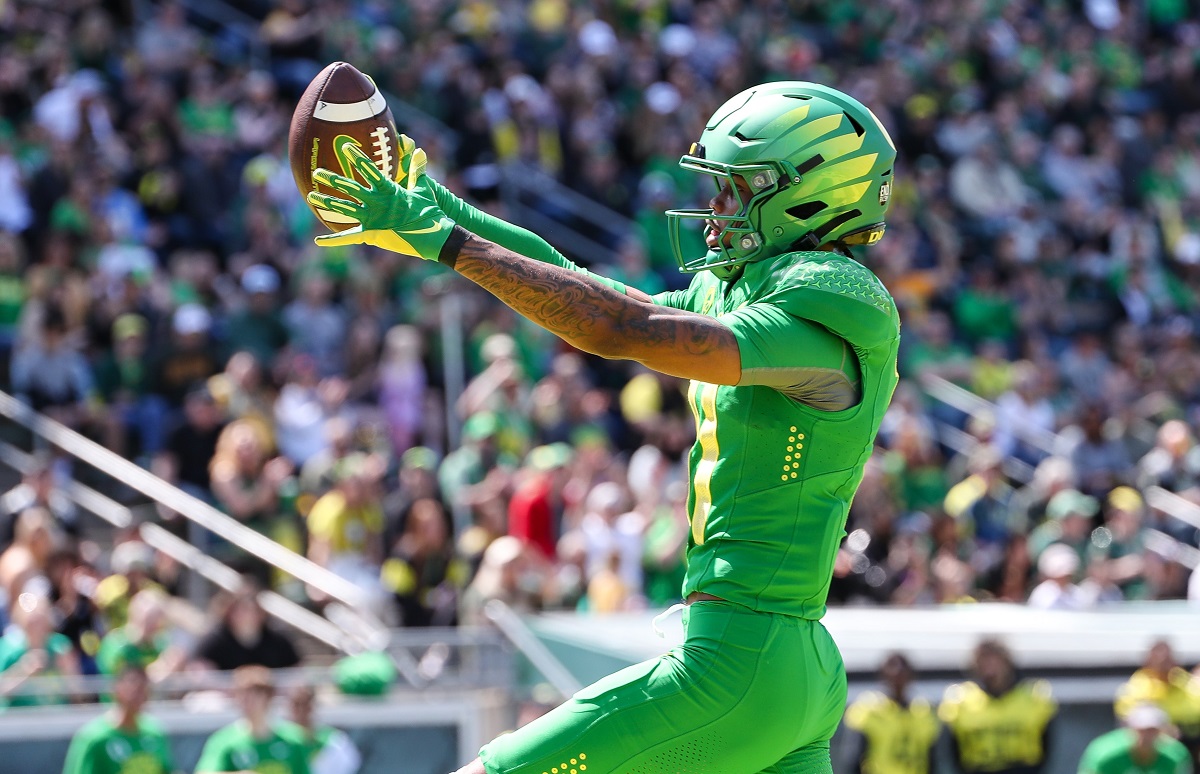 If you’re head is still spinning over the uncertainty swirling around the realignment of the Pac-12 Conference, join the club. And there are no real strong signs of clarity at the moment. For now, it appears the remaining 10 schools in the conference — minus USC and UCLA, who quietly moved to the Big Ten — are sticking together, especially after talks about a potential conference partnership with thePac-12 and Big 12 apparently fell through.

The scenarios are plentiful. Does the Pac-12 sign on San Diego State or Fresno State in an attempt to fill the void of the conference’s largest media market leaving? Do more Pac-12 schools leave the league in a scramble to leave a sinking ship? If we’ve learned anything over the past month, things change — drastically and quickly.

So, with a new media rights deal still in the works for the conference and rumors aplenty choking the air with seemingly endless speculation, what are insiders saying about the future of the Oregon Ducks and Pac-12?

“Really, I’m very optimistic moving forward,” WSU president Kirk Schulz told The Seattle Times on July 24. “With every week that goes by, that sense of optimism probably increases. The conference is as unified as I’ve seen it in my six years here.”

“Our membership is committed to being together,” WSU athletic director Pat Chun said. “Obviously, we had two members that weren’t committed. Being in these meetings, there is positivity. We are united and there is a pathway forward for the Pac-12. Where we sit today, I honestly think the Pac-12 is well-positioned for its next chapter, and that’s good news for Washington State.” 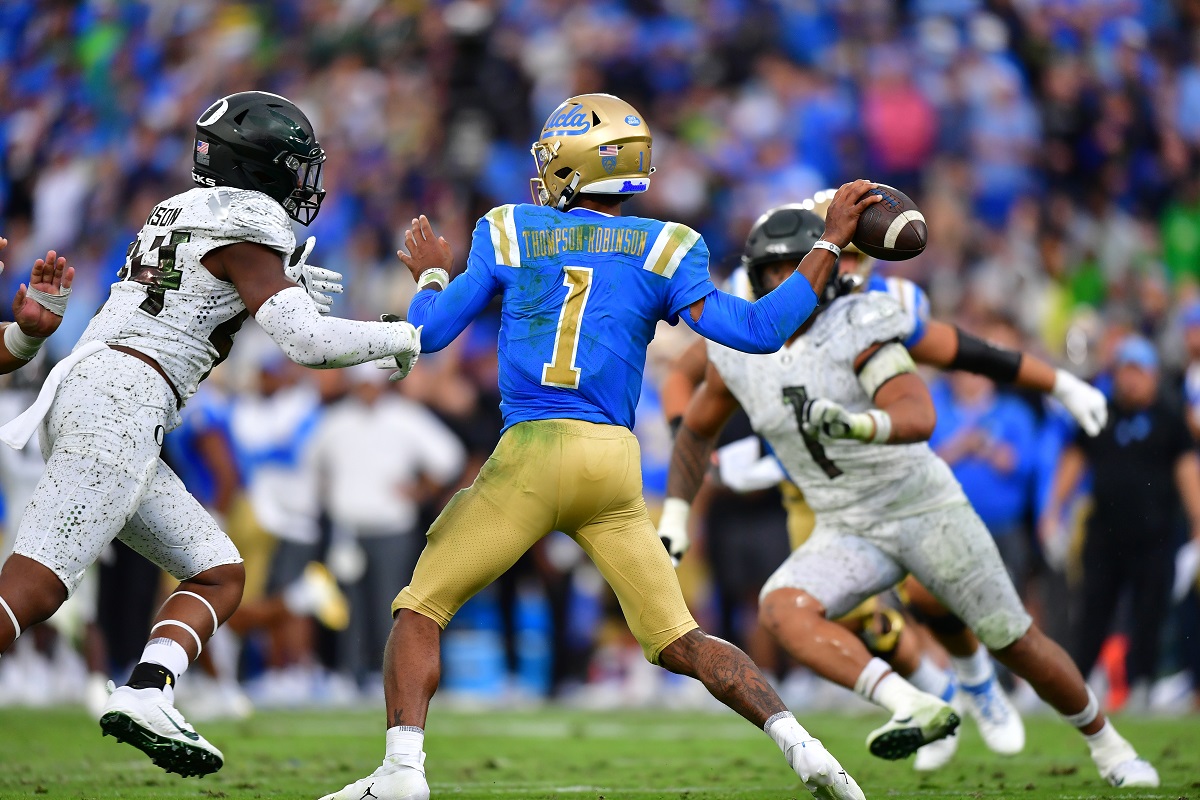 UCLA ditched the Pac-12 for the Big Ten. Will Oregon be next? It’s possible, insiders say.

According to ESPN’s Pete Thamel, A full merger between the Big 12 and Pac-12 (combining both leagues into a 24-team super league) was apparently the only option worth considering, but once again, it came down to media rights, since Big 12 is unable to renegotiate until 2024.

“Because the Big 12 media rights can’t be negotiated until 2024, Pac-12 schools have no motivation to join the Big 12,” a Pac-12 source told ESPN. “The Pac-12 has announced that they’re staying together and are in the middle of media rights negotiations.”

Rumors have also circulated around a possible scheduling deal between the ACC and Pac-12 but the word from insiders is the money isn’t right.

“Big Ten isn’t close to done,” Canzano said on Twitter on June 30. “Keep an eye on Washington, Oregon, Stanford and Cal. (Maybe Utah/Colorado.) I mentioned those for a reason.”

Phil Knight, Nike founder and Oregon’s largest financial booster, has reportedly said he supports Oregon moving to the Big Ten or SEC, an insider told Canzano. This puts a lot more weight behind the Ducks actually leaving the conference in a drive to remain relevant in a rapidly changing college football landscape.

“I had a well-placed source tell me that he didn’t think Phil Knight donated all those millions over the years for UO to get left in the college football minor leagues,” Canzano wrote. “I wrote recently about Knight’s role in this process. I believe he wants Oregon to matter and will do whatever it takes to help position the Ducks for success.”

FOX Sports reporter Bruce Feldman said on the Rich Eisen Show that he believes Knight may be the difference-maker for the Ducks to eventually leave the Pac-12. 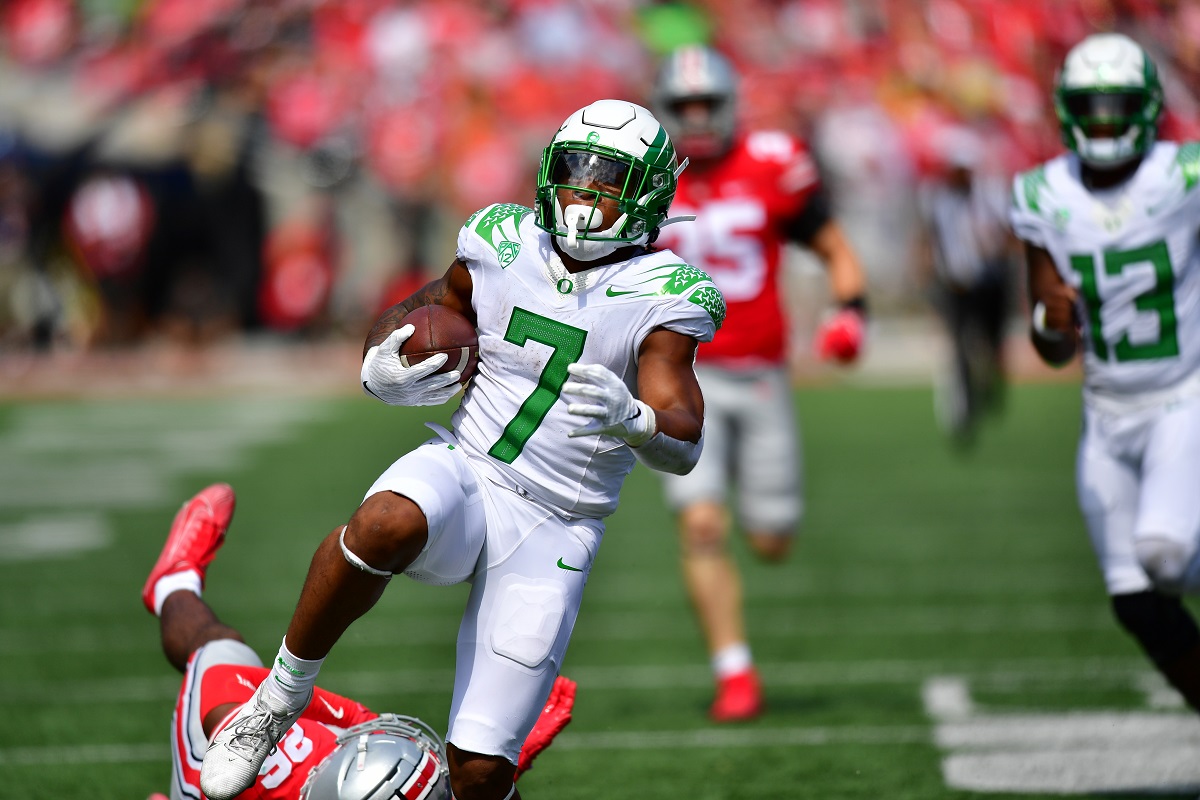 Some believe Oregon could leave the Pac-12 to join Ohio State in the Big Ten.

“Oregon is probably, in a lot of ways, a wild card because of Phil Knight, for one. They’ve had a lot of success, and they’ve elevated their brand. Right now, they’re in a league that feels like, I don’t want to say it’s fallen apart into nonexistence, but it is on such shaky ground. It is so diminished from where it was (last week). It’s not sensible for them to stay if they have other choices.”

However, Canzano has also reported that Oregon Gov. Kate Brown may have plans to tie Oregon with in-state rival Oregon State, a program with a significantly smaller national footprint than the Ducks. Why? So the Beavers aren’t left without an anchor school to help drive dollars and recruits to the conference.

Do USC, UCLA Owe an Explanation?

Nobody in the college football world, especially in the Pac-12, foresaw the departure of USC and UCLA for the Big Ten. Nobody. The move left the West Coast (and nation, frankly) shell-shocked. But does either school’s decision warrant an explanation?

According to multiple news outlets in Los Angeles, California Gov. Gavin Newsom recently questioned UCLA’s decision to move its athletic program into the Big Ten in 2024 without providing advance notification to the University of California Board of Regents.

“UCLA must clearly explain to the public how this deal will improve the experience for all its student-athletes, will honor its century-old partnership with UC Berkeley and will preserve the histories, rivalries and traditions that enrich our communities,” Newsom said.

So, what do you think will happen next? What is the future of the Pac-12 and Our Beloved Ducks?
Jordan Ingram
San Diego, California
Top photo by Gary Breedlove