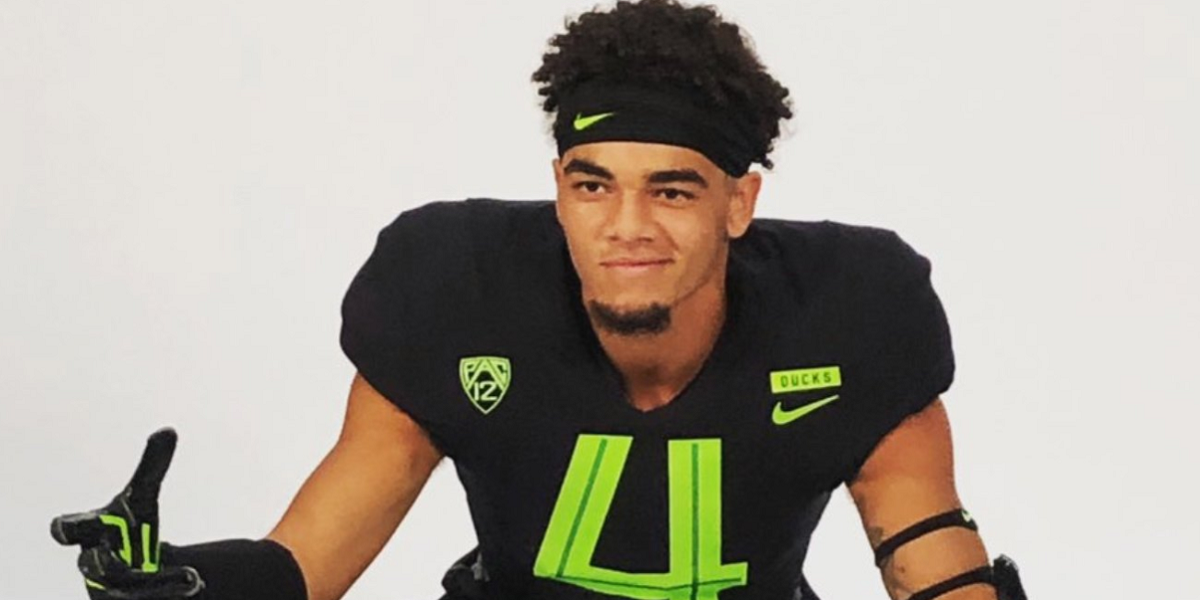 Oregon’s latest elite safety is sixth-year senior Bennett Williams, a former ESPN.com Freshman All-American in 2017 at Illinois. Mr. FishDuck was having some gaming fun at Bitcoin Casino, and when I asked him about his impressions of the potential all-star at safety, he replied “he is in for a monster year.” Let’s look at why.

Duck football has produced a string of excellent safeties over the years: players like Anthony Newman, Eric Castle, Chad Cota, Patrick Chung, John Boyett all live in Ducks football lore. And the last five years have seen Ugo Amadi, Jevon Holland and Brady Breeze all taken in the NFL draft.

Williams’ freshman year at Illinois saw him record 64 tackles in 11 games, ranking second for Big Ten freshmen in total tackles. That included two games with double-digit tackles, and three interceptions in conference games to lead all Big Ten freshmen. His freshman-year performance earned him a place on the BTN.com Freshman Team. 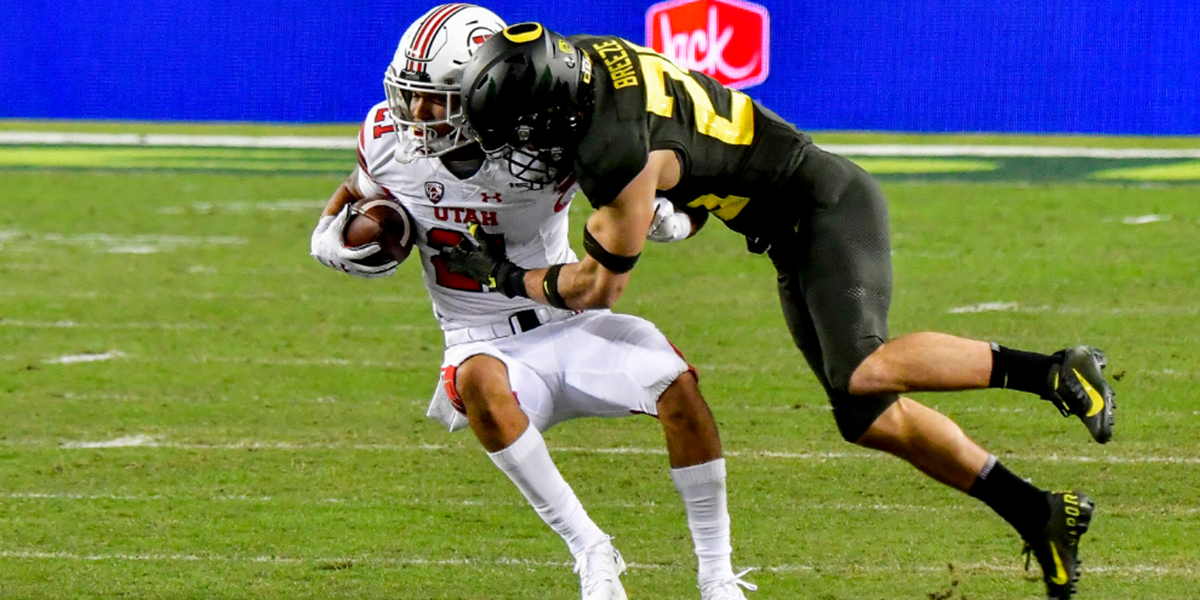 Breeze was the last Duck big hitter at safety, and also was a ball hawk like Williams.

Williams transferred into the Oregon program for the COVID-shortened 2020 season, joining the deep competition in the safety room. Williams, in a rotation with Jamal Hill and Jordon Happle, played in all seven games, making two starts. He recorded 15 tackles, with one sack and two pass breakups for the season.

As a starter in first four games of the 2021 campaign, Williams was nothing short of electric. He looked better than Breeze did during his 2020 Rose Bowl Defensive MVP season.

Williams recorded 20 tackles and three interceptions before suffering an injury that would keep him out until the Alamo Bowl. When healthy, he and Verone McKinley were arguably the best starting pair of safeties in the Pac-12, and one of the top pairs in FBS. 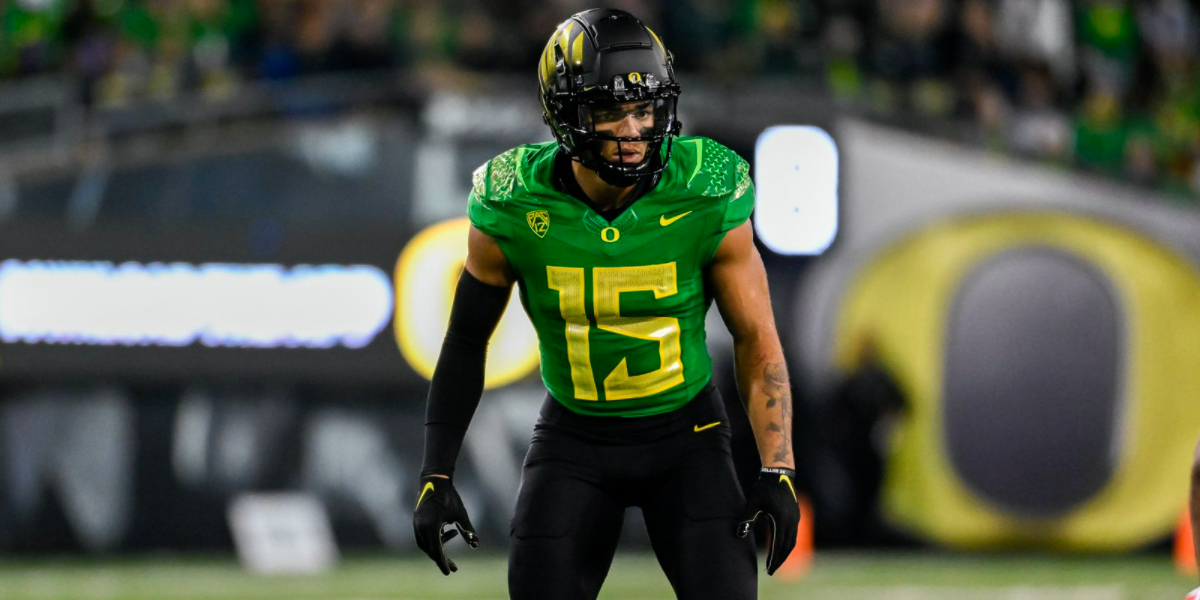 Williams will be the leader in the secondary for the Ducks in 2022.

Williams showed excellence in all phases of the run game at safety last year. His instincts and early play recognition in the run game was as good as it gets. He routinely flew up in run support to make standout plays.

Williams wasn’t just aggressive; he brought the wood with bad intentions. He recorded 17 solo tackles out of 20 total in 2021. Elite level!

In the passing game Williams was all over the field, breaking up passes with his long wingspan. Against Arizona, Williams returned one of his two interceptions back for a 68-yard touchdown! He also recorded six solo tackles and eight total. 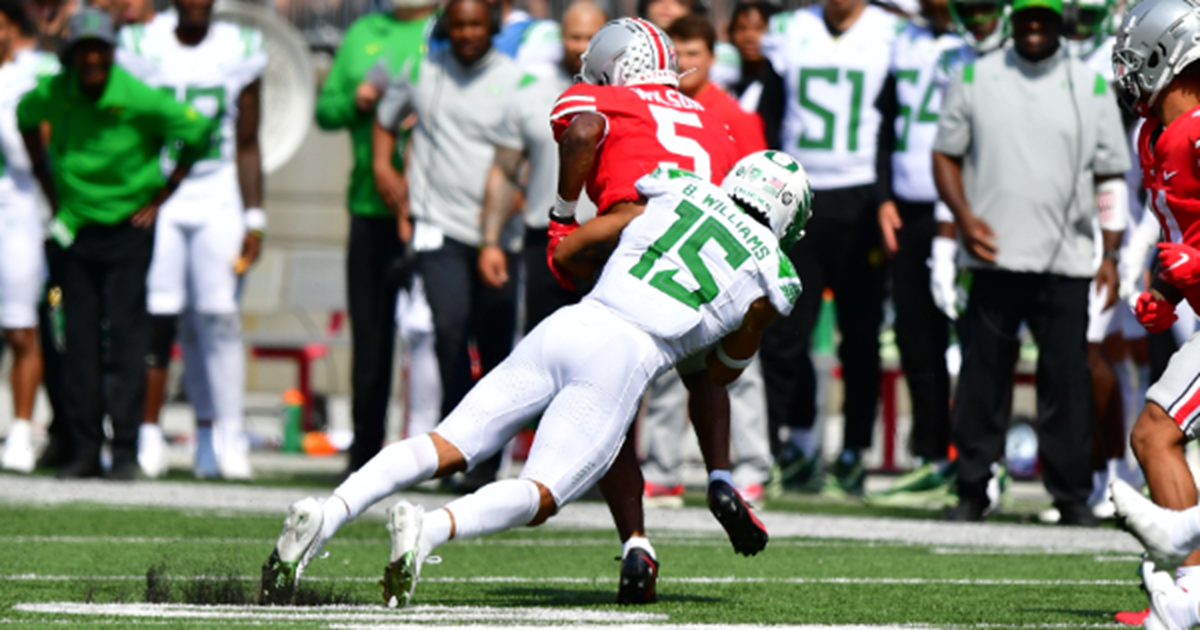 Bennett Williams makes a solo tackle in space on OSU reviewer Garret Wilson who was a 2022 first round NFL draft pick.

Sadly, it was after this game that Williams broke his fibula during practice and was lost for the remainder of the regular season. He managed to return to play 26 snaps in the Alamo Bowl, recording one tackle for loss and forcing a fumble. Williams shows a mean streak with an offensive lineman at the line of scrimmage.

Williams’ nine-game absence last year will not prevent him from being fully entrenched as the starting Star safety from game one this fall. No other Duck safety on the roster has the experience, production or accolades Williams has. Look for Williams to be the leader of the secondary, and to post more than the 64 tackles he had as a freshman, as well as posting around three more interceptions. Williams was on pace for that kind of season last year.

Bennett Williams is going to have a monster 2022 season. He will be 1st Team All-Pac-12, and he will etch his name into Duck safety lore. How excited are you to watch Williams play this year, Duck fans? Share your thoughts in the OBD Forum!