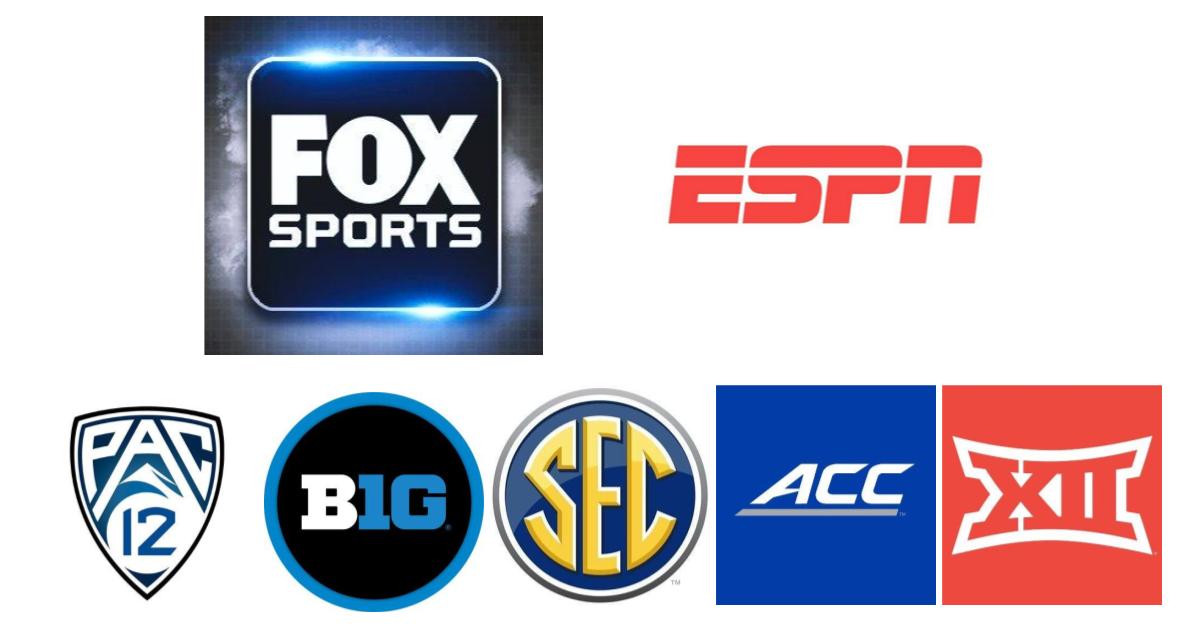 This will come as no surprise to any of you, but the NCAA is dead. It ceded away its power to the major conferences through its reluctance to complete investigations of recruiting violations in a timely fashion, not to mention SEC favoritism, where Pac-12 schools would be punished severely for violations but the SEC has gone largely ignored. Mr. FishDuck took some time from enjoying link slot gacor to agree with the important premise of this article.

The NCAA died when it created the transfer portal without putting any real rules and regulations around its use. As a result, there is frequent roster tampering where schools will indirectly contact players from other teams to get them to enter the portal and transfer schools. Beyond that, the transfer portal has been an absolute disaster for student-athletes, as most frequently find themselves without a home upon entering the portal.

And then there is the NIL debacle. Players receiving pay at the college level was inevitable, so let’s not debate whether it is good or bad for the sport — it simply is at this point. But what the NCAA failed to do was get out ahead of it. If the NCAA actually led college sports, it could have established pay for players in a way that could be regulated, beyond a feeble attempt at regulation these days where they investigate potential problems with NIL without any likely consequences.

But what really killed the NCAA and the tradition of college sports is the rise of major media companies getting involved in conference alignment. ESPN and FOX have run amok with their control over the major conferences themselves. At this point there is a race to the creation of the first major super conference. Last year it was ESPN that opted to meddle in conference realignment as they initiated Oklahoma and Texas leaving the Big 12 for the SEC in 2025, if not earlier. This sent a shock through the college football world as it blindsided the Big 12 completely and effectively overnight reshaped the Big 12 from a Power Five Conference into something lesser. 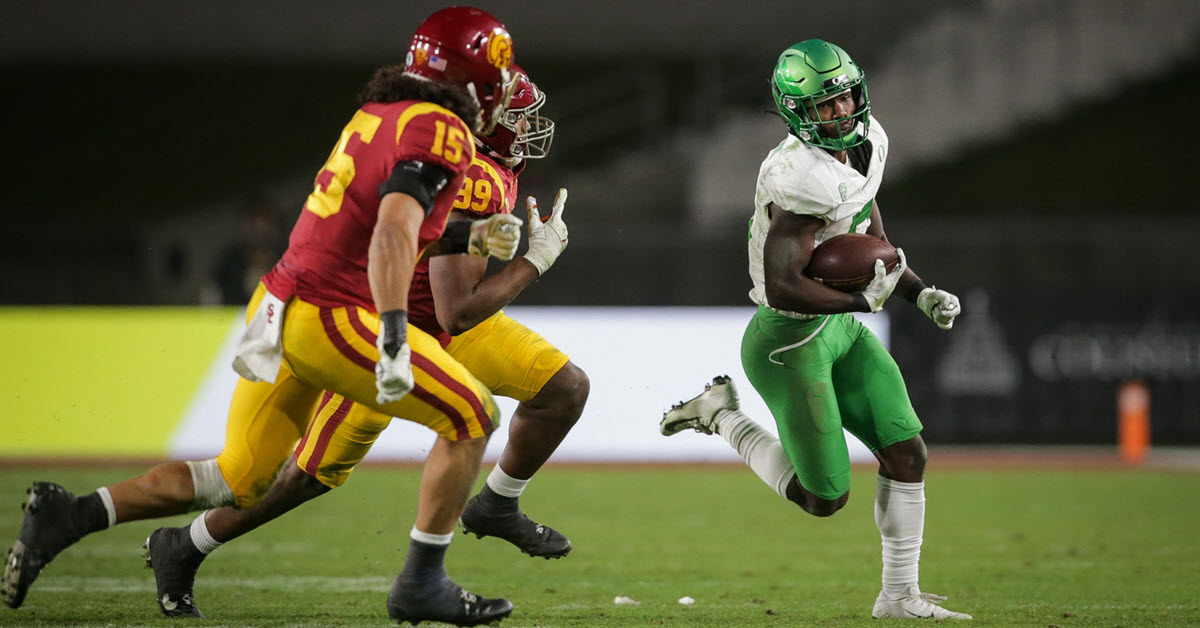 Sean Dollars runs against USC in route to another Oregon Pac-12 Championship.

The Big 12 reacted by expanding the conference, and will be adding BYU, Cincinnati, UCF and Houston no later than the 2024-25 season. None of these schools is the same caliber of programs compared to what they lost in Oklahoma and Texas, which generated the lion’s share of revenue for the entire conference. Cincinnati did make the playoff last year and put up a good fight against Alabama, but they are not in Alabama’s league or really any major blue blood program and in the end they don’t inherently add much to the Big 12.

The Big 12 for all intents and purposes will be dead, and it is thanks to the meddling of ESPN as they continue to grow their most beloved conference, the SEC, in their pursuit for even greater profits at the expense of College Football.

This year we have seen effectively the same thing but this time with USC and UCLA leaving to join the B1G. This time it is not ESPN behind the conference realignment but FOX, which isn’t too surprising because they saw what ESPN did, and in their desire to compete with ESPN, they decided to impose their will on the College Football landscape and expand their most profitable conference, the B1G. 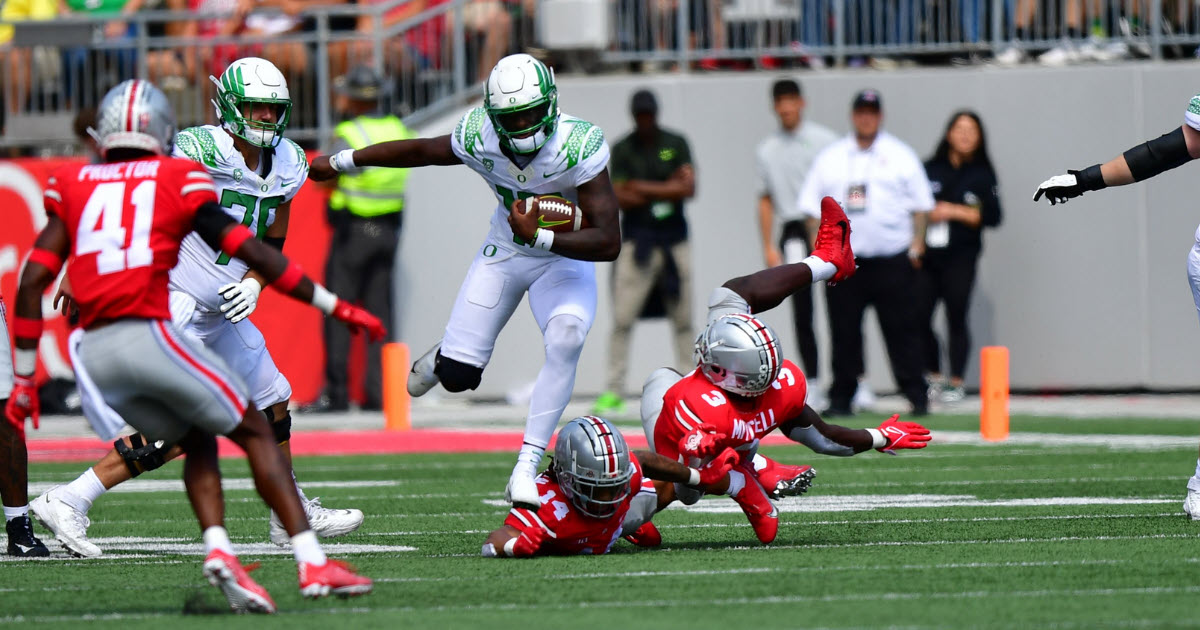 Anthony Brown runs against Ohio State in Oregon’s great victory in “the Shoe.”

The Pac-12 is in dire shape as it has lost the two major programs in the LA media market which is critical to Pac-12 revenue. There is already talk about expanding the Pac-12, or now Pac-10, to try and recoup the loss of USC and UCLA — but the truth is the Pac-12 is geographically isolated and there really aren’t any good choices for expansion. Perhaps the best route at this point would be to merge with the remnants of the Big-12, but in truth that isn’t inherently as good a move as perceived because the Big-12 has already been gutted.

And let’s not kid ourselves, the two media giants are not done meddling, for good or ill. Oregon and Washington will probably be approached to join the B1G at some point, as they are the two major programs remaining in the PAC and the two that would cement FOX’s control over the west coast’s media markets. It is also likely that ESPN has their eyes set on Clemson, Florida State and Miami as part of their eventual expansion plans for the SEC. In their last meeting, Oregon defeated UCLA and the two will meet again this year.

Right now all the focus is on expansion and changing the conferences by adding schools, but at some point EPSN and FOX are going to evaluate their chosen conferences and determine that some teams just aren’t pulling their weight in terms of viewership and revenue generation. At that point they are going to start influencing their conferences to remove teams that don’t help their bottom line.

There needs to be a strong centralized governing body to restore some sanity to college sports. An entity like say, the NCAA, but the NCAA is on life support. There are ways to save College Football but it is going to require profit sharing and creating a set of rules that create more equality throughout the sport rather than the haves and have nots being determined by media companies choosing to carve out the best teams for themselves.

And at what point do these media entities determine not only who can be in a conference but who can’t?