One thing we know about Dan Lanning: he can rock an offseason.

Be honest. How many of you thought after several shocking losses last season that Mario Cristobal would ever get Oregon back to the playoffs? Utah manhandled Oregon twice, puncturing Cristobal’s perpetually sunny forecasts and sending fans careening toward a dismal offseason — something between a bad cigar and eating wet cement out of a boot.

Enter boy wonder Lanning. He has surprised skeptics by zapping the program with offseason electricity we haven’t seen since Chip Kelly took the Ducks to the Natty.

Lanning reconnected with past players who were pointedly left out of the Willie Taggart/Cristobal era. He embraced the current roster, built team chemistry and made football fun again for players. He also showed that he’s a prodigious recruiter. Last month, ESPN had Lanning’s recruiting class leapfrogging Cristobal’s at Miami and into the top 10 for a couple of weeks.

Yet nothing defibbed the hearts of Duck fans like the spring game. Not since Marcus Mariota faked a pitch and zipped 82 yards for a touchdown in 2012 has the spring game been as promising. (Video above cued to show that epic moment.) The play calling and the execution were worthy of Kelly (Chip Classic version).

The spring game served as Lanning’s coming-out party. Once he’s old enough to drive, this new coach might be the real deal. Anything seems possible again.

Compare the anticipation under Lanning to what we expected in December, even before Cristobal announced his departure. Cristobal is a brilliant recruiter. But give or take an Ohio State or a Rose Bowl, games that any sentient being would get amped to play, his teams often seemed flat.

The Ducks played down to nearly everyone. Remember being up just 17-7 at the half against who-knew-they-had-football Stony Brook? Or worse, losing to lowly Stanford? That wasn’t Zone Read football. It was Don Read (look it up).

Perversely, the team’s best games fed fan frustration. The Ducks would play excellent ball one week and disappear the next. Where would they go? As a friend and long-time Duck fan said: “I don’t like to watch games anymore. It’s agony.” 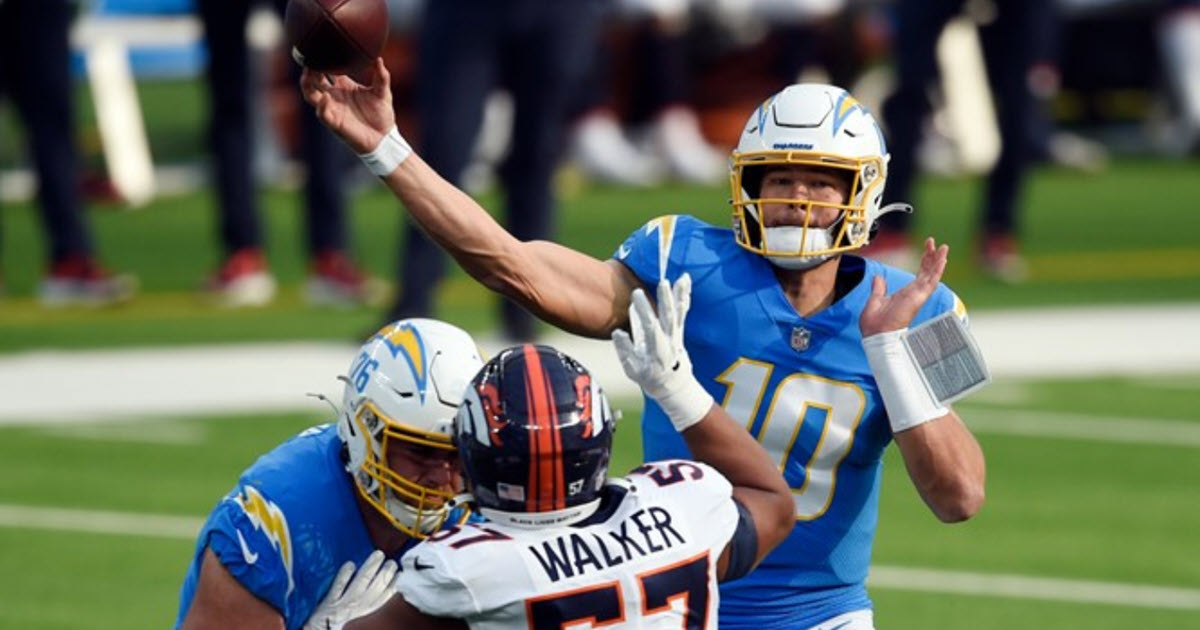 We never knew Justin Herbert was one of the best QBs on the planet while at Oregon.

Cristobal’s players didn’t develop as much as expected. Andy Staples of The Athletic wrote a persuasive analysis last month that includes a chart showing a significant gap between recruiting and performance under Cristobal.

Justin Herbert is the number one example. Statistically, Herbert is currently one of the top two rookie/sophomore passers in NFL history, with a rare combination of intellect, quick reads and Koufax-like arm. Yet he played at Oregon under such constraints that he had to win a Rose Bowl with his legs instead of his arm.

Offensive coordinators under Cristobal either didn’t have permission to cut loose or were incapable of it. Recall the boos echoing through Autzen last year as the Ducks strung together one three-and-out after another against Cal. Look, booing your own college team is terribly unsporting. But I get it. Those coaches would put hip waders on Secretariat.

Cristobal’s teams lacked something. Intensity? Focus?  The two blowouts by Utah last year are still jarring, rattling around the bad memory jar like the school crush who left you for a guy with a car. (Karen Skogstaad, 1970, West Anchorage High School.) The Utah games were painful for all Ducks…

Utah had a terrific team and Kyle Wittingham is a first-class coach. But were the Utes really four touchdowns better — twice — than the talent-heavy Ducks?

Those losses all but capped Cristobal’s potential. His years of bright talk about building a stronger, tougher team grew hollow. Wasn’t he seeing what we were? At some point, a coach has to be honest with fans. He needs to acknowledge when his team played like an oboe section that found the tequila.

Then Cristobal naffed off to Miami — giving fans an entirely new reason to fret. After a decade of coaching turnover, the Duck faithful have learned that changes at the top lead to offseasons of anxiety with a soupçon of pessimism. How could Oregon ever replace Kelly? Mark Helfrich lasted four depreciating seasons. “Dream Job” Taggart poofed after one. Then Cristobal vamoosed.

The choice of Lanning didn’t immediately improve the mood. He is the third straight head coach with ties to and presumably longing for football in the Southeast. How deep will his Oregon roots go if the SEC or ACC comes knocking? Oregon’s last two coaches disappeared to the ACC at first chance. Lanning’s off-season had a good start…

Also, Lanning has never been a head coach and is just six years past a series of “graduate assistant” jobs — apprenticeships, essentially. Oregon tossed the Ferrari keys to a guy with a learner’s permit. But so far, he has quieted skeptics by fashioning an exciting offseason.

A long-time friend had coffee with Lanning. He said he found the coach enthusiastic and a full-tilt, forearm-shiver football nerd.

“He seems terrific,” my friend said. “I just hope he can coach.”

Can he? That question will be answered in the months to come. For now, let’s not worry. A great football season is an indelible joy. But a great offseason is a thing to relish on its own.

This one has been a summer in Paris. And as Bogart said to Bergman in Casablanca, “even if the Ducks tank this season, kid, we’ll always have Paris.”