The opening riff of the greatest rock ‘n’ roll song in history was written and played by Rolling Stones guitarist Keith Richards. “There’s something almost mystical about it,” Richards said of his start to Gimme Shelter. “When hit in the right way at the right moment, a cheap ride to heaven.”

Say the same for the dazzling offense Kenny Dillingham has splashed across Autzen in the last two weeks. At one point Saturday, Oregon had scored on 15 of 17 possessions over two games against a strong FCS team and a No 12-ranked FBS opponent. Dillingham’s offense, when hit in the right way at the right moment, is a cheap ride to heaven.

As for mystical, just ask a befuddled BYU. It’s hard to see shoulders slump when they’re inside pads, but we saw it Saturday. As early as the first quarter, when the scoreboard still suggested a close game, BYU’s demeanor reminded one bleacher bum of Colorado at the 2001 Fiesta Bowl, when an Oregon team that by all rights should have been playing for the national championship blew out the slow-footed Buffaloes.

After that game, a sportswriter friend ran into an Oregon receiver at the Phoenix airport. “When did you know you were going to win,” the writer asked. Answer: the second offensive series. “We could see it in their eyes,” he said. “They knew they didn’t have our speed.”

For BYU, the evidence came from a mojo-sapping attack by Oregon running backs — Mar’Keise Irving, Noah Whittington, Jordan James. Oregon’s offensive line dominated on Saturday, but on a few occasions early in the game, blocking broke down and Oregon’s running backs seemed destined for short yards. Instead, they quick-stepped around BYU defenders for big gains.

Too much speed. Under Cougar pads, shoulders slumped. Bo Nix enjoys an offense designed for him by Coach Dillingham.

Grit And a Retraction

A brief digression. When Charles Fischer asked me to write for FishDuck this year, I told him I didn’t know what I could add. I had no sources other than fellow fans. I’m just a guy who flies 737 miles to Eugene for home games and sits in the bleachers.

Maybe, but here’s the first big flaw: After the Georgia game, this hack wrote that Bo Nix was not the answer at quarterback.

Today, I offer a complete and utter retraction. I’m really, really sorry. I apologize unreservedly. The imputation was totally without basis in fact — and the rest of what John Cleese said in the greatest cinema apology since talkies.

Nix is the answer at quarterback. He was brilliant Saturday, running for three touchdowns, throwing for two and blocking downfield for running backs.

But it was a play in the fourth quarter that could cement him as a gamer in Oregon lore. On third and long, with Oregon needing a first down to keep the clock moving, he sprinted downfield, and as two BYU defenders bore down to sandwich him, he dove headfirst, took the blows, sat up and signaled first down.

Remember Oregon QB Jeremiah Masoli in the 2009 Civil War with a Rose Bowl on the line? Late in the fourth, with the Ducks clinging to a narrow lead, Masoli charged along the Oregon sideline, lowered a shoulder and smashingly rearranged a Beaver defender, achieving a first down that sealed the win and his place in Ducks’ history and hearts. Bucky Irving was part of an offensive effort that scored over 40 points when needed, and ground the clock when essential.

Oregon’s coaches and Nix managed the clock flawlessly Saturday, twice. Oregon mounted a 13-play drive to close out the first half, draining 5:33 in time and finishing with a touchdown that left BYU just 24 seconds to respond. It was the best clock management by Oregon in many years — until the fourth quarter.

With BYU trying to muster a comeback, Oregon engineered a methodical 12-play drive that sucked 8:23 from the clock. By the time Camden Lewis closed things out with a field goal, just 2:16 remained in the game. BYU was done.

We have to go back a dozen years to find a comparable drive, at Cal in 2010 when Oregon orchestrated a drive that sapped away the fourth quarter to seal a win the Ducks needed on their road to the Natty.

The Ducks matched that twice Saturday. Dan Lanning is building belief in his new program.

The Science Behind Playing Thompson

Did Dan Lanning put backup quarterback Ty Thompson into the game too early, turning a blowout into something less satisfying? Lanning pulled Nix for Thompson with 4:03 left in third quarter.

Judging by reactions in the bleachers, it was a mistake, empirically. The offense sputtered twice and BYU scored two touchdowns before Nix returned and engineered his game-clinching drive.

But let’s put Lanning in a white lab coat on this decision. Science is iteration. Scientists fail their way to the right answer. Many of us clamored for weeks to see Thompson in games. We got what we wanted.

The scientist in Lanning saw Thompson have a pair of rough series before Nix re-entered the game to mount the game-ending drive. The coaches learned from it, as did their young QB. Well done. 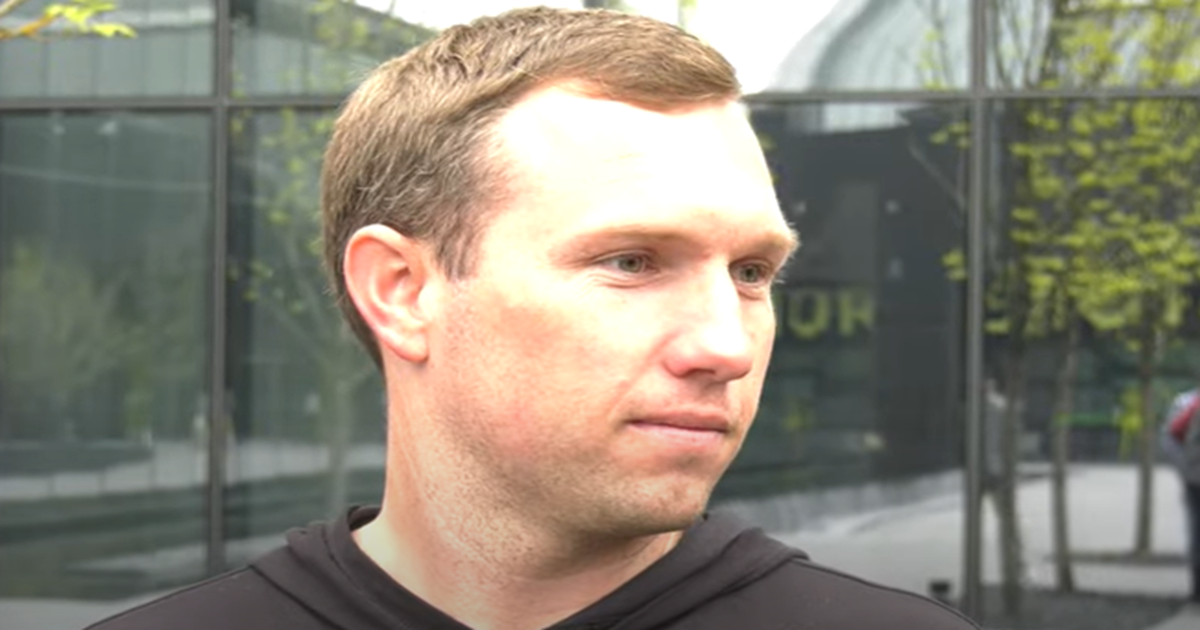 The two games at Autzen this year have been remarkable, thanks in part to a rock ‘n’ roll offense that has opposing defenses singing the blues.

For the record, guitarist Richards recorded his soul-touching Gimme Shelter riff with a broken-down Australian guitar after tuning it to G and removing the bottom string. He played until the neck fell off on the final notes.

Dillingham may or may not know how to play guitar or write music. But by the third quarter Saturday, he had the Cougars singing Gimme Shelter until their necks fell off.