Despite the what-ifs and criticisms about decisions made in Saturday’s game, the outcome is a true reflection of this team. Oregon lost not because of a penalty here or a fourth-down decision there—or because the boys didn’t play hard. They lost because their defense is porous.

Harsh as it sounds, this defense isn’t worthy of a playoff team, and maybe not even a Pac-12 champion. Georgia shredded Oregon two months ago, then UCLA, and now Washington.

In those three games combined, Oregon forced two punts. No team should make the playoffs with those stats from any three games.

Oregon State, even with a sputtering offense, nearly beat Washington by forcing the QB from the pocket and luring him into bad throws into a strong pass D. Oregon did nothing like that.

It’s confounding. Head coach Dan Lanning is a defensive guru. Oregon has top athletes in its secondary, better than most teams in the Pac-12.

So why could Washington receivers playing against six and seven defenders always find a way to get ridiculously open? Why couldn’t the Ducks collapse the pocket against a team the Beavers consistently blew up? What has happened to linebacker Noah Sewell’s blitzing?

Lanning is approaching a plot point in his Oregon story. Barring some magical turn by the defense, he will have a major question to address in the off-season: are his coaches capable of producing an elite defense?

Head coaches need ruthless judgment, about themselves and about their staffs. Does Lanning think the defensive woes can be fixed by the same coaches who haven’t figured it out in 11 months despite fielding likely NFL draft choices Christian Gonzalez, Brandon Dorlus, DJ Johnson, Sewell and others?

Mike Bellotti had sustained excellence at Oregon. He made mistakes in hiring — as anyone who has ever hired anyone does — but he corrected them. What will Lanning do? 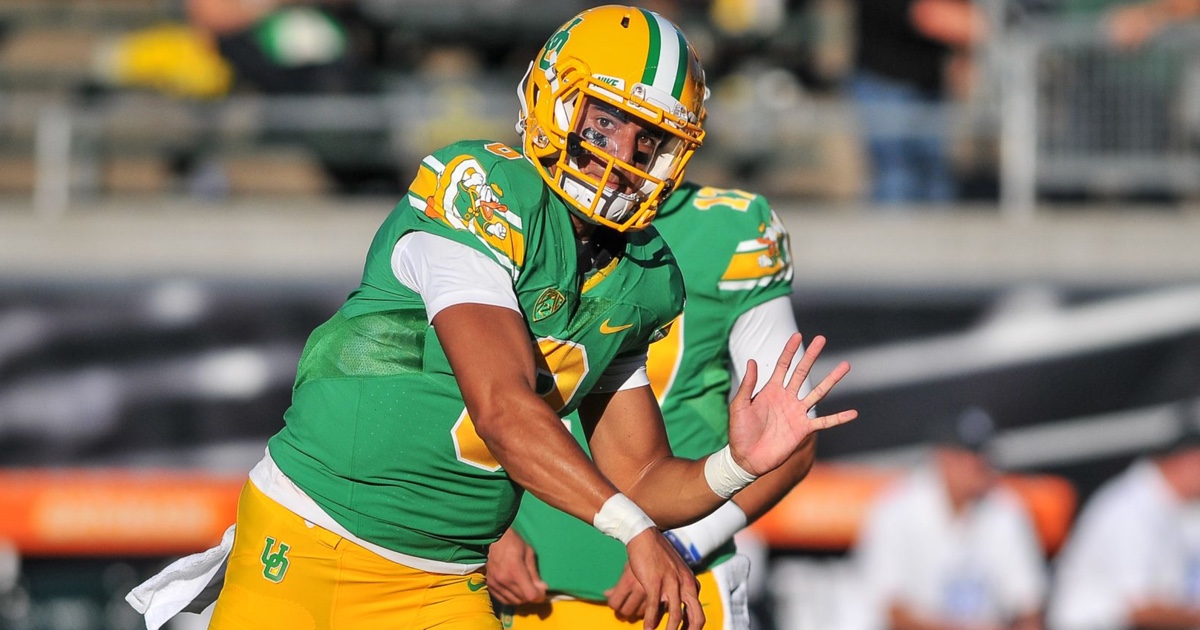 Marcus Mariota warming up before facing Washington in 2014 on the way to the national title game.

The Pac-12 championship is still within reach. If the Ducks win it, they will almost certainly have done so despite facing a tougher schedule than any top Duck team in Oregon history.

If they make the championship game, these Ducks likely will have faced six teams ranked in the top 25 at the time of their games. Fox Sports calculated last week that Oregon had the toughest remaining schedule among the top six teams in College Football Playoff rankings.

Looking back at other top Oregon teams (10 or more wins), only Joey Harrington’s 2000 season is in the discussion. Those Bellotti-coached Ducks faced five ranked teams in the regular season. That team lost two games against opponents ranked in the top 10 at the time. This year’s Ducks are 1-1 against Top 10 teams–with more games to go

For a refresher, Oregon’s two Natty seasons were easier than this year. The 2010 Ducks played just three ranked teams on the way to an undefeated regular season. Only one was in the top 10.

In the Marcus Mariota playoff season of 2014, Oregon played four ranked teams, although they did beat both that were ranked in the top 10 at the time of the game. Those Ducks were 12-1 heading to the playoffs, including the conference championship game.

Bo Nix Still in the Mix 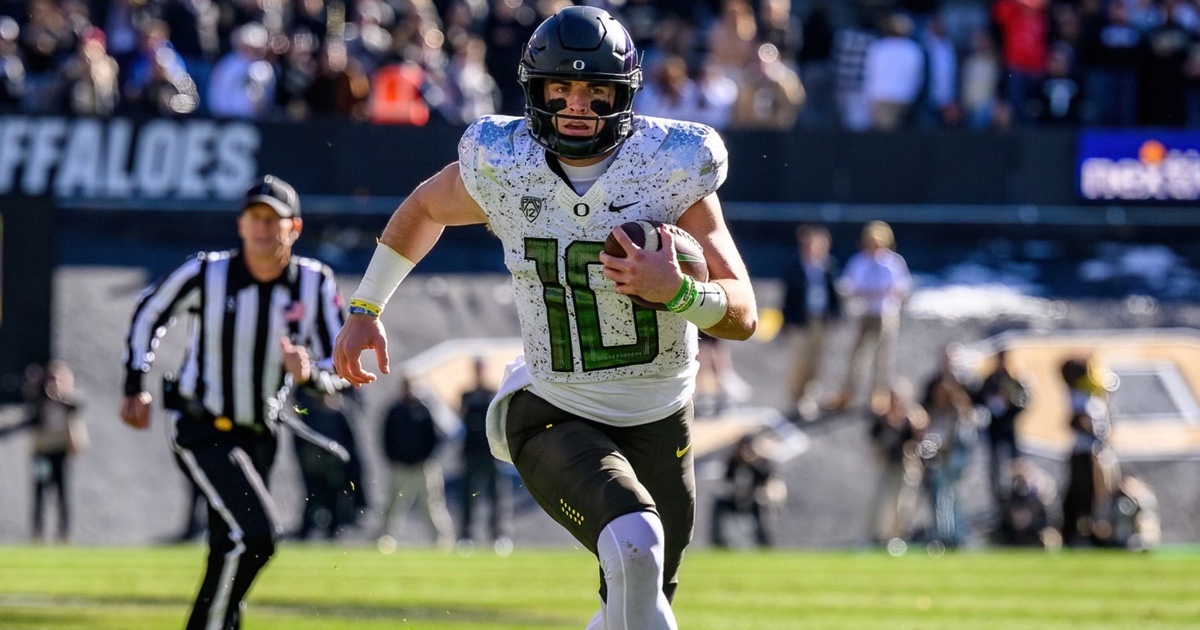 Shout out to Bo Nix, who deserves to remain a leading contender for college football’s top trophy. He continues to run up numbers that rival Mariota’s Heisman year and other top players of this season.

Among his competition for the Heisman, only Tennessee quarterback  Hendon Hooker has faced as tough a schedule, and Nix has accounted for 10 more pass or rush touchdowns than Hooker.

Nix up there with the best we have ever seen at Oregon. Remember: You can’t spell Heismanx without N I X.