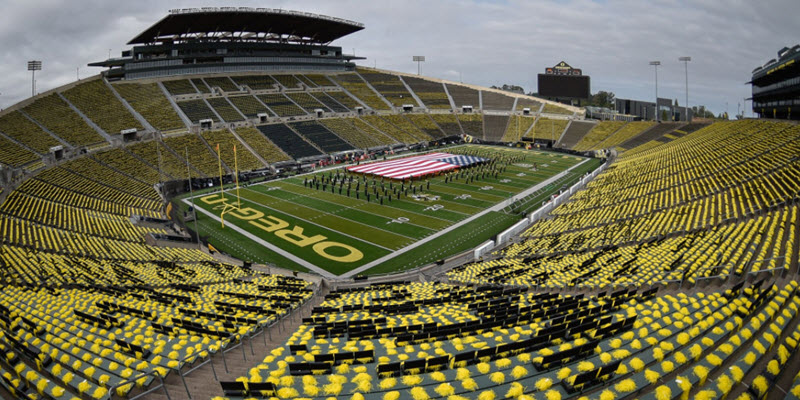 This is a tale about three head football coaches. They lived and were raised in a state they loved. Energetic, intelligent and highly motivated, these coaches have demonstrated an ability to turn football programs from losers to winners.

In a desire to return home and be head coaches in their favorite state, the roads they traveled to get there tells us a lot about them.

One took a classy way to return home with honor, integrity and style. His name is Scott Frost.  A former Ducks football coach, but Nebraska born and bred. He played QB and won the ring in Tom Osborne’s Cornhuskers program.

He was courted after turning Central Florida’s record from 0-12 to 6-7 then 12-0 this season. An achievement remarkable in breadth and scale. Frost was intensely sought after. Wooed, wined and dined, plus offered huge incentives to return home to Nebraska and become its head football coach.

Frost made his decision to take that offer, talking several times with the new athletic director (a former AD at Oregon), and at length with Coach Osborne about the job.

After consulting with a former Nebraska player and confidant, who he trusts, and helped — he was offered options by his agent. After all this, and careful discussion with his wife and family members, he pressed pause and said, “give me several days to mull all this over please. I am committed to my team and staff including the administration at CFU.”

Nebraska needed to know how and when his decision would affect CFU and its future as well. Frost accepted the new gig, after deliberation, but there were conditions that had to be met.

Frost wanted to coach the Knights in their bowl game as a tribute to all the hard work and effort everyone put into their outstanding season. He would be wearing two hats as he exited CFU for Nebraska during this long four-week time portal. A departure done the correct way, as both programs win. An “A” grade decision by Scott Frost. Class, oozing with character. Yes, some recruits might waver in the short term, but he is in it for the long haul.

Then there is the route our ex-football coach, Willie Taggart. His slogan, “Do Something,” crummy and classless. One could sense his almost desperate need to come home, but never mind whose toes got mangled and stepped on. Broken promises to players, coaches, administration, fans. He played Uncle Phil and Nike to the extreme, all like a rented goalie. What is a good word to describe this kind of behavior? Immature, selfish, a deal or contract breaker? Phil Knight and Rob Mullens in a better moment

” I will be your son’s mentor, father figure, teaching commitment and character. You can trust me with his welfare and development as a young man“… Unless the “Dream job here at Oregon,” is trumped by a better offer, in less than a year.

Then his word is dust in the wind.

Opacity and mendacity: Clouded vision and deception by our former head coach

Taggart left everyone in the lurch, skated on the good people of Oregon, while he leveraged a higher paying Ducks contract — left unsigned. So this former coach is abandoning players, recruits and fans for a “better dream job” in Florida. Forget the bowl game and preparations, and all the hard work just to get this team there. It feels like a destroyer firing torpedoes broadside, while deploying smokescreen, as it steams over the horizon. No integrity.

Taggart has been head coach at three teams in less than a year. Wow, Seminole nation, good luck with someone who does that. Charisma is not character, but in this instance, the past is certainly prologue. It is often quoted, “What goes around often comes back around.” The smiles and slick talk will have its time in the sun until another “dream job” comes along, right? FSU can get the guy they wanted, warts and all. Just they shouldn’t hold their breath. The damage has been done. Sadness, betrayal, hurt, confusion and despair. If Taggart had published a front page apology on the Register-Guard, or a TV network video, it would’ve shown some contrition and caring for those he had stiffed. Probably not in his M.O. Keep smiling and conning ’em in the Sunshine state. Many Ducks fans will put this behind them and throw the O, but right now it’s “Oh my!”

Finally, won’t it be interesting to see how new head coach, Mario Cristobal, works with players, coaches, fans, the athletic department and especially the recruits? He already has the players, with 70 currently expressing support for him. He wants to be here. Coach Cristobal will without a doubt assemble a great staff to take Oregon football back to the top of the Pac-12 North.

Are you thinking like me, that he will be in the mold of coaches you can respect? I am betting his vision will be transparency, openness, trust and integrity. Three coaches, and patterns of behavior each has taken to become the “head honcho.” How will it all turn out for each of them? Stay tuned Ducks fans, as “when the tide goes out, that is when you see who doesn’t have a swim suit on.”

It will be fascinating to see how this all plays, on and off the field. What a way to start a new era for Ducks football. Coach Cristobal is genuine, now let’s watch him make us a respected top-flight winner too.

This is a guy Ducks fans can get behind and cheer for, don’t you think?