It is rightly said that adversity brings opportunity. And when you are a cutting edge, forward thinking, innovation spewing machine like the University of Oregon, you don’t let adversity bring you down, you let it propel you to greater things.

Beloved Ducks, there shall be no further whining and crying about the decision of Willie Taggart to leave.  After all, it’s his loss, not ours. Taggart left the program in better condition than when he arrived. For that, Coach Taggart, we thank you. It is now upon us to continue to improve and ultimately conquer without him. 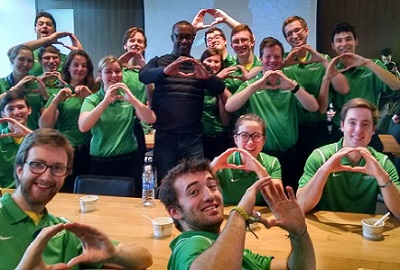 “O”: Oh how you pissed off so many people.

But, let’s first focus on what Taggart gave us. He gave us the assurance that big-time recruits will come to Eugene. That a program located in a state that produces, maybe, five power-five conference quality recruits a year can compete for the top spot in the national recruiting rankings. He replaced our defeatist “poor us” mentality and replaced it with full-blown recruiting fever. And now we’re all hooked.

(And let’s be real here, the reason FSU targeted Willie Taggart so hard was to exact revenge on the Ducks. No, not from the Rose Bowl beat-down of three years ago, but from the Ducks stealing away the Seminoles top-rated 2017 recruit, which I reported upon last May, click here.)

Taggart also proved what the winning formula for a coaching staff is at Oregon. Which is to have an offensive-minded head coach who can recruit, paired with a top-notch defensive coordinator. Throughout the years of coaching continuity that Oregon had held for so long, the Ducks were always a potent offensive team, and only struggled when the defense was weak. Mark Helfrich would still be coaching today if he had hired a Jim Leavitt in 2014, instead of promoting from within.

So, Taggart came in with a powerful offensive scheme, a top-notch DC, and then added to that combination an element of world-class recruiting that we never thought possible in Eugene. Now, coaches may come and go, but the formula must remain. Just look at what the mastermind Bill Belichick does in New England. Players come and go, but the winning formula holds true.

Who Best Fits the Formula? 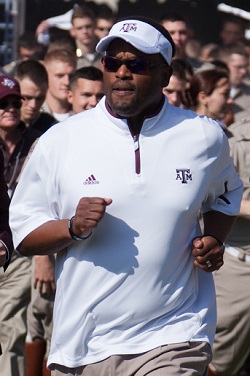 SUMLIN: Would fit the formula

The best coach available to keep the formula would be Kevin Sumlin. He’s an offensive minded coach who can recruit. Go out and get the best defensive coordinator available like the Ducks did last year and boom — it’s just a matter of plug ‘n’ play.

Mario Cristobal: He is the safe transition hire, but we got burned with that with Helfrich. Cristobal may turn out to be a great coach, but he has unproven potential at this level. And, though Willie called the plays, Cristobal was the OC. Did it really take Justin Herbert getting injured to realize running him up the gut, only to get destroyed by linebackers and safeties, was a bad idea? Alabama recruited well under Cristobal, but how much of that was him?

Jim McElwain: An offensive minded coach who struggled to put together a good offense at Florida and seems to be damaged goods after getting canned by the Gators. He wouldn’t fit the formula.

Justin Wilcox: A favorite Oregon son who would be at his destination job. But only one year as a head coach is of concern.

Mike Leach: I like Mike Leach as a head coach … of other schools. He’s quirky, entertaining and always delivering good quotes. But, I don’t see him being a real personality fit at Oregon.

Bryan Hasin: Unproven recruiting chops at the highest level and wouldn’t be a real splashy hire. Might just be a poor man’s Chris Pertersen.

Jeff Tedford: He’s just put together a terrific turnaround at Fresno State. But has had health issues and hard to see him really distinguishing himself above the likes of a Sumlin.