Eugene and Duck fans are wallowing in shock, anger and despair with the departure of head football coach Willie Taggart. Right now the future of Oregon football as a major player rests in the hands of the athletic director, who was taken to the shed by the one-and-done coach.

Rob Mullen’s announcement that co-offensive coordinator and offensive line coach Mario Cristobal was selected to replace Taggart resonated loudly with a majority of the Duck players on both sides of the ball and a majority of Oregon fans, who were in tumult for three days after Taggart stole away. 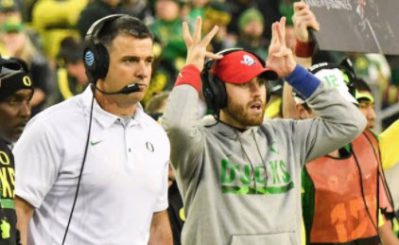 Cristobal has solid experience as a head coach in a “down and out” program and a national reputation as a recruiter, one of the most crucial skill sets a head football coach requires. Cristobal has two national championship rings: one as a player at Miami, the other from Alabama, last year as a coach. Such experience will be useful in his efforts to lead Oregon to the national pre-eminence that the Duck faithful ardently aspires.

Fans need to know Taggart was good for Oregon in three ways. He orchestrated a change in the team’s culture after observing previous game films that the players didn’t look like they cared for each other. The team’s culture and locker room were fractured when he arrived and after implementing creative team building exercises and practice routines, the team came together—“We have each others’ backs,” quarterback Justin Herbert said, as Taggart hustled back to Florida.

Taggart also instilled a work ethic that had eroded on the practice field and weight room—it was obvious the Ducks were not a strong, physical team when he arrived; they had been pushed around by a majority of Pac-12 opponents, and players admitted skipping or loafing through required strength and conditioning sessions. Taggart’s pre-season and fall practices revealed more hustle and focus by coaches and players. Despite injuries, the defense’s continual improvement was an example of coaching at its best.

A lot of the excitement around Duck football came from Taggart’s installation of a recruiting process that at one point this fall, was considered the number-one recruiting class in the country, a class that was energetic in their praise and desire to become a part of Oregon’s football trajectory. 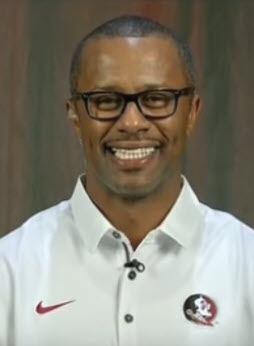 These are the crucial ingredients to make up the foundation of a competitive major college football program. Willie Taggart and his staff, along with the most important pieces of the puzzle, the players, get the credit for this. Now that these things are established, there is no further need for Taggart–unless everyone forgets what was accomplished this past year.

Fans worry about losing recruits. Even with Taggart, there were still chances of that happening, with the passing of time and other school’s coaches hammering away at the “commitment” the 16-18-year-old students made before the season. Now, it’s up to the Oregon athletic administration to act wisely and decisively so the momentum is not totally lost.

The most powerful persuaders for Duck football’s recruiting came from the Oregon players who showed the recruits around, and the fans that lustily backed their Ducks in Autzen when the recruits visited. Every coach sounds the same in the recruiting process, some have better personalities than others, but it is the players who personify the program; the Ducks believe they’re climbing back into competing for the Pac-12 title. The players and fans are still here; as long as they don’t forget lessons learned this fall, they don’t need Willie anymore, either.

Taggart had his shortcomings as a head coach; perhaps that’s why after three head coaching gigs, he still doesn’t have a winning record. (Without Justin Herbert, he wouldn’t be moving to Florida) As an offensive play caller, coach Taggart was mediocre, particularly in crucial down-and-distance situations. His failure to make observable halftime adjustments was annoyingly persistent the entire season while his flippant relationship with the press, although “fun” at the beginning, wore thin as the season progressed.

Coach Taggart made a serious mistake the first week on the job: he promised to meet with each Oregon assistant before he brought in his own staff, and he never fulfilled that promise, a serious breech in the protocol of coaches. He might have thanked them for their long service and the players they brought into the program, but he didn’t. At that time, I thought, “If that’s one promise he didn’t keep, what others might there be?” Taggart’s handling of his departure was inept and marred by falsehood; not the character of a head coach you could be proud of, and for that he will not be missed.

What is critical now is that all the good things Taggart left behind be sustained or the Ducks will take a huge step backward in the Pac-12. Oregon’s athletic administration bungled the contracts for the former head coach and Taggart—too much favoring the coach, too little to protect the interests of the university’s football program, especially the players.

The mantra then was that the Ducks were going “big-time,” to run with the elite Power-Five programs in the country and compete for a national championship, but as it went down, Oregon looked like a rube who got taken at the county fair.

It is critical that Cristobal and the Ducks traverse this next phase carefully, and although there may seem to be some risk (as with any new hire)–it seems that Coach Cristobal has the energy and leadership skills to lift Oregon back toward the nation’s elite.

My friends–I highly suggest Ken’s book as it makes a great Christmas gift for fans who want to learn and enjoy more of their Duck Football Experience.  Mr. FishDuck

Buy the book here to learn from Coach Woody, or give a gift of football.

Ken Woody is a former Fox Sports football commentator who played defensive back, receiver and kicker for Oregon from 1966 to 1970. He coached college football for 18 years, including stints as an assistant coach at Oregon, Washington, Washington State and Utah State, and was head coach at Whitman College and Washington University-St. Louis. He writes x’s and o’s, a weekly column in the Register-Guard, RG online coverage of Duck football and is the author of “After Further Review—an inside look at what’s really happening on the football field.”