This past Friday, 5-star prospect Jason Marshall (Miami) updated the college football world on the top five programs he’s considering joining for the 2021 season.As to be expected, Marshall topped his choices with the 2010 decade’s most dominant college football program, Alabama. The middling of the list was composed with two of Marshall’s favorite in-state colleges, Miami and Florida U, as well as reigning national champion LSU.

Now, to be fifth on any list may not seem too special, but in reality, this is further manifestation of what Ducks fans are becoming accustomed to with the program’s recent recruiting success. The blue chip prospects have finally begun to start coming Oregon’s way, and it’s proving that head coach Mario Cristobal’s vision is working.

What would adding Marshall mean for the Ducks’ recruiting?

Securing Marshall’s commitment would make him the second 5-star cornerback in Oregon recruiting history. The first? Dontae Manning, a 2020 incoming freshman out of Kansas City, MO. Manning will have opportunities early to prove his star-power in the Ducks’ elite secondary, and set the standard for Marshall if he does end up choosing to become a Duck.

Marshall would be in the top fourteen highest rated recruits in Ducks history, and of these fourteen, he would be the sixth 5-star to join the roster since 2019. If the Ducks are able to secure Marshall, then it would put the exclamation point on the recruiting staff’s ability while simultaneously giving Ducks fans the hope to be a legitimate championship contender year in and year out.

Superstar Kayvon Thibodeaux initially seemed like an outlier recruit for Ducks football, but with the likes of Justin Flowe and Troy Franklin joining the roster in the near future, that certainly no longer looks to be the case under Cristobal’s reign. Landing Marshall would speak volumes to the “questionable elite” status the Ducks are so often labeled as, and solidify a program that is surrounding itself with defensive superstars to complement a high scoring offense. What skill set would Marshall bring to the Ducks?

Marshall’s talents would solidify a position that has developed into a strength over the past two seasons, elevating from a formidable unit to a dominant one. His arrival would follow the departure of senior cornerback Thomas Graham and immediately leave a void for him to compete for on the roster.

A true lockdown defender on the outside would give solace to Duck fans with memories of some of the awful defensive years in the mid 2010s, lowlighting some of the Ducks’ most gut-wrenching losses. Similar to superstar junior safety Jevon Holland, Marshall has an uncanny ability to locate and take the football away.

In his junior season, Marshall broke up passes like a seasoned veteran, picking off errant throws often and rarely squandered opportunities to force turnovers. His eyes play well with his instincts, as he seems to have the field awareness already developing on when to break on passes and stick with receivers’ hips while locating the ball. With exceptional turnover production from the likes of Jevon Holland and Brady Breeze, the secondary with the addition of Marshall and Manning could be the Ducks’ most dominant position group in the near future. 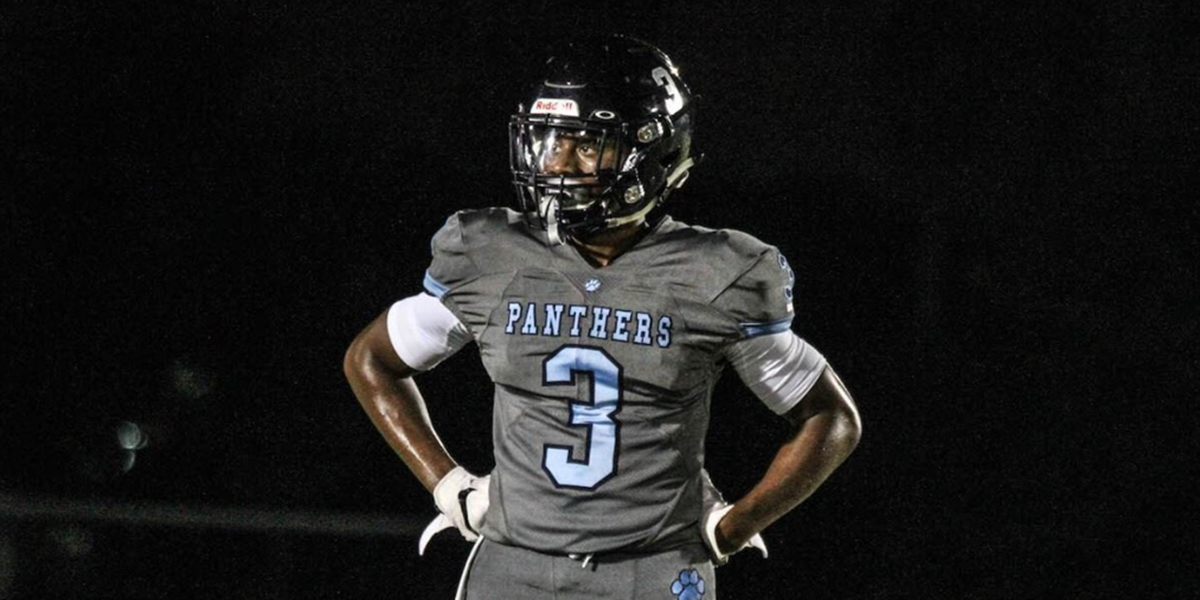 Jason Marshall lines up at cornerback in his junior season debut.

What is the likelihood of Marshall ending up a Duck?

All things considered, the Ducks have a fighting chance at landing Marshall. Depending on the lengths of COVID-19 safety precautions affecting the ability of players to have school visits, it’ll be a difficult task to get him in the building again for any program. But there is certainly hope.

With a thrilling Rose Bowl victory a year ago, the emergance of superstars all over the Ducks roster (particularly on the defensive side), and significantly more NFL draft attention, the Ducks’ energy and Cristobal’s vision may be just enough to push Marshall over the edge into our beloved green and yellow for the 2021 season. From being out of his top seven programs to leapfrogging into the top five, the Ducks’ second five star corner could be on the nearing horizon.