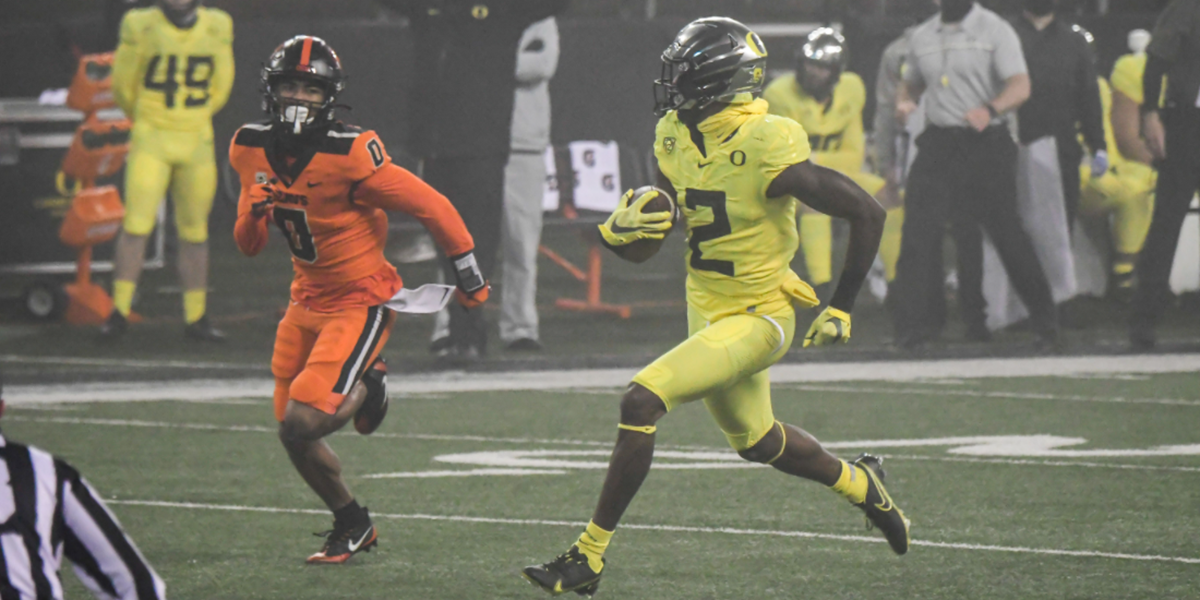 Here are the facts. Oregon’s defense has significant problems. Losing to Oregon State was both unacceptable and embarrassing. And the Ducks are underperforming considering the amount of talent they’ve acquired in recent years.

Here’s another fact. Oregon is just a few wins away from repeating as Pac-12 champions for the first time in nearly a decade.

Fans have every right to be disappointed with the Ducks’ performance for much of this shortened 2020 season. Despite all of the players who opted out, Oregon is still arguably the most talented team in the Pac-12 (along with USC). With an apparently easy schedule and the return of many of the best players in the conference, the Ducks were runaway favorites to win the North Division, and most expected them to win conference outright.

Four games into the season, Oregon’s defense is among the worst in the country, many of the Ducks’ supposed superstars have been invisible, and the team hardly resembles the one that earned a Rose Bowl victory just a year ago. Oregon’s defense has struggled mightily in 2020.

But as disappointing as Oregon has been, it’s important to put things into perspective. The Ducks have only lost one game, and they’re still well within reach of a Pac-12 title. Wins against Cal and Washington — not necessarily a given considering how the Ducks have looked recently, but also very possible — would give Oregon the division crown. And as shaky as the Ducks have looked, their likely Pac-12 Championship Game opponent — USC — has looked just as suspect, needing miracle finishes to win two of their three games so far.

Once the Pac-12 announced a six-game regular season schedule, a Playoff appearance was little more than a pipe dream for Oregon. While the Ducks’ loss to Oregon State confirms that they will be watching the CFP from the couch, it doesn’t put a damper on their conference title aspirations or New Year’s Six chances.

Things are not all peachy in Eugene, but they’re not all grey, either. The Ducks need to make serious improvements if they want to be a Playoff contender down the road. But as for this season, despite all of their flaws, they still have as good a shot as ever to repeat as Pac-12 Champions.