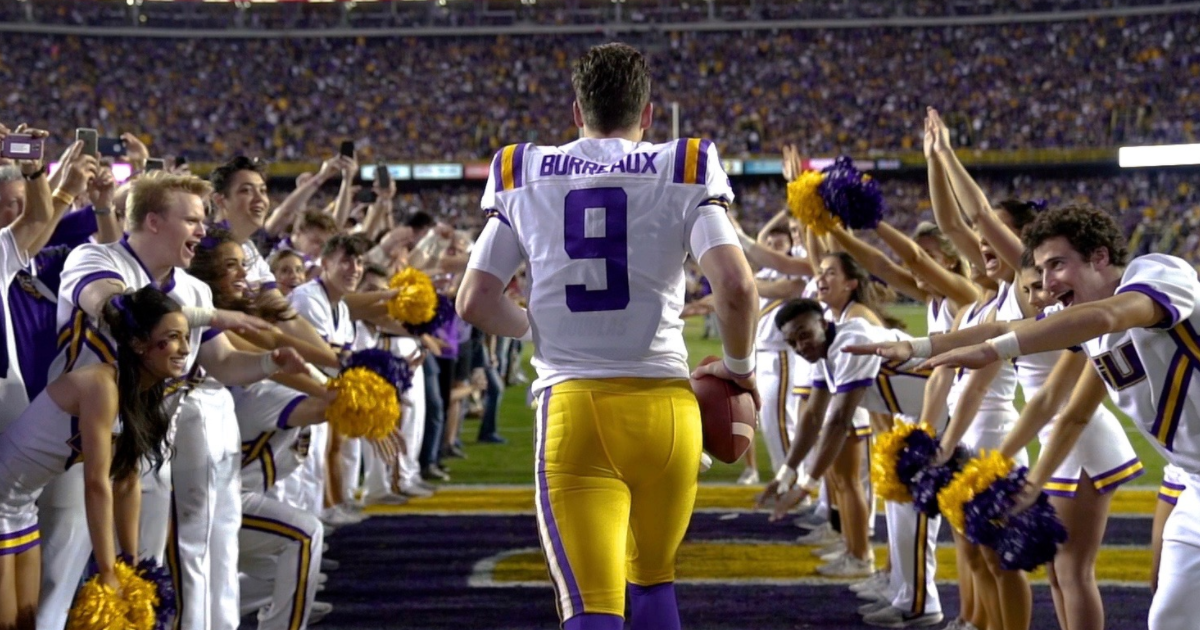 Darren Perkins, one of our own at FishDuck, wrote this past Friday about Herbert’s draft billing and its relationship to head coach Mario Cristobal’s coaching which got me thinking about the 2019 season again. Joe Burrow became the unanimous first choice of the NFL Draft this time a year ago, as Oregon star quarterback Justin Herbert followed closely behind at sixth overall to the Chargers. The Oregon native grew up in close proximity to Our Beloved Ducks, and it was no surprise he ended up at Autzen in 2016. But say LSU made their rounds out west and were able to scoop up Herbert. Where would he be now?

In a middling string of seasons for LSU, 2016 and 2017 could have been great proving ground for Herbert to become the starter after producing an average-to-subpar (for the SEC) couple of campaigns at 8-4 and 9-4. I have no doubts Purdue transfer Danny Etling wouldn’t be able to fend off Herbert for long and would lose the offensive reins to the Oregon native quickly.

Assuming Herbert retained the job moving forward, perhaps Joe Brady’s passing-coordinated magical 2019 season for LSU still would have happened with Herbert at the helm, and we’d be having a different discussion over the top quarterback picks in the 2020 NFL Draft. Herbert would benefit from a far more aggressive offensive attack and put up daunting passing numbers as well as higher rushing totals in an unstoppable offense.

As for Oregon, I feel they’d get the short end of the stick with Burrow. 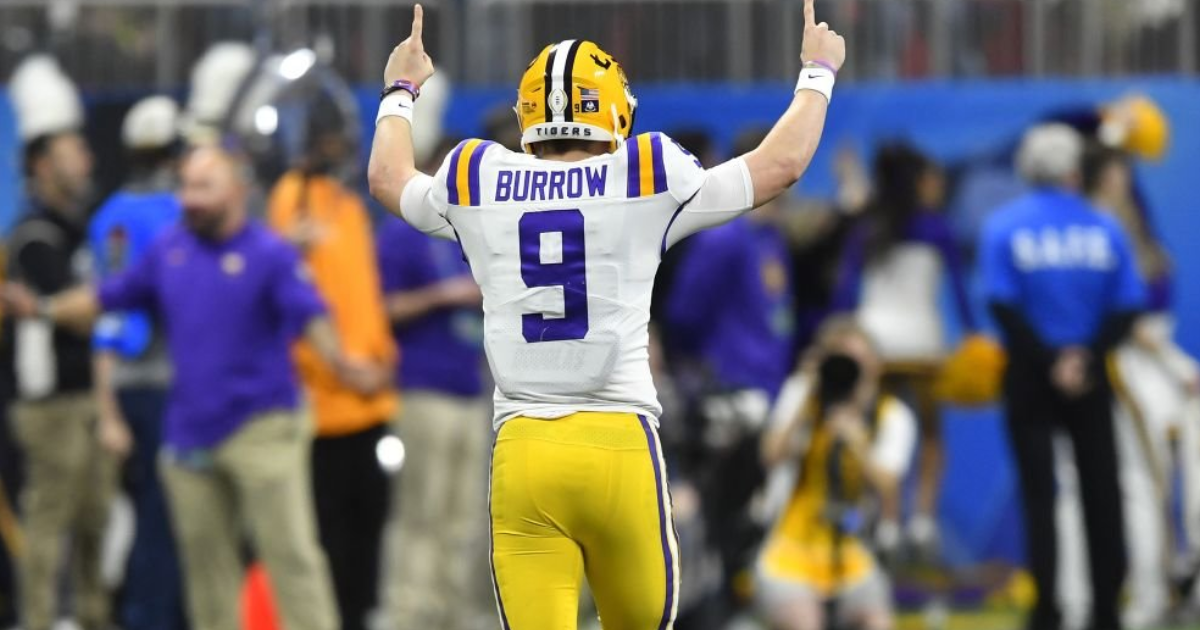 Burrow went to LSU by choice as a transfer, and it wasn’t out of the realm of possibility at the time that he could of transferred to Oregon. He had already graduated in three years at Ohio State, and with starter Dwayne Haskins not losing the job any time soon, Oregon could have been another option for the quarterback to flourish. But we hadn’t seen Burrow up to this point (prior to 65 total touchdowns in a season) play particularly well in other systems.

Burrow’s 60 passing touchdown season was so magnificent it’s been considered the greatest college football quarterback season of all time in many circles. Outside of that miracle season, he had no case to be anything more than a late round pick as a future NFL backup. Herbert didn’t have the best resume either in terms of stats, but his athletic abilities flashed enough for him to be considered a top pick (perhaps not the top pick, but certainly top five) even prior to 2019’s Rose Bowl season.

Granted, perhaps if transferring to Oregon allowed him a 2018 season to get integrated into the offense, I feel the friendliness of the Ducks’ offensive attack could have given him confidence to produce similar numbers to Herbert’s totals. But it’s no question he couldn’t have replicated a 60-6 touchdown to interception rate anywhere in the nation but LSU. He certainly could have played good football for the Ducks culminating in a Rose Bowl season or another big bowl game, but never sniffing the College Football Playoff under coach Cristobal. 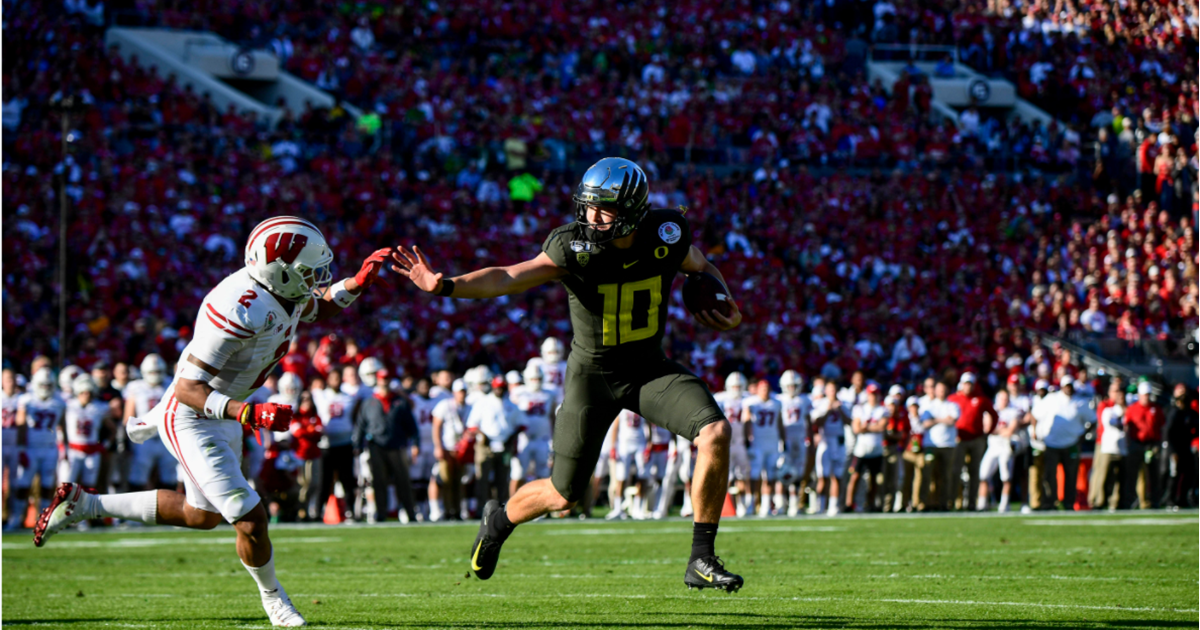 I feel this says a lot more about Oregon than it does LSU. If Herbert could likely have been a unanimous first overall pick at another program, there’s something wrong with the system we have in place for quarterbacks to produce in. Granted, the magic of LSU’s 2019 season will be difficult to reproduce in any given season moving forward, but it’s still worth considering for the sake of Herbert’s future in the NFL and future quarterbacks at the Ducks program under Cristobal.

At the end of the day, I think it’s best for both parties to have ended up where they did. The Chargers is a historically mediocre franchise in the last decade despite having an immensely talented roster (decimated by injury, to be fair), and Cincinnati’s talent is on the rise. With Burrow at the helm, I don’t think Oregon would have been nearly as effective on offense, as we saw how conservative they were with Herbert taking chances in his time here. Imagine a transfer grad trying to take the reins.

If it were up to you, would you give Herbert that magical season at LSU to almost guarantee him as the first overall pick? With Burrow at Oregon, how many games would the Ducks have won in 2019’s Rose Bowl season?