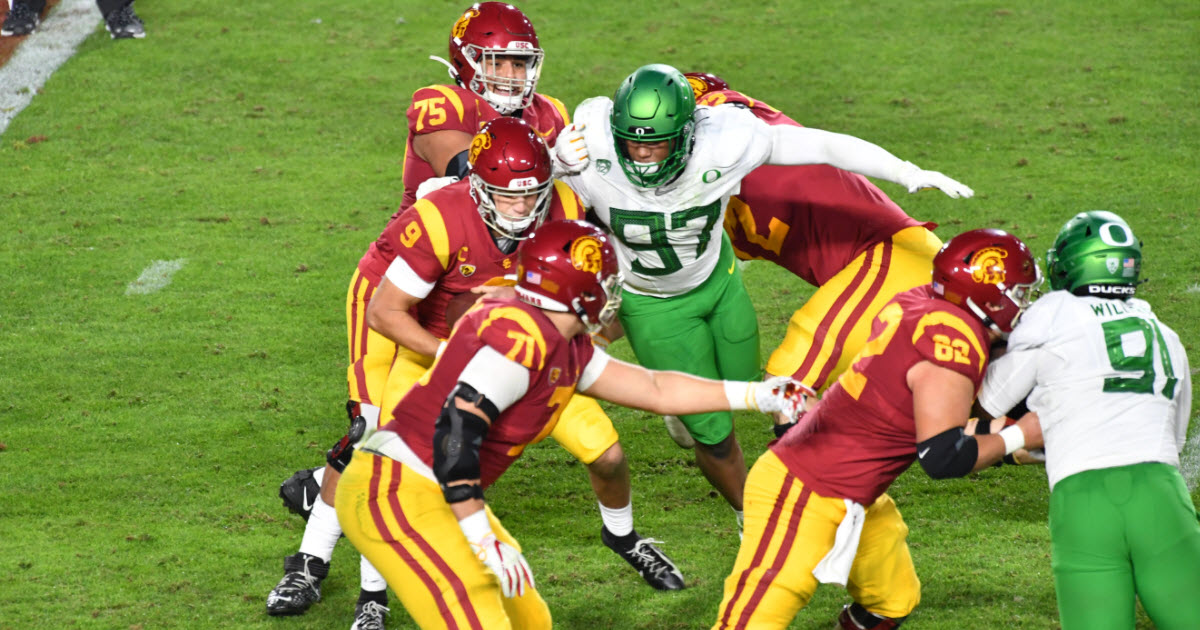 Our beloved rivalry game with the Beavers has not only been renamed, but also particularly uneventful in the last decade (for majority’s sake). Of the last 13 meetings, Oregon State has only managed two wins against our Ducks, however the most important of wins being in the Beavers favor: the LAST one. Our Ducks (particularly the defense) fell apart on national television in 2020 against an almost criminally less talented team on paper/virtue of recruiting, a fault that the Ducks have become prone to in recent seasons. This hopefully has ignited a newfound respect for the matchup that certainly had not been lost on the program’s staff, but perhaps the players given their dominance in the recent past.

Aside from our big in-state matchup however, the Ducks have had a few recent opponents in the PAC-12 become classic matchups as the surrounding talent has begun to elevate. The PAC-12 South’s Utah, Arizona State, and USC have all provided great matchups for the Ducks over the last few seasons, while the PAC-12 North’s Washington and Stanford have had their fair share of competitive outings with the Ducks since 2010 as well. Again, like OSU, Washington has only been able to win twice (albeit, absolutely debilitating back-to-back blowout victories) against the Ducks in the past ten years, while the rest of the matchups for the most part have been blowout victories in favor of Oregon. So if it’s just a matchup here and there that Oregon’s PAC-12 opposition is able to squeak out in the final minutes, leaving a bad taste in the collective mouth of Oregon fans, how can we really call that a true rivalry?

If that’s the case, then Oregon State hasn’t been a “true rival” in over a decade, Washington is an age-old classic game of course (but not a true rivalry at this point in time), and no other team in the PAC-12 has been as consistent a competitor as the Ducks have been under head coach Mario Cristobal’s reign. With that in mind, perhaps us Oregon fans have our own take on which team poses as the biggest threat to Oregon in the near future as a future rival.

My take is Trojan football. They haven’t been a particularly dominant program under Clay Helton, yet they simultaneously seem to be a few pieces away from being able to compete for the PAC-12 bid in top bowl games and beyond. If they’re able to “figure it out” in the next few seasons, work out the kinks and shape up their program, Our Beloved Ducks may be in for a reinvigorated matchup rivalry with the Trojans for seasons to come.

But that’s just me. Who do you think will be the true rival for the next decade of Duck football? Will Washington or Oregon State rise to their historical status of being the Ducks’ most bitter rivals, or will another program (briefly) take their place?