This 2021 Oregon football team is unique among all the Duck teams I’ve followed over the  years because of all the mistakes, the injuries and yet the incredible promise of extreme upside that awaits the fans. I have not witnessed such a talented team that has … so far to go in terms of its potential. Are the Ducks No. 3 or No. 4 now, or is this polling assuming the high upside that shouts to us from every game? It gets the fans howling in delight or roaring in rage…

Now that I’ve accepted that state of Our Beloved Ducks–I am content with where we are, and salivating as I ponder where this team could be at the end of the season. It is a young team that is sprinkled with veterans in key places to make it all work adequately for now, yet teasing or torturing us about what is to become.

The defense typifies this as Verone McKinley III is making big plays, yet how different will this defense be when Kayvon Thibodeaux returns? How would Oregon have done against Fresno State if Thibs had been out the entire game? (See UCLA) The play at Weakside Linebacker (I was watching for this game) was meh, yet Noah Sewell filled in the gap with his speed and leadership on the field.

Just as the defense gave up too many passing yards to Ohio State, it seemed that Stony Brook ran too easily on Oregon. Yet the box score shows that the Seawolves only had 140 yards of rushing! And while it feels like our defense is just too soft at this point–the facts show that they are only giving up 19.66  points per game. I will take that all season! My friends, this bend-but-don’t-break defense is working. 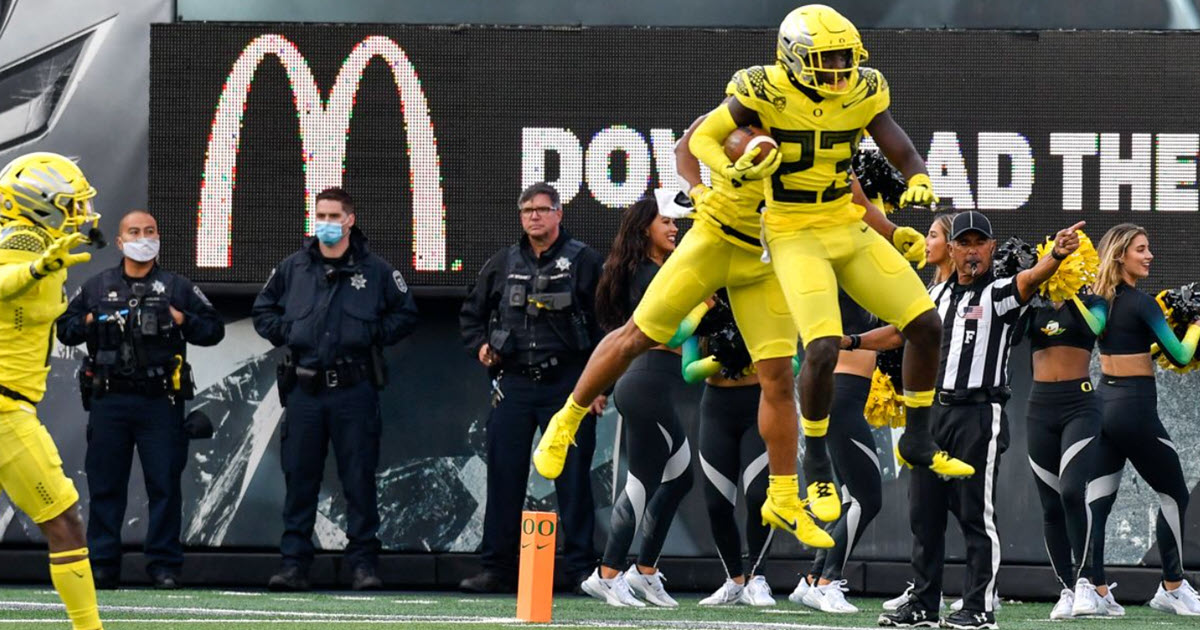 Verone McKinley III has been on fire this season!

Again, we are doing this with undersized defensive tackles and no Thibs, who will electrify this defense when he is healthy. How ’bout them turnovers? Where would this team be without them? Finally, we have only seen a fraction of what defensive coordinator Tim DeRuyter will unveil over the 2021 season. Truly, I am stunned at how well they have done considering the injuries and the massive inexperience. Whew!

The Steam is Building on Offense

Now, you know I want 45 points a game to compete with Alabama someday, but our 38 points per game is an improvement over the 33.84 points per game over the last three years. Scoring 31 points in the second half without Anthony Brown? Who saw that coming? It also shouts to huge upside in potential scoring as Joe Moorhead unleashes more of his playbook and tactics on the conference.

So many have the narrative wrong concerning the Ohio State win; they claim it is a validation of Cristobal’s physical style and emphasis. Baloney. Oregon did not win with Pistol Plunges in a phonebooth; they won the way I’ve been shouting for over the last three years–by being smarter. They ran east-west so well because it was game-planned and executed so well, and that credit falls to Coach Moorhead and Mario Cristobal. Why I have such optimism about the future, is because we have seen a glimpse of it. The days of high scoring are ahead of us, as the experienced and inexperienced players begin to coalesce in the Oregon offense.

In short? This team is still so raw…

Now the term raw refers to inexperience, but not necessarily referring to present results. We have young guns across the team that will play better with more reps, but they are playing miles ahead of what a usual newbie would be doing. The above video exemplifies how completely new freshmen are making big plays, and helping to free the veterans in CJ Verdell and Travis Dye for big gains.

They aren’t playing like freshmen, yet if they were–I shudder to think of where we would be on offense. It is damn good recruiting and coaching going on…

Considering the litany of critical articles I’ve written about the Cristobal offense, I can see why you would ask that. But they don’t mix well with my tasty Oregon Craft Beer IPAs, so no. The real answer is that I’m getting high on where we are now going. For three years, I saw no indication of that, and it continued into the first game. But the Moorhead plays from Penn State are showing up more often, and his intellect has the players excited. 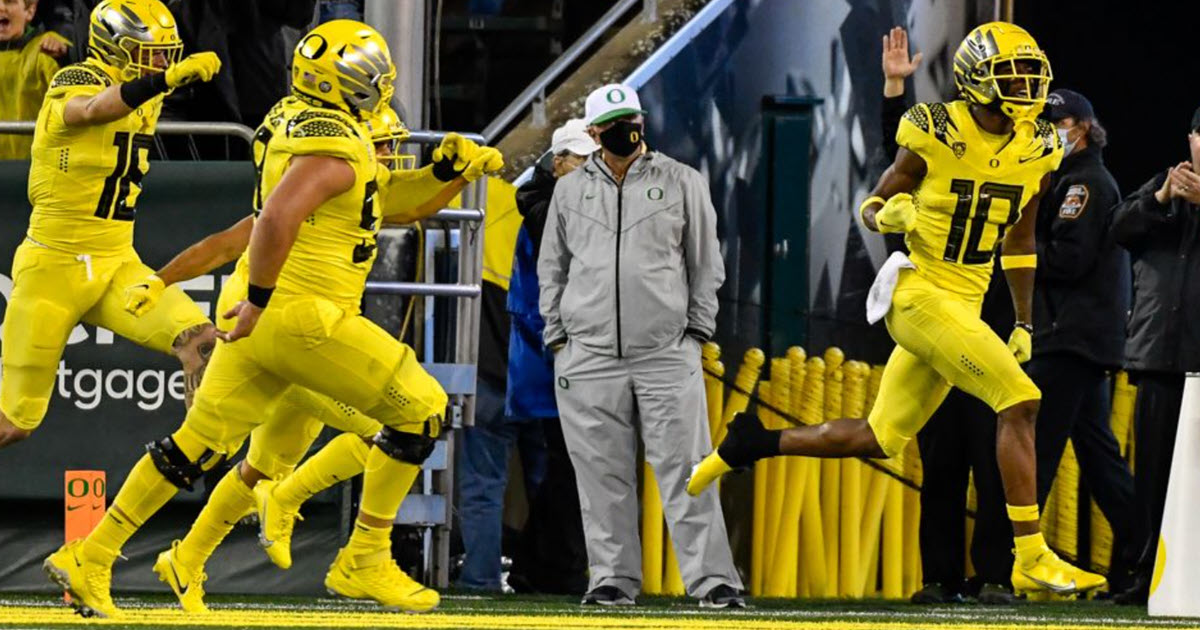 The young-guns like Dont’e Thornton (No. 10) believe it. Shouldn’t we?

When the players believe? Then I become a big believer in the unfolding Oregon offense, and big kudos go to Coach Cristobal for recruiting one of the best OCs in the nation to Eugene. Ponder this, Duck fans: what percentage of fruition is the team now compared to what it will become? (70% with 30% to go? 60%? 50/50?)

That is a sweet one to contemplate my friends as….