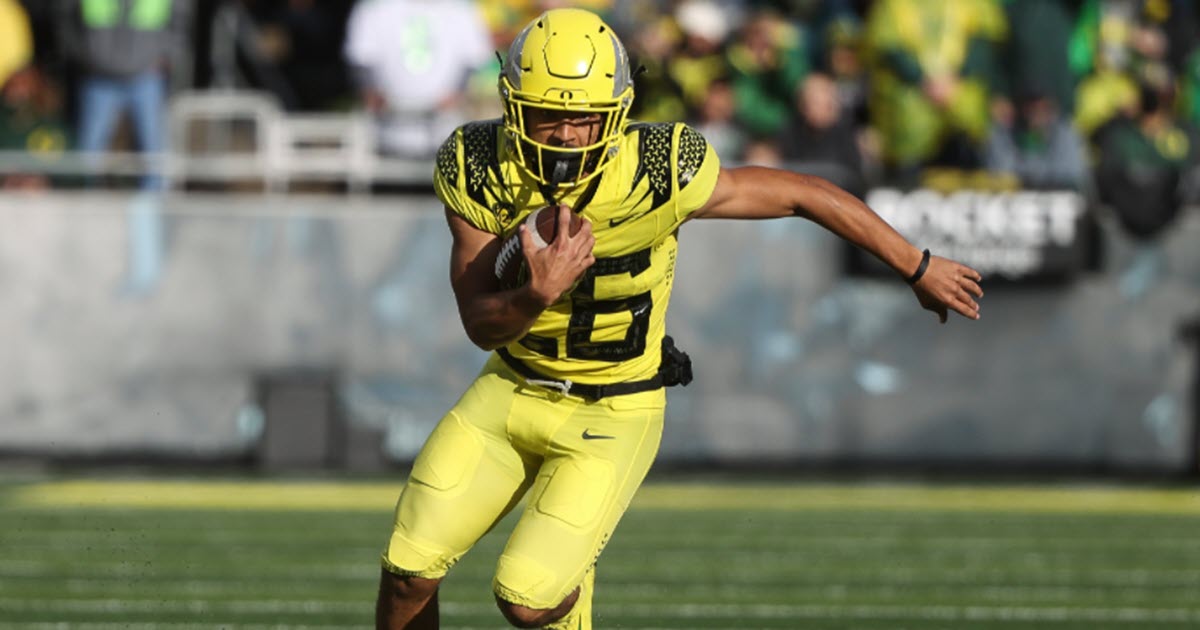 The Oregon Ducks have introduced quite a few new plays to their offense in the first quarter of the 2021 season. One of those plays has been used to great affect including two touchdowns against the Ohio State Buckeyes, is what I’m calling the Wide Power Read; a twist on the classic Power Read. 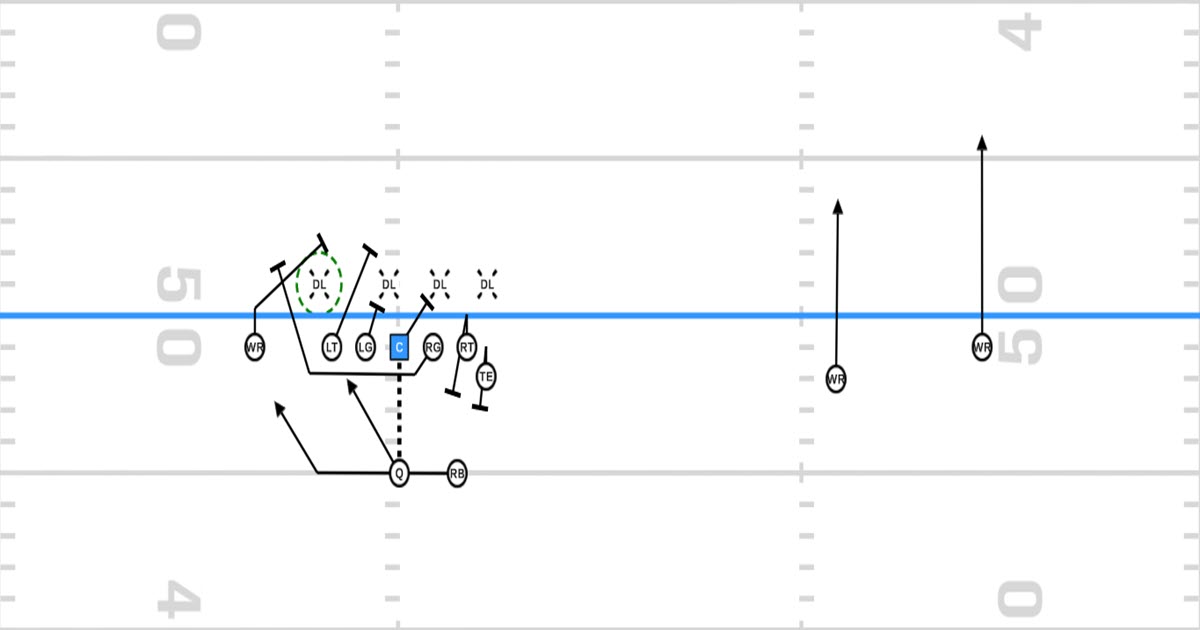 The Power Read, or Inverted Veer, traditionally has the playside defensive end being read by the quarterback. Coach Joe Moorhead has used a version where a playside linebacker is read, clearing out the box, and now he has introduced the wide version of this attack.

The offensive line essentially runs the classic Power Read blocking scheme. The tight end and backside tackle pass set to cut off any pressure from the rear. The entire playside of the line blocks down, with the playside tackle climbing up to the linebackers. The key difference in the blocking scheme of the Wide Power Read is the path of the backside guard. In the classic version of this play, the guard pulls tight inside the B-gap, but here he is pulling wide and outside to lead for the running back.

The playside wide receiver plays a crucial role in this play. He is running a crack-back block against the linebacker, cutting him off from getting to the outside. On top of that, the path that the receiver takes to block the LB fools the corner just enough to put him at a disadvantage. The route looks a lot like a slant, which Oregon uses a ton of in their RPOs. By the time the corner realizes that the WR is not on a slant, he has pretty much eliminated himself from the play and left the edge wide open.

In the Wide Power Read, just as he does in the traditional version, the quarterback is reading the playside defensive end (Green Circle above). If the DE crashes down, the QB will give the ball to the RB out on the edge. If the end gets wide to take away the back, the QB will keep the ball up the vacated gap in the middle.

In the video above, you can see that the defensive end bites down inside hard, prompting Anthony Brown to give the ball to Travis Dye. Notice how the playside corner plays the WR as if he’s running the slant. This completely takes the corner out of the play, and he is unable to recover in time to the perimeter. The pulling guard (Ryan Walk) actually ends up blocking no one as the play goes for six points.

The Wide Power Read is a fantastic version of the original scheme that combines just enough misdirection with the power of the Ducks’ offensive line to create a play that is just plain hard to stop. This play is just one example of how devastating the new Oregon Moorhead Offense will be for opposing defenses!