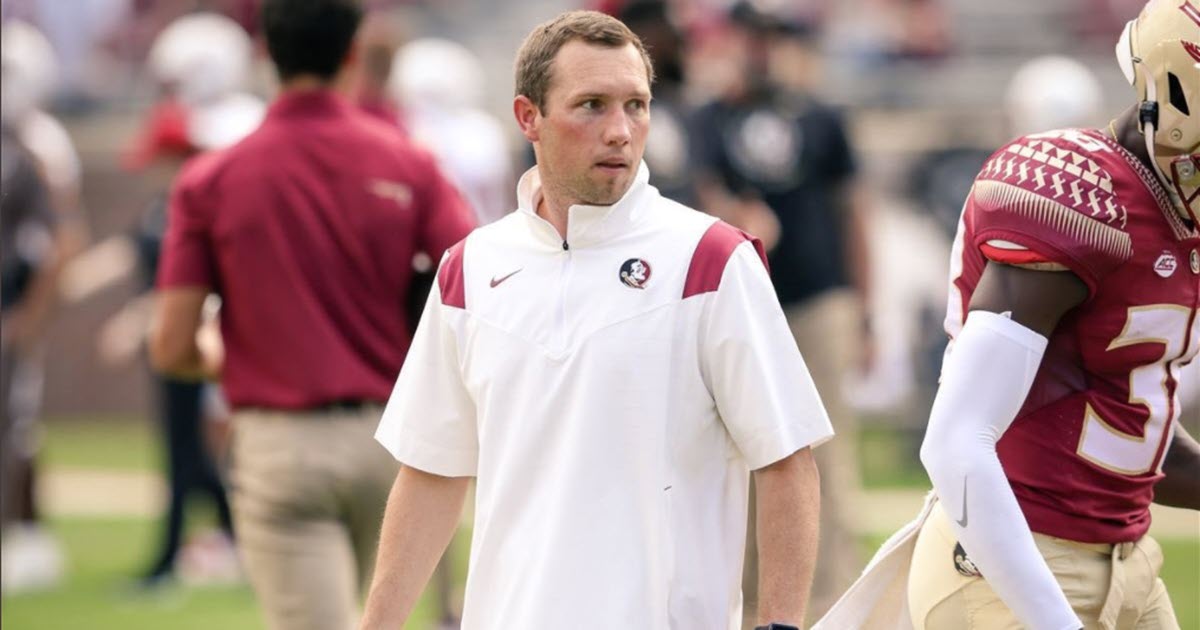 With a new era of Oregon Ducks football underway, Coach Dan Lanning is beginning to compile his staff. One of the biggest hires he’ll make this off-season is his offensive coordinator who has been announced as Coach Kenny Dillingham, who currently holds the same position with the Florida State Seminoles. What does a Coach Dillingham offense look like? Let’s take a look

He has studied under the hand of Coach Mike Norvell since his days as an offensive analyst with the Arizona State Sun Devils. He has since served as Coach Norvell’s Offensive Coordinator at two different programs, first with the Memphis Tigers and now with FSU. Because he has spent the entirety of his collegiate career under the guidance of Coach Norvell, it is fair to say that the offense he brings to Oregon would be the same currently deployed at FSU.

Coach Norvell’s, and in turn Coach Dillingham’s, offense is a variation of Coach Gus Malzahn’s. During his time with the Tulsa Golden Hurricane, Coach Norvell served as WR coach under then OC Coach Malzahn. That is where his version of the offense began.

Anybody who has seen the offense in action knows that there is a heavy dose of the Power-Run game. Though Coach Dillingham’s calls a great variety of run plays, the staple of this offense is the Counter. The Counter is a gap run scheme that gets pulling linemen up to the second level of the defense to pave the way for the running back.

The FSU offense has used this particular run incredibly effectively, in spite of reported deficiencies in their offensive line. Instead of “rooting-out” defenders, Dillingham will out-number, out-flank and then obliterate opposing defenses.

Sticking with the theme of the running game, another tool that Coach Dillingham utilizes is the Wildcat formation. I actually can’t remember the last time that an Oregon offense ran the Wildcat! This could be something altogether new for the Ducks. The Wildcat is usually used to run the ball, and it uses a direct snap to the running back to add an extra blocker. The addition of eye-candy movements, and an extra blocker forces defenses to be really sound in their assignments. One wrong decision could have devastating consequences for the opposing defense.

Though this is not something that the offense does often, some Oregon fans will love the fact that they are not opposed to going under center for tough first down and goal line yardage. They don’t always go under center in this situation, but it is an option in the playbook that has not been witnessed at Oregon…for years.
——————————————————————————————–
The Our Beloved Ducks Forum is the most extraordinary Oregon message board, a GREEN REFUGE! Come get the links to Oregon Sports articles, the press releases from the Oregon Athletic Department and the news from your fellow Duck fans. It is the only safe place on the web for Duck Discussion, such as today’s article, so join us over there!
——————————————————————————————–

Coach Dillingham and Coach Norvell love two-back sets. This would be a good tactic at Oregon, given the deep stable of backs that the Ducks possess. The running back is an important position in this offense because they also play a major role in the passing game.

Depending on how much of the current staff is retained, it would be cool if Coach Lanning could hire Coach Brennan Marion away from the Pittsburgh Panthers. Coach Marion actually served on the same ASU staff as Coach Dillingham, where he was an offensive quality control assistant. His Go-Go offense is very similar to Coach Dillingham’s, and the concepts would mesh really well. Though just speculation, I think that the two could collaborate on something special.

With as much time as given to the run game here, it’s only fair that we touch on the passing attack. It is an aggressive scheme, that is present in how they like to attack man coverage. On top of the common mesh routes to defeat man-to-man coverage, the Coach Dillingham led offense loves to use Shot Plays. These Shot plays are where the primary receiver is stretching the field deep. The Slot Fade in the clip above is just one example of these Shot Plays.

This was a quick run through four new elements that Oregon fans will love about the Coach Kenny Dillingham Offense. This will be an epic off-season as we dive into how the Ducks will create explosion plays in 2022. Keep checking here to learn more Oregon football!