Congratulate Mario Cristobal on his way out the door. He’s getting a shot at his dream job, to coach where he used to play. Miami is home and we get it.

Thank you for Mario for spurning LSU and others when they came calling. This is your perfect fit. You’re going to have The Rock come in to fire up players and talk work ethic. You’re going to enjoy some of the best Cuban sandwiches and Cuban coffee on earth. You deserve this. You earned it.

Oregon could be better off in 2-4 years than they are now. There are candidates out there who can recruit close Cristobal’s level, but are more battle tested and savvy game manager. Cristobal is a leader extraordinaire, but game management has always been a struggle. From the Ducks first play under his leadership against Boise State in the 2017 Las Vegas Bowl, to not understanding rules and calling back to back timeouts against Auburn, Oregon has always had better game managers and can find one in this search. They might not find a better recruiter, but they can find a money ball coach.

Here are Five Names Oregon should be considering and can take them from a Pac-12 Championship to a National Championship.

Chris Peterson – Yeah, I know he was burnt out at Washington, but he’s only 57 and is a stone cold winner. You probably know that the Huskies only two victories over the Ducks since the Bush administration were under Peterson’s leadership. Hey if Herm Edwards can leave coaching and come back to achieve reasonable success imagine the upside for Peterson? I know Peterson is probably liking the Fox TV gig, but if at his core, AT HIS CORE if Chris Peterson is a coach and believes that under the right circumstance he can win a national championship, then Oregon has a plethora of young talent looking for a leader. 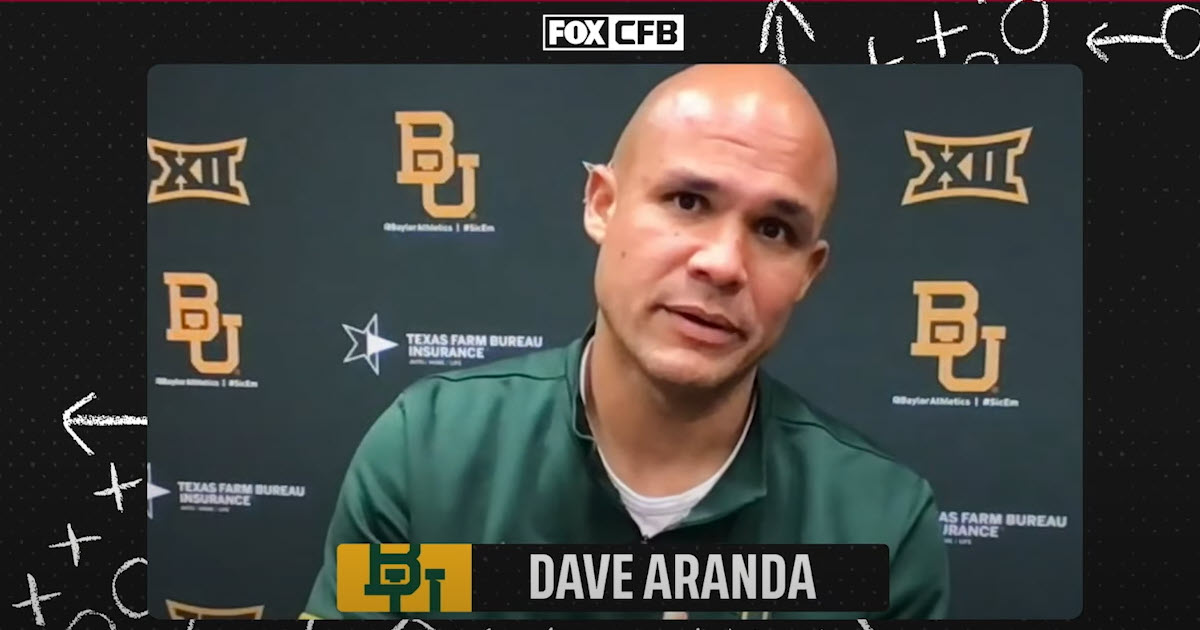 Dave Aranda will be hard to pull from Baylor…

Baylor’s Dave Aranda has the best haircut in college football.

He’s a defensive guy and was a part of LSU’s amazing success during their national championship run. What’s more impressive is how he found a way to turn mediocre recruits at Baylor into Big 12 Champs. He’s a man of substance and has the guts to go for it on 4th and short. Aranda would find that Oregon is easier to recruit to than Baylor, but expectations at Oregon are higher than Baylor. Baylor’s culture seems to be a good fit for the Aranda. Baylor may be home for a long time for Aranda.
——————————————————————————————–
The Our Beloved Ducks Forum is the most extraordinary Oregon message board, a GREEN REFUGE! Come get the links to Oregon Sports articles, the press releases from the Oregon Athletic Department and the news from your fellow Duck fans. It is the only safe place on the web for Duck Discussion, such as today’s article, so join us over there!
——————————————————————————————–
We like Iowa State’s Matt Campbell for the same reasons we like Baylor’s Dave Aranda, and get ready for this next sentence. Matt Campbell has had six successful seasons at Iowa State. Question for the reader. Do you even know where Iowa State is? Answer Ames.

What’s Iowa State’s Mascot? Answer: the Cyclones. Campbell is the reason why we know these things, and that 34-17 whoopin’ his boys lashed out to Oregon in last year’s Fiesta Bowl was significant. That was a beating.
Not only does Iowa State overachieve, but Campbell is a different kind of dude. He doesn’t have an agent. When teams express an interest in him, he doesn’t push the envelope. Washington and USC both liked Campbell but he didn’t like them back. 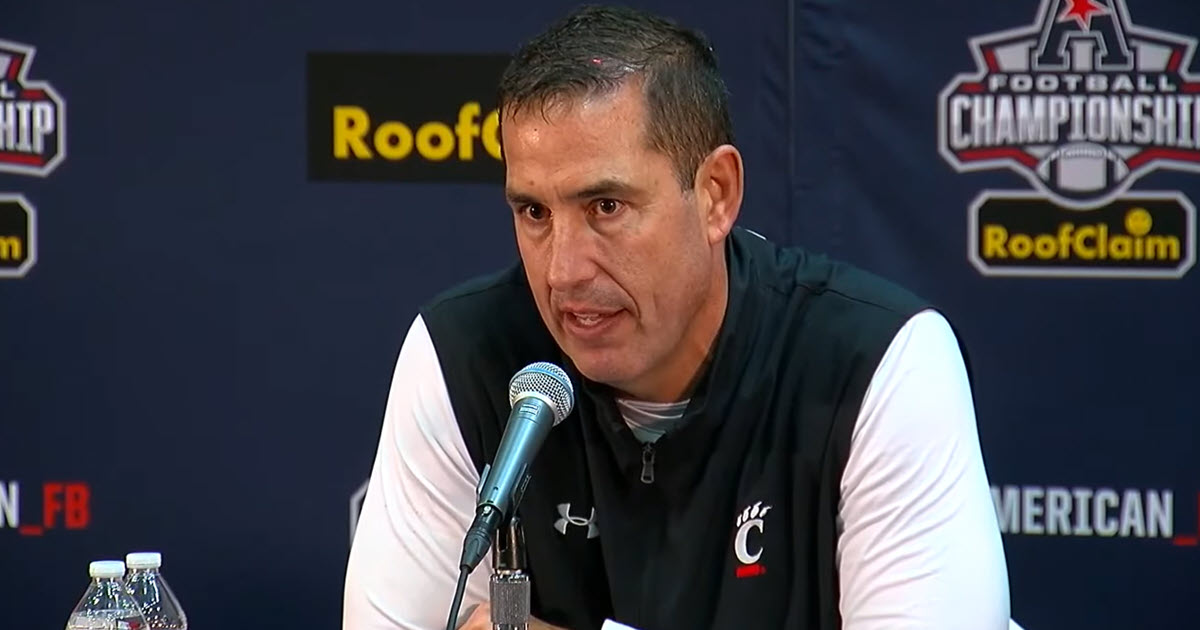 Luke Fickell of the Bearcats knows how to build a program.

Cincinnati’s Luke Fickell – Programs like Cincinnati shine for a few years and then move back into mediocrity or worse. Similar to Louisville during the Lamar Jackson era Fickell knows his chance of building a long term winner is better at Oregon than almost any school in the country. Fickell took a non-power 5 team to the college football playoff. ’nuff said.

UCLA’s Chip Kelly – The cupboard is bare in Westwood. A senior heavy team is graduating. The last few years’ of recruiting classes were not good. Mr. Win the Day is also in the last year of his contract. Oregon is one of the youngest teams in the nation if Kelly could help Oregon make it through the transfer portal Hades that’s on the horizon, he could be the offensive mind to take them to the next level. He’s done it before. If Kelly wants to bring his friend and defensive coordinator Jerry Azzinaro with him to Oregon, that’s a deal killer.

We also considered Mississippi’s Lane Kiffin but his relationships are too hot and then ice cold. Everybody loved Kiffin with the Raiders, and then they break up. Then Kiffin and the University of Tennessee fall in love and he leaves them. Next up it’s USC, then Alabama, Florida Atlantic and now Ole Miss. This guy has more breakups than Bo and Hope from Days of Our Lives.

Key consultant Mike Bellotti – I’m not saying hire Bellotti to be head coach, but invite him to be a part of the Search committee process. Why? Because this is the guy who helped Oregon to the highest ranking in school history, No. 2 after winning the 2002 Fiesta Bowl. Had Nebraska beat Miami in the Sugar Bowl that year–Oregon would have been a split national champion but I digress. Bellotti found and hired Chip Kelly. Is it worth it to call Bellotti and bring him in as a consultant? Nobody can do a fake smile as well as Willie Taggart.

Should Oregon consider Willie Taggart again? Have you ever been a part of a brainstorming session when the leader of the group says, “Now we’re going to throw out a bunch of ideas here and there are NO bad ideas. I want to hear everything that comes into your mind.”

Willie Taggart is a bad idea. Do not speak the name that shall not be spoken. Slick Willie is a great player and coach recruiter, but a dreadful game coach. He doesn’t even have a winning record. He currently coaches at Florida Atlantic and has a losing record there. Do you even know what Florida Atlantic’s mascot is? That’s a sign that it’s not a good program. PS: It’s the Owls, as in Woodsy. Taggart is all sizzle and no steak, and who can forget the hidden word in his name. This never gets old…

And I will wind this article down with a blast from the past, and this comes from a friend of mine who I will refer to as Louis in this article. Louis has some anger and forgiveness issues. Louis would like to see Oregon offer the head football coaching job to former UCLA, Washington and Colorado coach Rick Neuheisel. My response: What? No. NO! NOOOOO! Why Neuheisel? This makes no sense? Answer from Louis:

“Remember that fake punt Colorado ran against Oregon when Colorado was way ahead in the 1996 Colton Bowl? That was no class and this is our revenge. We hire Neuheisel for a day, and then fire him the next day and hire someone else.”

Oh my. I have no response to that. I’ll work on getting Louis some more counseling and Oregon’s search committee can dig into Aranda, Campbell, Fickell, Kelly and Peterson. Each of these five can build Oregon into a National contender, wouldn’t you agree?