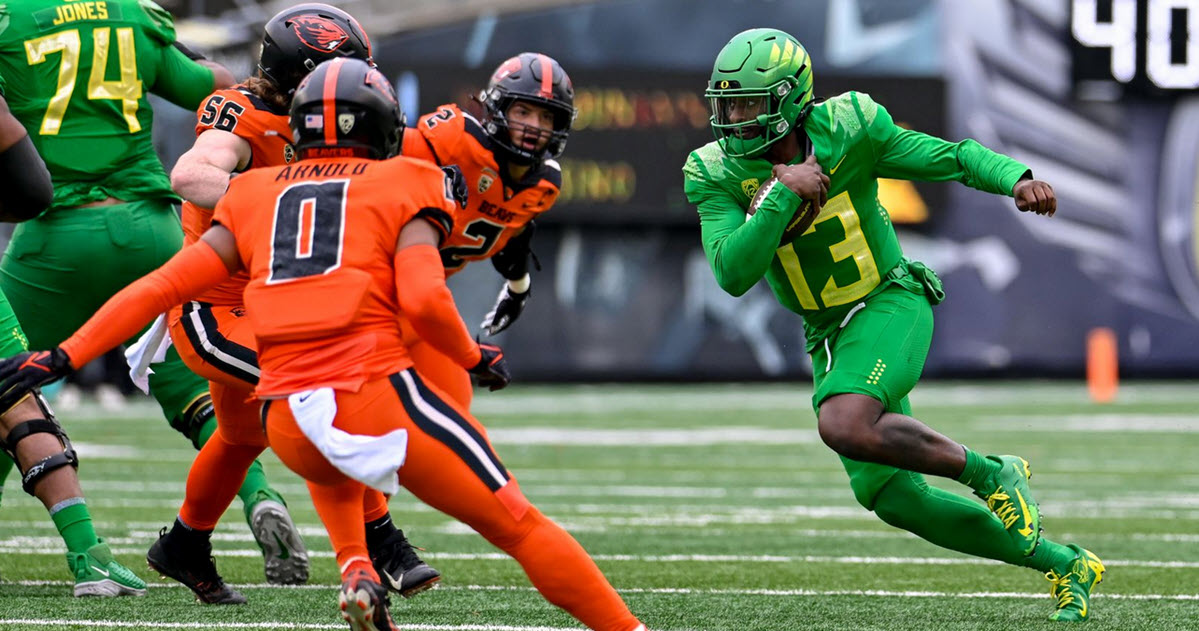 The great college football schism is coming, and it will fracture college football in a way that will shake the very sport and institution of college athletics to its foundation. This is something that isn’t going to happen overnight and it will take years to develop — probably anywhere between five to 15 years. It will leave the sport divided into two distinct groups, the Semi-Professionals and the Traditionalists.

The Semi-Professionals will be the schools who have the most backing from large alumni bases and are the biggest names in college football. Those would be the traditional blue bloods, for the most part. These are the schools we all associate right now with a large financial backing and who are already major players in NIL.

The traditionalists are the less fortunate schools who cannot compete on the same level due to finances. These would be schools such as Oregon State, Washington State, Cal and basically every other lower tier Power Five school and every Group of Five school. Every conference has these schools and they are typically the teams that think a good year is making a bowl game and a great year is playing for a conference championship and making a New Year’s Six Bowl Game. These schools will work more off the traditional model of college sports, where they will get athletes who want to go to college and earn a degree while playing their sport. Basically the model of college sports we have always had with perhaps a few modern tweaks. 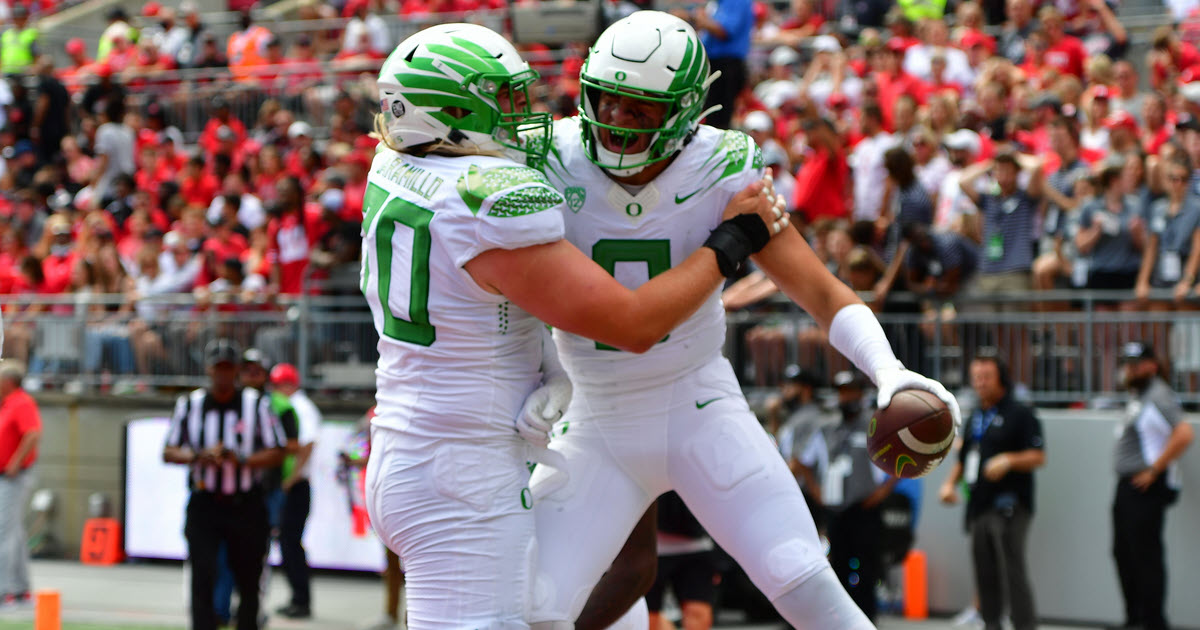 Oregon went into “The Shoe” last year and beat Ohio State, proving they have the talent to play against the best.

These schools will be stuck in this more traditional model not because they want to, but because they cannot compete with those who have adopted the Semi-Professional model that will include lots of pay for play out of recruits.

Where would Oregon fit in all of this? That is difficult to say, as Oregon could reasonably be in either camp, and it all comes down to how much money is pumped into the program in the next couple of years.

The great college football split will take time to develop but it will all come about when the two super conferences have had their fill of the best teams. The B1G and the SEC have a firm grasp over the sport and have all but monopolized the playoff or for a better term the invitational tournament.

Furthermore, with talk within the B1G about directly paying players, most likely using revenue generated from their large media rights deal, it will create a further split as there is no way the Pac-10, Big-12, or ACC could even remotely compete with the salaries being offered by the B1G and the SEC. Recruiting would become incredibly one-sided in that the B1G and the SEC will get all the top talent without question. We have already seen the influence money has had on recruiting with NIL, and that is without schools being able to directly pay players. NIL payments come from boosters outside of the universities.

It is at this point for all intents and purposes that the B1G and the SEC create a Semi-Professional league that is a feeder league for the NFL. 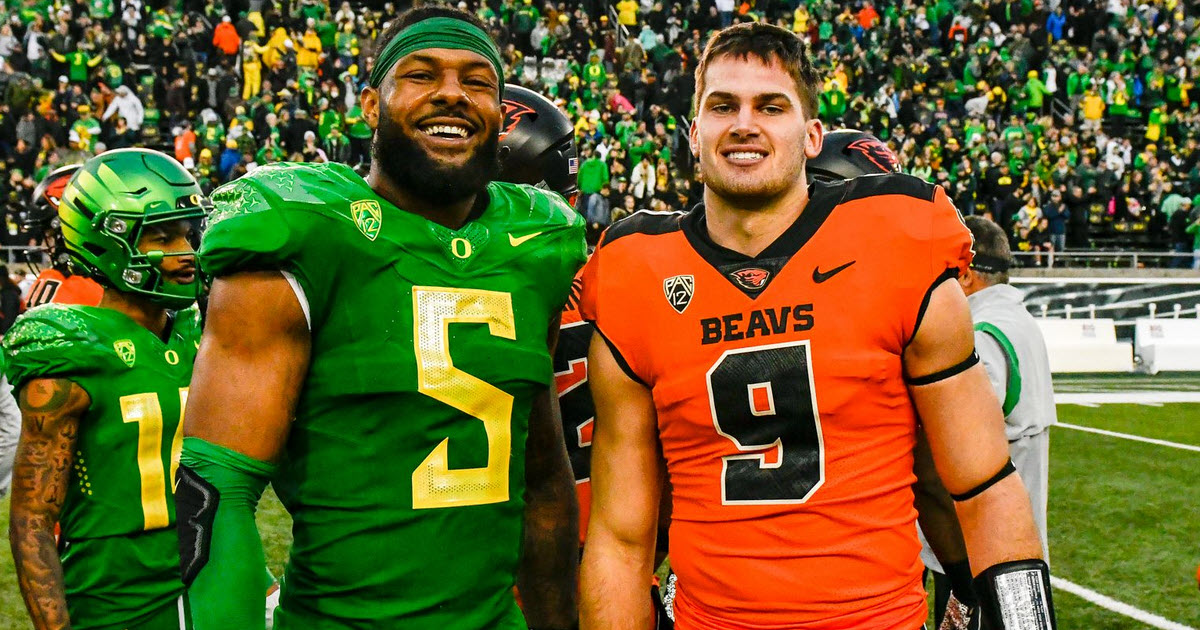 Would the College Football Schism bring an end to the Oregon – Oregon State Rivalry?

What Happens to the Traditionalists?

The Traditionalists will see no access to the College Football Playoff. Even with automatic bids for Conference Champions, these schools will not stand a chance against the Semi-Professionals, as they will be nothing more than token invites for extra games to help feed their own coffers. It is not outside the realm of possibility that these smaller schools and conferences decide to adopt a more traditional model of college football among themselves.

With the growth of the playoff, the value of bowl games will decrease. They are already treated like bonus exhibition games where star players opt out of playing if it isn’t the playoff, so for the Semi-Professional teams it will be playoff or bust for their post-season ambitions. However, for the Traditionalists the post season bowl games will begin to take on the status they used to have as a reward for a successful season.

Just think, the Rose Bowl may regain some of its status — not all of it, as the B1G will most likely not be involved in this scenario, but the Rose Bowl becomes the destination for a successful season rather than a stepping stone to the National Championship Game or as a cancellation prize for not making the playoff. 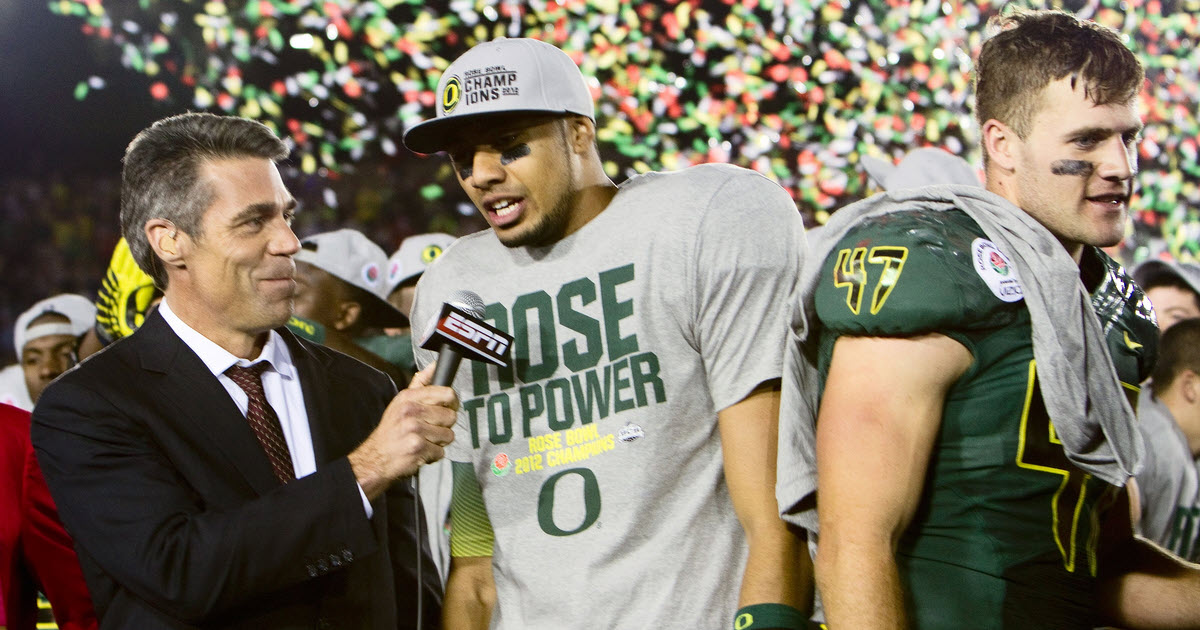 The Oregon Ducks celebrate their 2012 Rose Bowl win as a reward for a successful season.

Overall, when left out of actually being able to play with the Semi-Professionals on any sense of an equal playing field, the Traditionalists will decide to opt out of the College Football machine that is governed by the B1G and SEC and form their own league. They may even have their own National Championship Game that would have no interaction with the Semi-Professionals. In a lot of ways Division One Football as we know it today would split into Division I – Professional and Division I – Student-Athletes. This wouldn’t be too different than how FBS and FCS run their own National Championships and really only overlap for a few out-of-conference games a season.

Can This Future Be Avoided?

Yes, this future can be avoided, but it is highly unlikely to happen in the current environment with a toothless NCAA. What would need to happen is for NIL to be scrapped, which would most likely take a Federal Law as it would override any State Laws, and then be replaced with universities directly paying players all the same salaries. It wouldn’t matter if a recruit signed with Alabama or Oregon State; they would be paid the same. This would also require revenue sharing across all of Division I Football, or at least those within a traditional Power Five, so that every school received the same monetary payout regardless of Conference.

At this time, this isn’t going to happen.

But if the Great College Football Schism is to happen, where would you want Oregon to land in all of this? Your immediate answer may be the Semi-Professionals, but wouldn’t the Traditionalists be potentially more fun to watch?