Oregon just beat the master, and his offense. How can you say the Ducks are CK 2.0? This is a natural question, and I would even suggest that this short article will make a few of you angry at what I am going to suggest.

I believe the new Dan Lanning game strategy is a comprehensive one, combining both sides of the ball working in tandem the way that Nick Aliotti did with Coach Chip Kelly, yet adding a new element that was absent a decade ago.

And this game strategy is better…

Chip Kelly cannot succeed now at UCLA as he did at Oregon in the past, but he did give young 20-something old coaches (at that time) like Coach Lanning, Coach Tosh Lupoi and Coach Kenny Dillingham a unique game plan that much of the nation emulated a decade ago. Remember how we took pride in drives that were less than two minutes? It was a stat kept track of, and frankly I was watching for…“how is the average time per scoring drive doing?”

We were taught to ignore the TOP (time of possession), because scoring quickly would give the Ducks more time to put up even more points! The strategy was to score a boatload of points and implement the “Bend-But-Don’t-Break” defense on the other side of the ball. Oregon scores quickly, and the opponent is forced to work hard bit-by-bit down the field. Although their TOP was superior to the Ducks, because it took so long for them to score points–Oregon would prevail.

A typical Chip Kelly score was 52-31 and the media would be haranguing Nick about giving up that many points, yet when the other team has the ball two-thirds of the game…they are going to score more than usual. But not enough to beat a Chip Kelly team at that time! It was logical, as Chip fit the right type of defense to complement that offense and it worked. 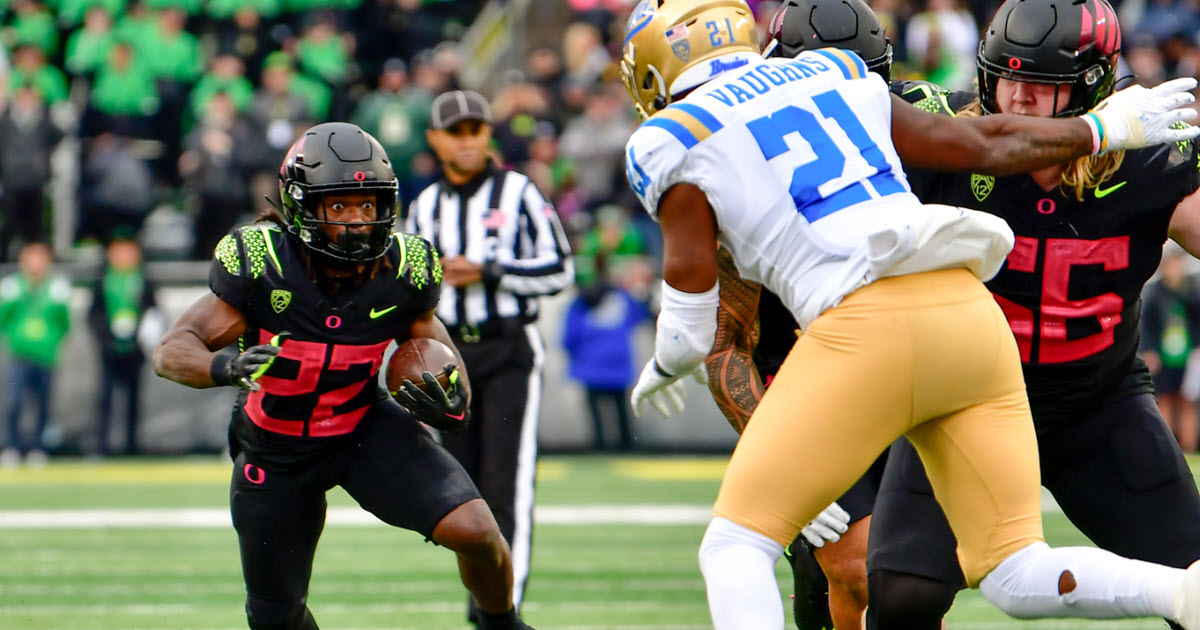 Hopefully your eyes will be opened like Noah Whittington’s to the impact of long game-shortening drives.

A Simple, Yet New Concept to Watch For

Most people understand that previous defensive concept would be “burning the clock,” but a tremendous coach taught me years ago a different way of looking at it: he explained how as a coach you should “shorten the game.” He would do the math to determine how much he needed to shorten the game so that his opponent would not have the time left for scoring enough to win.

He would determine the typical number of possessions in a game (his team and the opponent), and how long those typical drives would take. He would compute how much his team needed to score while implementing a shortening the game offense, thus his opponent could never catch up.

Coach Tony DeMeo had a 92% rate of winning when he had the lead in the fourth quarter due to his shortening the game strategy. This is strategy beyond the X’s and O’s, beyond the specific position techniques, but instead learning how to manage the game. Unlike baseball, softball, volleyball or tennis where innings or sets ends the game or match, football has a clock that marks the ending, and thus this coach wisely learned how to utilize that element in his favor.

This goes beyond time management before halftime, or the game’s final minutes; this is implementing a strategy to put the clock on your side throughout the entire contest. Coach Dilly: My Offense is NOT About Scoring Points

I was surprised to hear in an interview before the season how Coach Dillingham would refer to his goals on offense as “being efficient,” when I thought the question posed to him was centered around points? I wanted to know, “how many points do you want to average per game?” In today’s college football, you must score a ton of points with a 40 point per game average nearly mandatory for making the Playoff (many style points).

It was as if he heard my question, and asserted that he is not looking at an average number of points scored per game. He explained that in some games, you don’t have many possessions, so it’s more important to be efficient, to make the most of every precious drive. He wanted to study the average number of points per possession stat, and at the time–I thought he was blowing coach-speak smoke at us.

But after seven games, we now have numerous examples proving how he is combining the philosophies of both coaches above. Fox Analyst Brock Huard raved in the BYU game at how Oregon only had four possessions in the first half, but scored on all four for 24 points. Against UCLA, the Ducks had five possessions in the first half, and scored again on all five for 31 points.

My FishDuck Friends, that is remarkably efficient and is the reverse of the No-Huddle, Score-Quick offense that has a low time of possession. Our Beloved Ducks took their time in the first half to score and thus with a lead, made the game shorter, so more difficult in the second half for the Cougars to come back. When the Cougars closed to within of 38-20 of Oregon with 10 minutes left, a miracle was still possible for BYU if they could quickly get the ball back.

That is until Oregon went on a eight minute soul-and-clock-crushing drive to kick a field goal, shortening the game to only two minutes, and leaving the Cougars to only dream of what might have been had the men in white had additional shots at scoring. (Opposite of Stanford of 2018) This offense is not about scoring high numbers, but being efficient and shortening the game. The past two games of scoring on seven possessions in a row offer further proof of Coach Dillingham’s priorities, and it ain’t scoring quickly! Chip knew that game had been shortened too much for UCLA.

Coach Kelly had a real pained look on his face in the late third quarter (only 17 minutes in the game left), and it was not because Oregon scored again to make it 38-16. It was because the Ducks took half a quarter off the clock with that drive. (Seven and a half minutes!) He was ill because he was doing the math, and knew that he would not have enough time left and possessions to win the game.

It was frustrating for Chip that the Bruins could not score quickly, as they had the weapons in DTR, a stud running back and fleet receivers, but the darn Ducks made UCLA work very hard just to get smaller chunks of yardage down the field (taking tons of time off the clock), thus again…shortening the game.  Then after receiving a kickoff–he knew Coach Lanning would stretch the play-clock on every Duck down out to fullest, as he and Coach Dillingham have already proven in a little over half a season.

What Do We Call this Game Strategy?

This strategy is employing a defense that is conservative in the secondary, and conservative in the front seven. The objective is to make the opponent work hard and shorten their own game clock, hence it is an updated version of Coach Aliotti’s Bend-But-Don’t-Break Defense. What Coach Lupoi is doing matches up better with Coach Dillingham, as the 2022 Oregon defense plays percentages that work in the team’s favor because the game is shortened.

So the Ducks are utilizing a high-percentage defense with an efficient offense, and turning the clock into another weapon against the opponent to shorten the game? What do we call this strategy? This will be interesting to watch for the remainder of the season because…