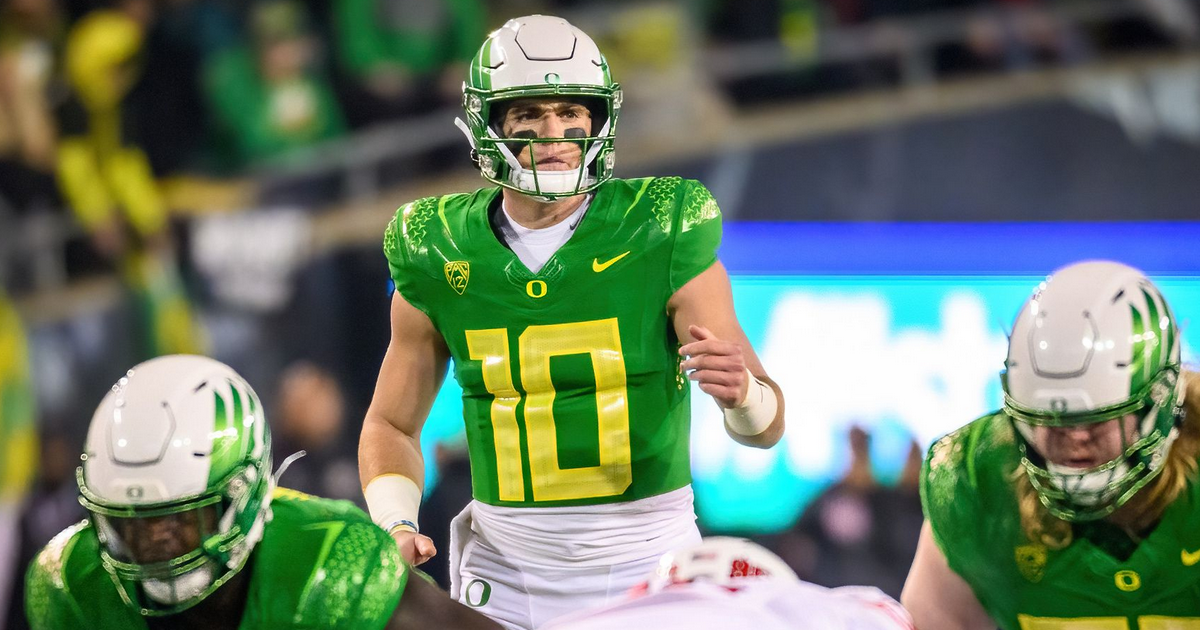 Oregon finished the regular season with a record of 9-3 with losses to Georgia, Washington and Oregon State. Most programs would kill for a 9-3 record, but to Oregon fans, this feels like a lost season in which the Ducks failed to meet their own standard. Oregon is not a blue blood; we have never won a National Championship, but a nine-win season feels like a disappointment.

So what does an expected season at Oregon look like now?

However, it took me days to get over the losses to Washington and Oregon State, and Oregon State stung more because the Ducks left the game slip through their fingers. Victories over rivals are some of the highest highs in all of sports, but defeats sure sting a whole lot more. It goes without saying that the two conference losses coming at the hands of the Huskies and Beavers hurt more than losses to anyone else.

Washington is a good team, and the Huskies’ offense was perhaps the worst match-up for Oregon’s defense all year. If it wasn’t for an injury to Bo Nix, Oregon probably would have won. And it is that injury that makes this loss hurt all the more. Oregon State’s Jonathan Smith is a good coach and should never be underestimated. He has a Beavers team that has taken the better part of four to five years to build. This Beaver team is a good team, and they frankly earned their win over the Ducks (who really seemed to give up in the fourth quarter).

Does it hurt? Yes.

But let’s also take into account here that the Ducks didn’t lose to an unranked team this year, and that in itself is a major improvement over previous years. In the Mario Cristobal era Oregon was always good to lose one or two games against unranked opponents.

It’s not like Oregon couldn’t win any games against ranked opponents — Oregon beat UCLA on a day that saw EPSN’s College GameDay return to Eugene for the first time in years. Oregon also defeated Utah in a game that saw Oregon’s defense show its true potential. Nix also gutted out an absolutely brutal game.

Additionally, at the time the game was played, Oregon knocked out a Top-25-ranked BYU team. We tend to discount this game now because BYU didn’t remain a Top-25 team, but the Cougars suffered their fair share of injuries and difficulties throughout the year. At the time, that game was considered to be the first big win of the Dan Lanning era.

The overall record Oregon had against ranked opponents at the time of play was 3-3, so that’s a decent record — nothing special, but also not a complete embarrassment. Bennett Williams and the Oregon defense led the Ducks to victory against Utah.

Is the Standard a Heisman Invite and a New Year’s Six Bowl Game?

At times it feels like the current Oregon standard is around getting players to the Heisman award ceremony, winning the Pac-12 title, and getting to a New Year’s Six Bowl game — ideally the playoff. At this time Oregon isn’t there, nor have we been since 2014.

In terms of the Heisman, since 2000 Oregon has only had three players appear in New York in Joey Harrington, LaMichael James and Marcus Mariota. Of those three, only Mariota actually won the Heisman. It felt like Nix had a chance to make a Heisman appearance this year, but with his late-season injury, he missed out on an invitation.

As for the other goals of winning the conference title, and getting to a New Year’s Six Bowl Game or Playoff Game, those are great goals but this Oregon team was not a complete team by any stretch of the imagination. The defense had some good games but on the whole it was a complete mess. The defense is going to be Lanning’s project this off-season. As Ducks fans we were given new life with this explosive offense, and this offense should be good again next year. This isn’t a complete team, though, and when Oregon’s defense needed to step up to win the games against Washington and Oregon State, it failed to do so.

This idea that the expectation for Oregon’s season needs to be Conference Championships and Playoff appearances is fine, but it is currently unrealistic. Oregon has only made the playoff once — in its inaugural year back in 2014 during the Mark Helfrich era. Since then, Oregon has brought in some of its best recruits in program history and hasn’t produced those results yet.

Oregon is without a doubt the most successful football team in the Pac-12 since 2010, but those seasons of great success aren’t the standard — at least not yet.