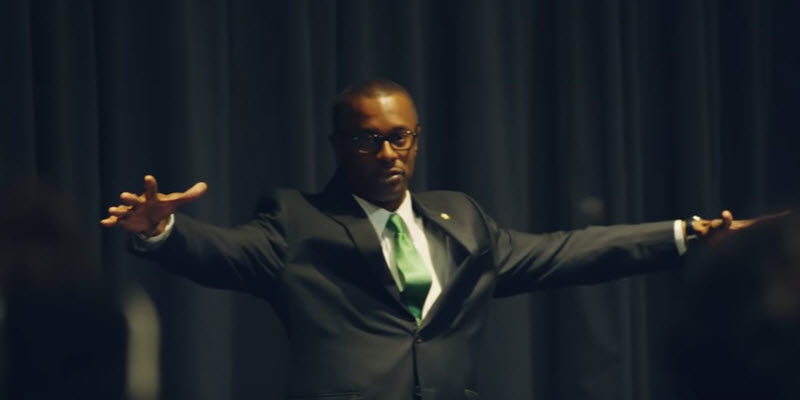 Many Oregon fans are so pleased with the recruiting results of Head Coach Willie Taggart that an argument could be made that he was almost heaven-sent perfect for our beloved Ducks. But look, nobody is perfect.

My title is true, and this is not meant to be the beginning of a “Canzano-type” hit article, but simply my observations–with which many might disagree (which is fine).

Let’s start by stating my admiration for what he has done in such a short time, and how I believe he is the perfect coach for us among the many coaches out there at this time. He will take us to recruiting heights never seen at Oregon, and with the expertise on the staff, it gives our beloved Ducks a real chance at getting back to and winning the ‘Natty. He’s one of us already.

When I watched the video of his introduction at his first press conference, and read the descriptions later about him being so enthusiastic, high energy, and charismatic, I watched for that in future videos. Then I attended the recruiting luncheon in Eugene this last week and listened to/saw him in person. I remain with the same impression I first had.

You see, this “enthusiastic” label did not fit right with the image I saw, and something did not quite seem right. But how could all these other reports be wrong?

Then I remembered to trust my own judgment; that nobody in the Oregon media noticed the new 3-4 defense at Oregon until I wrote about it in summer of 2010….and nobody thought a website of Oregon football analysis and editorials would do as well as FishDuck.com has done. Just because nobody has made the upcoming observation doesn’t make it invalid.

C’mon–we all have seen real enthusiastic, passionate public speakers in our lives. Heck, your own FishDuck gives public workshops about Planned Giving to Churches and Charities (I have one coming up in Eugene, and another in Salem). I’ve been told I am a very energetic, passionate, and almost charismatic speaker. I know one when I see it.

I’ll tell you what he is. He is a very smart, very analytical man who really is the intellectual type–the classic Xs and Os coach, and you heard his assistants rave about his football mind at the luncheon. I believe that, and as you listen to him being interviewed many times, and see him in person, it starts to make sense. His style (even his eyeglasses) give the bookish impression, and his demeanor of being carefully measured is precisely like the high-end intelligent people I’ve met through my sixty years of life. An important recruiting pitch for Willie.

That he is a cerebral type who is forcing the enthusiasm, and that inner conflict, from his real being is what I sensed and could not place at first. So why is he doing this?

Because he is smarter than most coaches, as he found through the course of rebuilding two programs that you cannot go into a recruiting visit with a dry analytical method and show the plan for rebuilding the team, what the offensive numbers will look like, and when the wins will come (yawn).

You have to show a fire, a passion, an “Eye of the Tiger” that the recruit has not seen from the other cerebral coaches calling on him like a Helfrich, Frost, Pellum, Neal, etc. He learned that it was necessary and that he had to dig up this outward obvious enthusiasm to achieve success, and he called on his inner will to produce it … and he does. How? You know the old motivational stuff from Dale Carnegie?

Don’t laugh, because it works. I know, because I’ve shown up to give a public presentation on a terrible night of sleep, or when I received some crushing news just before my speaking event. I felt like crap and had no zip and I knew it. So what did I do? I embraced the motto above and acted the part until real enthusiasm bubbled up. Uninterested and indifferent attendees turned into mildly amused ones, and then later became forward-leaning listeners with a focused and concentrated expression on their faces (you can really see this transformation of the audience as a speaker through the presentation). Just like a recruiting pitch–at that point you know you got ’em. They are not necessarily sold, but they are in your camp and believe in you and your message. Mr. Taggart has figured this out. Very wise.

What else besides his forced enthusiasm and obvious intellect? I came away with other key impressions; he is telling the truth, he is rock solid, and he is not someone who is going to BS you. He is real, and he has a curious calming effect despite the energy; you believe in him. I know I certainly do.

We can overlook that one point, the way I ask others to overlook my multiple failings. So … let’s not be critical of this “enthusiasm” issue, but compliment him for it. Augment his energy with what he has demonstrated as the full package of what a head coach needs to be: a tactician, a CEO, a leader, and a mentor.

I conclude that we are darn lucky to have him.

All photos above come from GoDucks.com Videos