After the Ducks’ impressive victory over Ohio State, I couldn’t help but to go a little tongue-in-cheek by lampooning my article from last week titled “Is Mario Cristobal the Next Les Miles?“

The Ducks finally put together the type of performance those critical of Mario Cristobal (including yours truly) knew they were capable of having, but hadn’t. After three years of regular underachieving offensive performances, the Oregon coaching staff put together a masterpiece. The Oregon offensive had rhythm, flow, and continuity. The play calling was not predictable nor lacking in scheme. The opposing team’s defense was often out of sorts and playing on the back of their heels.

Sure, Oregon’s talent and depth across the board has improved, but Saturday’s game was much more than just an improvement at, for example, wide receiver. There was an amazing plan of attack that was then executed in a way we had not seen during Cristobal’s tenure. Was Marcus Arroyo just not that good? Had Mario backed off from this “play tough, not smart” mentality? Would we perhaps have seen this type of performance last year if Joe Moorhead had a full off-season to install his offense? Maybe a combination of these things? 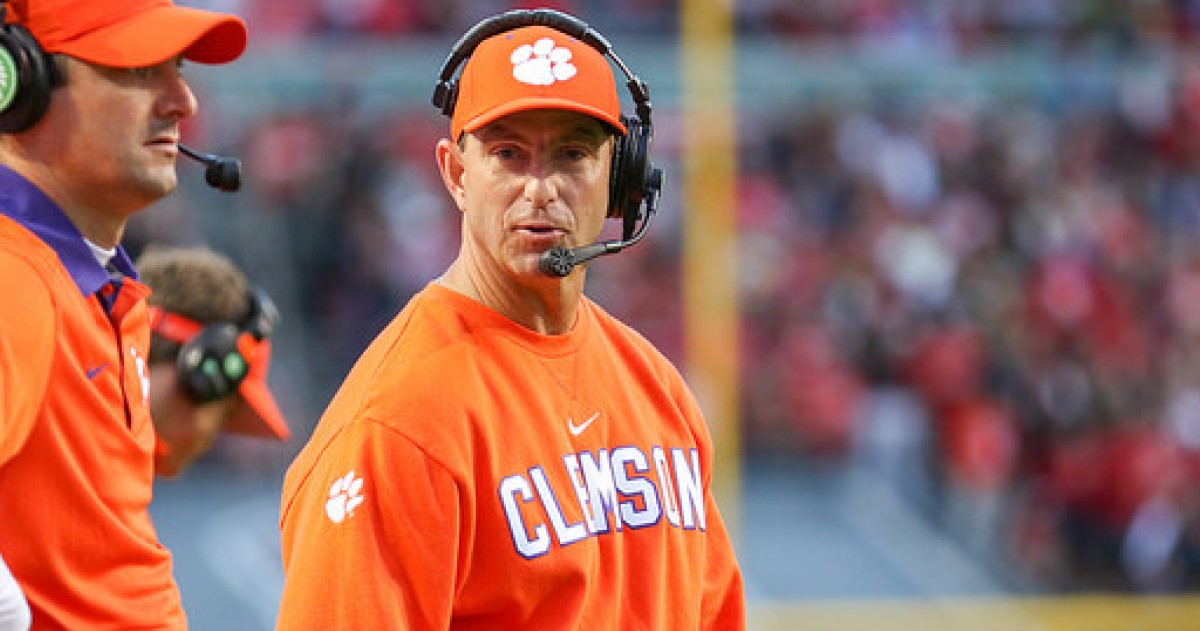 Can Cristobal mimic the success of Dabo Swinney?

I have many questions, but only time will provide the answers. With Stony Brook on the schedule for this Saturday, we have a little extra time to savor one of the biggest wins in Oregon history. And we should all enjoy every moment of it. But, let’s not forget that the lousy performance against Fresno State was just one game, and so is the victory over Ohio State.

When looking at the recent success of a head coach who took an underachieving football program and turned it into a perennial championship-winning program, it should make you feel good if you’re a Duck fan. Dabo Swinney has turned Clemson into a college football power, while Cristobal hopes to achieve the same thing. 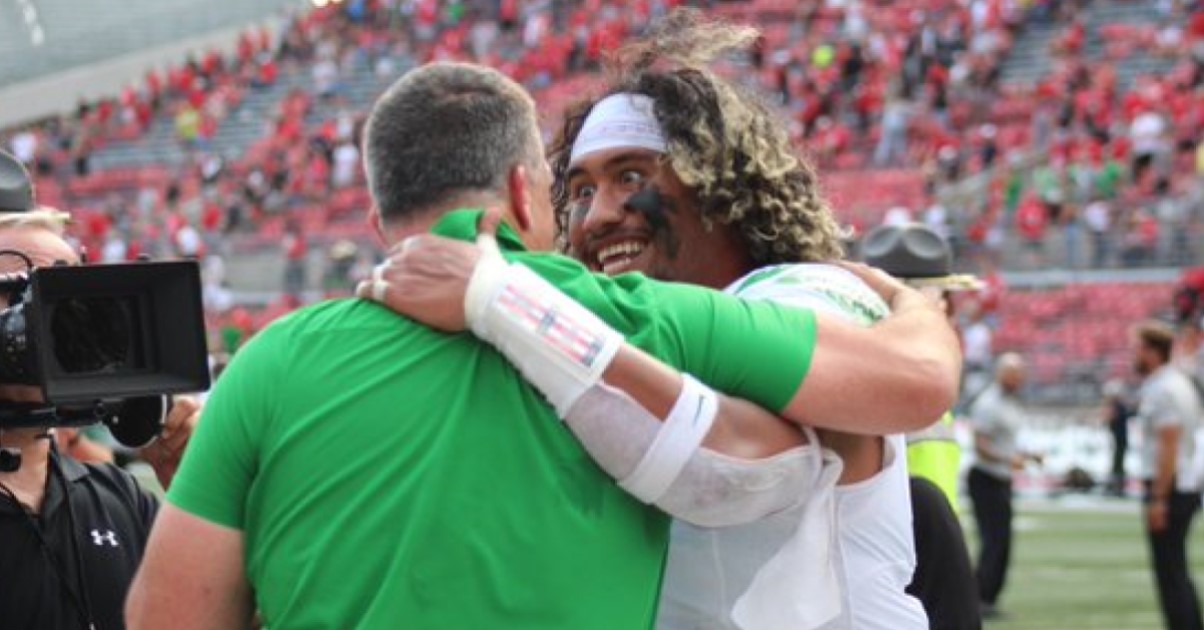 By the time Clemson reached its first CFB in 2015, its average class ranking had increased to 15th. After again taking out Swinney’s first-year outlier (ranked 37th), his class average was 12th. In the four years leading up to his first College Football Playoff, Swinney’s classes had an average rank of 11th.

BCS/New Year’s Six Bowl: Swinney reached the Orange Bowl in his third full season, which resulted in an Orange Bowl loss. In his second season, Cristobal won the Rose Bowl.

College Football Playoff/National Championship: Swinney reached his first CFP in his seventh full season and won it all in his eighth. Cristobal hopes to achieve these very soon.

Swinney proves that you don’t have to be a Top-10 recruiting power to reach the CFP, but of course, the Ducks are! This is what made the win over Ohio State so exciting. Cristobal put the pieces together to win arguably the biggest non-conference game of the year. Based on recruiting and reaching a top-tier bowl, Cristobal is ahead of Swinney and the hope is that this trend will continue as the Ducks look to once again reach the College Football Playoff.